While in Arizona this spring, I caught up with Padres top prospect Austin Hedges to discuss the art of catching and his development as a player. The Southern California native was ranked the no. 1 prospect in the San Diego system and no. 19 in baseball by Baseball Prospectus this offseason. And in our recent look at the top glove tools, we named him the top defensive catcher in the minor leagues, citing his “tremendous footwork, a quick transfer from the glove to his throwing hand, a lightning-quick release and an arm that rated as one of the best in the minor leagues,” in addition to his excellent blocking, framing, and game-calling abilities.

Entering his second full season of professional ball, the 20-year-old Hedges will open the 2013 season at High-A Lake Elsinore. He’s coming off an impressive performance last summer at Single-A Fort Wayne, where he hit .279/.334/.451 while flashing potential plus-plus defensive skills in 96 games.

The video embedded below leads off with a clip of Hedges gunning down a runner at second base. He popped 1.83 seconds on the throw from home plate to second (average is typically considered about 2.0). It’s an excellent example of what makes him such a special defender, flashing the complete package of plus-plus arm strength, agility, and glove-to-hand transfer.

Hedges caught two runners stealing against Seattle’s Double-A team that day. And he certainly has confidence in the arm. Both times, he was well on his way to the dugout by the time the throw had reached second base. (H/T to @PadresProspects for the still; click to enlarge.) 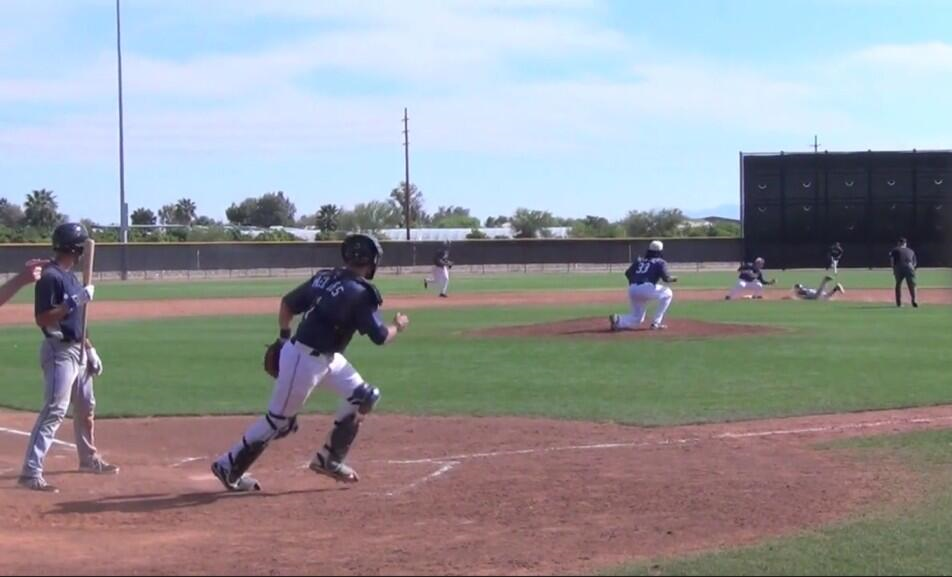 Reply to JPinPhilly
crodriguez
When he introduced himself I thought he said "I'm Awesome Hedges". He probably thought it.
Reply to crodriguez
DeathSpeculum
love this. looking forward to more of these.
Reply to DeathSpeculum
LoneStarDugout
Thanks! I believe we'll have Archie Bradley of Arizona coming up next.
Reply to LoneStarDugout