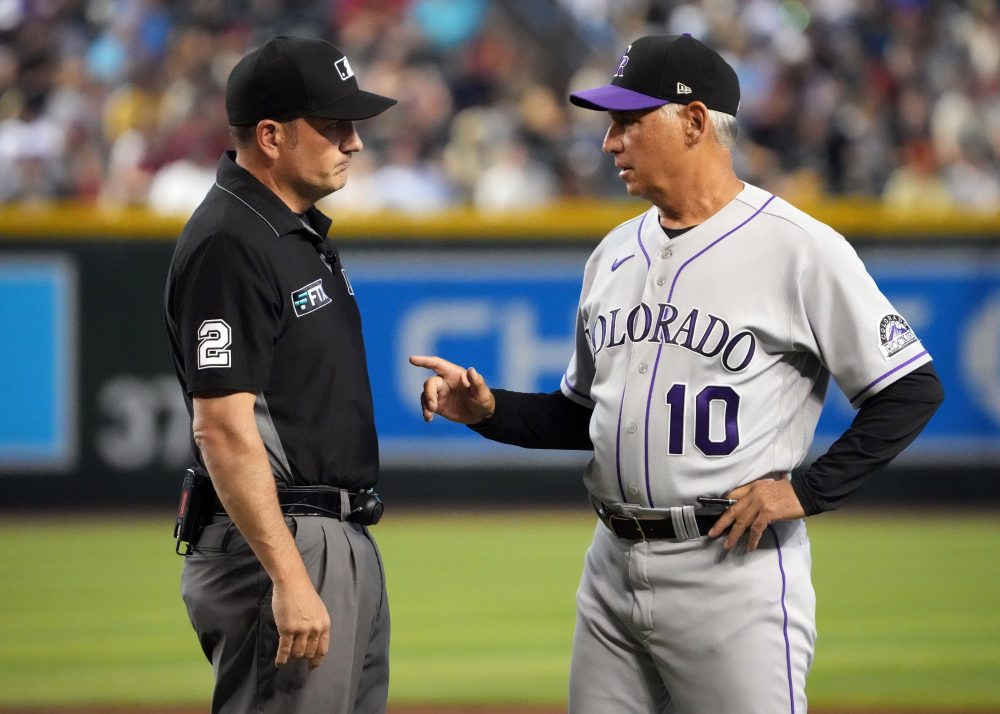 The Official Baseball Rules as currently constituted were first adopted by the Professional Baseball Playing Rules Committee of Major League Baseball on December 21, 1949. The official rules theoretically apply to all baseball, in contrast to the (longer) Major League Rules. They have been recodified, amended and adopted at least sixty times in the intervening decades. Despite this willingness to make changes, large and small, there exist to this day numerous ambiguities, vagaries, and examples of conclusory drafting.

We thought it might be an interesting exercise to introduce readers to the official rules by approaching them in a similar fashion to how an annotated statute does in law. In statutory research an annotated statute is an excellent jumping off point for further inquiry. Where a statute as adopted may seem cut and dry and without any room for ambiguity, multiple forms of analysis (case law, innumerable law review articles, treatises, etc.) illustrate the play between the joints. Annotated statutes provide references to some of these secondary materials, but most importantly they illustrate the operative effect of the words in the statute – in other words, they help translate the statute into somewhat more plain language and often will illustrate scenarios that the law does not consider. We hope to do the same here.

Not all laws are well drafted. Broadly speaking, a well drafted law will be comprehensible, navigable, and tailored to the parties that are bound by it. A comprehensible law is, as you might expect, one that is easy to read and obey – it is clear what is permitted and what is not. A navigable law is one that is organized textually in such a way that you can find all the relevant portions to a given set of facts. For example, there shouldn’t be a main section that speaks to an issue in depth and one hidden clause in another section that contradicts it. One should be able to navigate the law and ascertain with some level of certainty what they can or cannot do – most legal regimes fall down to some extent here. A tailored law is one that is drafted in such a way that it makes sense to the individuals and groups that fall under its sway; it exhibits a level of clarity and detail befitting both what is at stake and who will be expected to read and obey it. These three attributes are not exhaustive and have significant overlap, but they are a good starting point when judging the effectiveness of a given piece of legislation – be it federal, state, municipal, or baseball.

The way we are going to organize this exploration reflects how the official rules are organized. There will be 10 sections, one each for the nine sections of the official rules and one section summing up and exploring some of the additions and addendums. Where clarity demands it, we will quote from the official rules. Where readability demands it, we will sum up a section or paraphrase. As we explore the rules, keep in mind the above three elements of a well drafted law and consider how the rules hold up and what changes, if any, might need to be made.

Without further ado, let’s get started. We will be working from the 2021 Official Rulebook, in case you would like to read along.

The first section of the official rules lays out in broad terms the objectives of the game. Before we get to the text, please indulge in the thought exercise of trying to explain the objectives of baseball in your own words.

The official rules sum it up in 139 words, including subheadings:

1.01 Baseball is a game between two teams of nine players each, under direction of a manager, played on an enclosed field in accordance with these rules, under jurisdiction of one or more umpires.
1.02 The offensive team’s objective is to have its batter become a runner, and its runners advance.
1.03 The defensive team’s objective is to prevent offensive players from becoming runners, and to prevent their advance around the bases.
1.04 When a batter becomes a runner and touches all bases legally he shall score one run for his team.
1.05 The objective of each team is to win by scoring more runs than the opponent.
1.06 The winner of the game shall be that team which shall have scored, in accordance with these rules, the greater number of runs at the conclusion of a regulation game.

Not surprisingly, the overarching objectives section is very high-level. Reading the sections gives you little by way of a mental picture of what the sport entails. Taken alone, it would seem completely legal for the defensive team to take one of the offensive team’s bats and “prevent offensive players from becoming runners, and to prevent their advance around the bases” by force. Alas, hopefully without giving anything away, that isn’t allowed.

The most important phrase in this section comes in 1.04, clarifying that when a batter touches all of the bases “legally,” he shall score one run for his team. This is an operative word and will do a lot of the heavy lifting when it comes to restricting the sorts of Yackety Sax-backed antics you can envision that would technically not run afoul of these rules. The rest of the rules essentially act to lay out what constitutes a base touched legally, but 1.04 gives the most abstracted version of the rule.

In terms of ambiguities, we hit a big one pretty quickly: what exactly constitutes an “enclosed” field? The term has been in the rules going all the way back to the first incarnation, in 1949. “Enclosed” is not used again in the rules save for requiring that visiting benches be roofed and enclosed at the back and ends, so it is never further clarified. One can assume the initial drafters were imagining a fence, rather than something like a dome, but clarity in drafting should aim for the reader never having to assume. Fences are spoken of throughout the rules, so more clarity was certainly at hand. Can a field be said to be enclosed by corn, for instance?

Finally, we should call out the exclusive terms of gender now, when we first encounter them – in the very first rule. The rules are replete with “he” and “his.” The official rules should never have been limited to only men, and that is a wrong that is slowly being corrected. If Major League Baseball is committed to inclusivity, let this be the last edition of the Official Baseball Rules to contain this exclusion. We won’t mention such language of exclusion each time we encounter it, merely owing to its ubiquity.

This is the first part of a 10-part series breaking down the Official Baseball Rules. It was light on analysis and heavy on introduction, but we hope you will continue to follow along with us as we move into the meat of the rulebook. Coming up in Part 2 we have THE PLAYING FIELD.

You need to be logged in to comment. Login or Subscribe
specialkman
If MLB really wanted to induce a run scoring environment, they should stop messing with the ball and turn all the walls in the outfield into trampoline like surfaces. A ball smacked off the wall can easily get away from an outfielder and allow for a lot more triples and inside the park home runs.
Reply to specialkman
hardyworld
Great start! I'm looking forward to the rest of the series.

I do have 1 rules question that has bothered my for 25 years: The MLB rules (from 1997-2019 & 2021) had rule section 5.11(b) concerning DH use in inter-league games. However, this rule is silent on its application on inter-league games that are non-exhibition and non-World Series. So why were the umpires not following the rules when they allowed the use of DH in these regular season inter-league games? The umpires have taken very literal/silly interpretations of the official rules over the years (official catch rule on transfer of ball to hand back in 2014, obstruction rule for at the plate in 2011-2012, etc.), but why didn't the umpires ever apply the DH in inter-league games in accordance with the written rules?
Reply to hardyworld
aleahey
Thanks for the compliment!

There may be a case-specific reason for why they applied those rules to non-exhibition or WS games, perhaps in the (longer) MLB rules. Barring that, in statutory interpretation there are what are called "canons of construction." They're essentially heuristics for interpreting a statute -- you might have heard of the "ordinary meaning" canon of construction, which is the idea that words will be assumed, when not explicitly defined, to carry their ordinary meaning. Another, that may be in play here, is the so-called "omitted case canon." It stands for the proposition that a case that is not covered by a statute should be considered to be covered. In other words, the rules don't say what to do in the case of a non-WS or exhibition game, so they defaulted to just applying the closest rule they do have (how the DH is used in a WS or exhibition game).

Great question and I'll mull it over and hopefully have some more to add by the time we get to section 5! :-)
Reply to aleahey