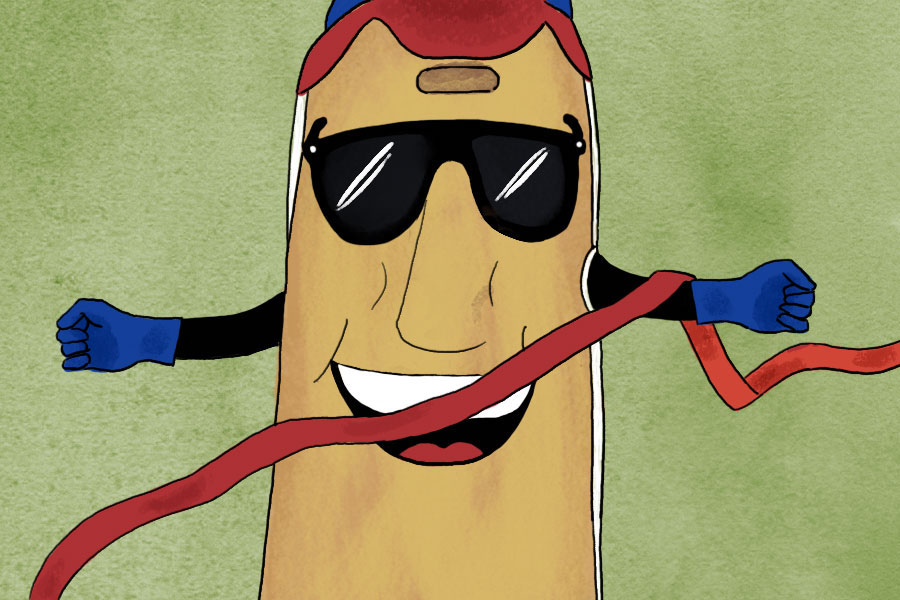 Too Far From Town shines a light on the 42 minor league baseball teams that lost their major league baseball affiliations. The West Virginia Black Bears were a Short-Season Class-A Pittsburgh Pirates affiliate. They are now in the MLB Draft League, a collegiate summer baseball concern. You can read previous installments of the series here.

“To be good, and then to be left with the impression that one is bad is the tragedy of life.” – Norman Mailer

Double-Stuffed Dave had enough. He was walking away. Or rolling away, since he was a pepperoni roll. Dave was definitely moving on. Whichever verb one used made no difference to him. Not anymore.

After starting his career 0-150, Dave announced that the 2019 season would be his last as the perennial third place finisher of the Julia’s Racing Pepperoni Rolls heats.

It’s hard to blame him. While any rational entity knows believing the world is out to get you is the thought of someone who thinks awfully highly of themselves, consider some of the unconscionable ways Dave lost the previous four years. Like when an Elf on a Shelf crashed Monongalia County Ballpark, months before Christmas, just to acquaint Double-Stuffed Dave intimately to the synthetic turf. 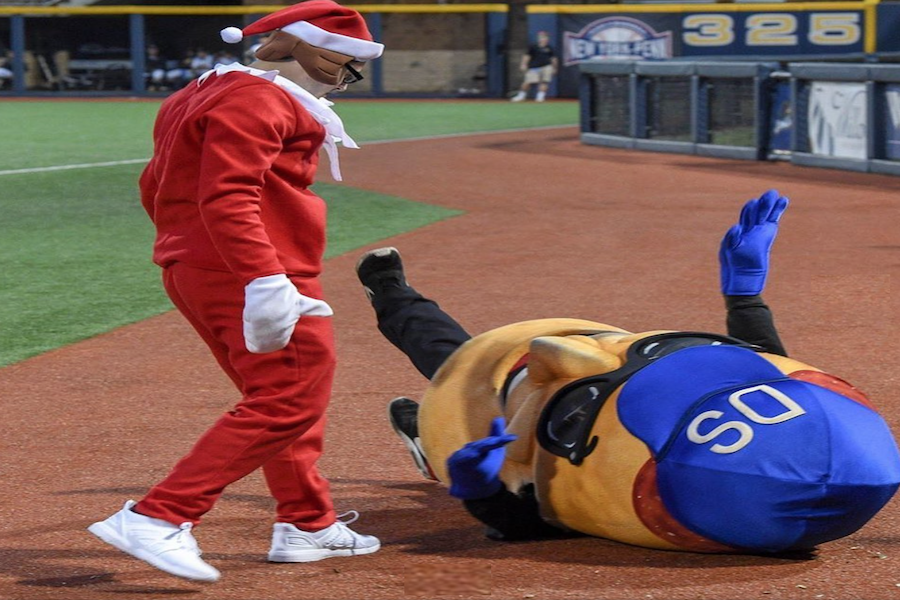 Dave must have known he sometimes did it to himself, just him, him and no one else. Unlike his fellow “loaded” pepperoni roll opponents, Hot Pepper Hank and Pepperoni and Cheese Patty, Dave always wore sunglasses, even at night.

Double-Stuffed Dave must have believed his own reverse hype eventually. Losing 150 times will do that. Gradually becoming the “lovable loser” cemented it in his mind, solidifying into a block that crushed any stray positive thoughts that entered his noggin.

He lost every 2015 race, the Black Bears’ inaugural season, the one year they won the New York-Penn title. In other words, Dave was the one and only loser in the entire organization.

And he just kept on losing, in front of the likes of Steven Brault and Connor Joe and Gift Ngoepe and Austin Meadows. He lost every time in 2016, 2017, and 2018.

Oh-for-three years. A lot of change happened during those years. Except across the Monongahela River in the town of Granville, West Virginia.

Maybe that was what made Dave’s lovable loserdom so “lovable”. Or maybe relating to the humbled was deeply baked in the pepperoni roll that is Granville. The town was originally named Grandville, but in 1830 they dropped the ‘d’ because another town in the state already laid claim to it. No fist-flying was involved. No arguments. Granville didn’t want any trouble. They weren’t grand? So be it.

The losing hurt Dave. He knew the backstory, the one that said Grandma Julia made three pepperoni rolls “with love” one night, using a “secret ingredient” that brought Dave and his two siblings to life. Does that mean Julia had a little less love for Double-Stuffed Dave? What made Hot Pepper Hank and Pepperoni and Cheese Patty more worthy of Grandma Julia’s affections? Weren’t they all signature pepperoni roll variations from Chico Bakery? Did Julia cram Hank and Patty with that ineffable winner gene along with chili and cheese, and not Dave? He got the answer to that question 150 times.

Some credit must be given to Double-Stuffed Dave for not just giving up and announcing his retirement during the offseason, quietly retreating into the shadows. Dave’s press conference, when he (via his larynx-blessed representative) said he was giving it one more year before hanging up his shades, was really an announcement that what you heard about Double-Stuffed Dave is wrong. Always losing is not in fact how this pepperoni roll rolls. Would a loser just quit? No, a loser would not.

Dave started his farewell year 0-39. Then on August 30, 2019, the West Virginia Black Bears played their final regular season home game. It was Double-Stuffed Dave’s last chance to win a race.

Or did he? Think of Albert Camus’ The Myth of Sisyphus. Camus argued Sisyphus was the only truly happy person in this world. He had a purpose in life: to push that boulder up the mountain, over and over and over again (more than 190 times). Everyone else walks around miserable, believing they have a purpose in life but just don’t 100 percent know what it is, thinking they will someday get it. Life is absurd, Camus wrote. Purpose shmurpose. Pay attention to how silly all of this is, and don’t ruin anyone else’s good time. Live your life. Double-Stuffed Dave’s purpose was to be the Charlie Brown of Granville. To make everyone see themselves, and know life could always be worse. So be it.

Dave also won in the literal sense. I was only kidding before.

The Black Bears lost that night to the Batavia Muck Dogs. For once, Double-Stuffed Dave was the only winner representing the neighborhood. Things can flip just like that.