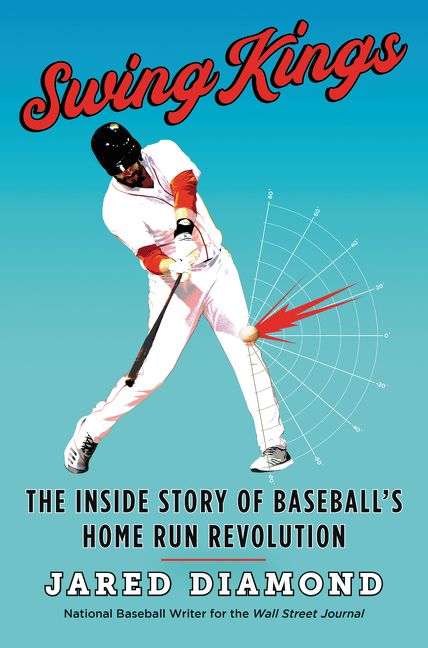 This excerpt is brought to you by a partnership between Baseball Prospectus and the Pandemic Baseball Book Club, a collective of baseball authors focused on the principle of cooperation over competition. Check out their conversations about baseball books and much more at pbbclub.com, and on Twitter at @pandemicbaseba1

After years of consternation and debate surrounding the rising home run rates across Major League Baseball, the sport’s top brass is taking a small step in the direction of curbing the unprecedented power surge. MLB has slightly deadened the baseball itself, bringing the coefficient of restitution—the bounciness, essentially—back to the middle of its specification range. The change is expected to have only a modest effect.

In fact, the tweak might even have less of an impact that many fans realize. Back in December 2019, a panel of scientists commissioned by MLB concluded that only 60% of the recent uptick in homers was caused by the composition of the ball. They attributed the other 40% to what they described as a “change in launch conditions.” Or, put more simply, how hitters swing the bat.Baseball is in the middle of a fly-ball revolution that has caused fundamental rethinking in how batters swing. The level or downward swing still taught in Little Leagues across the country has given way to a slight uppercut, an approach that for decades would have been considered sacrilege inside the industry. Just 43.3% of balls in play during the pandemic-shortened 2020 season were on the ground, according to Stats LLC. That’s the fewest since at least 1987, which is as far back as Stats tracks such curiosities. The second lowest ground-ball percentage during that span” Oh, just 43.5% in 2019.

Many of these changes started in a surprising place: outside the system with renegade coaches, many of him never played professional baseball themselves. At the beginning of the fly-ball revolution, there were people like Craig Wallenbrock, a former surfer and self-proclaimed “pot-smoking hippie,” who used video analysis to study swings decades before such a practice was considered mainstream in the baseball world. He went on to play a key role in the transformation of J.D. Martinez.  Later, others like Bobby Tewksbary would utilize the power of the internet to study components of the swing that few others were capable of seeing. These were the pioneers in a hidebound industry.

In 2015, Major League Baseball finally brought some of these technological advances to the masses, turning a small movement into a full-blown revolution. That’s the year when the league debuted Statcast, a sophisticated player-tracking tool that uses radar and high-speed video to provide data that previously had been unmeasurable.

Statcast introduced to the lexicon the term “launch angle”—the vertical angle at which the ball leaves the bat after being struck. Every baseball that has ever been hit with a bat throughout human history has had a launch angle. It’s a measurement, nothing more. But it wasn’t until the advent of Statcast that analysts could track it. Once Statcast went live, an arms race broke out across the baseball landscape to understand this new treasure trove of information. Quickly it became clear that the ideal batted ball has a high exit velocity—another measurement made possible by Statcast—coupled with a launch angle of 25–30 degrees. Launch angles above 30 generally lead to routine pop flies, and very low launch angles result in (gasp) ground balls.

In the years that followed, launch angle exploded, emerging as a savior to some and the ultimate bogeyman to others. Launch angle data helped identify players who generally hit the ball hard but too frequently on the ground, suggesting that they might consider a swing change. Hitters like Christian Yelich, Jed Lowrie, and Yonder Alonso saw their production soar when they turned their sharply struck grounders into balls in the air, demonstrating the power of Statcast when utilized correctly in coaching.

Some critics saw launch angle as nothing more than a fad that was ruining baseball, and they blamed it for the rise of strikeouts across the game. Critics labeled players like J. D. Martinez and Justin Turner “launch angle guys,” as if it were some sort of pejorative. In a June 2017 piece for ESPN, baseball writer Buster Olney quoted a host of anonymous baseball officials dismissing launch angle as a concept. One American League staffer said, “Changing every hitter’s swing to produce a better launch angle is a mistake.” A National League talent evaluator added, “I think too much is being made of fly balls and launch angle in general.”

These people weren’t necessarily wrong. Indeed, simply chasing “launch angle” without a full understanding of how to do it is a good way to ruin a swing. After stories about Turner’s and Martinez’s surges rocked the baseball landscape, plenty of hitters attempted to mimic their success by changing their swings to improve their launch angle—almost always without the assistance of an outside coach. Most saw their performance decline.

It’s for that reason that most of the renowned “Swing Kings” avoid talking about launch angle at all, creating a lovely bit of irony: the people most often thought of as disciples of launch angle don’t actually use the term “launch angle” to describe what they do. Craig Wallenbrock called launch angle “misunderstood and way overplayed.” Martinez, a hitter who understands a thing or two about the swing, said, “People don’t understand— they just say ‘launch angle swings’ without breaking down and understanding what they are and what they do.” David Matranga, a former player and current agent who works with New York Yankees slugger Aaron Judge, put it best: “Launch angle is a by-product of swinging correctly.”

Whatever the case, this much is certain: Launch angle, for better or worse, is now a part of the baseball vocabulary and will be for the foreseeable future. In spring training in 2018, Marc Topkin of the Tampa Bay Times saw the Rays conducting a most unusual drill. The team had positioned a wall of giant screens all around the infield, on the lip of the grass. Their presence sent a clear message: the goal is to hit the ball over the screens, not into them.

Here was a major league team actively preaching the gospel of the air-ball and taking a tangible step to encourage buy-in from its hitters. An idea once limited to the mad scientists on the outside had entered the mainstream. Now everyone knew about “launch angle screens.”

“Even a guy that is your speed guy that looks to slap the ball the other way and let his legs run, he can still benefit from getting the ball off the ground, up in the air,” Rays manager Kevin Cash told me. “We’ve done countless studies that say that trajectory more times than not benefits everybody.”

This passage has been excerpted from Jared Diamond’s Swing Kings: The Inside Story of Baseball’s Home Run Revolution, which will be released in paperback by William Morrow on March 23.