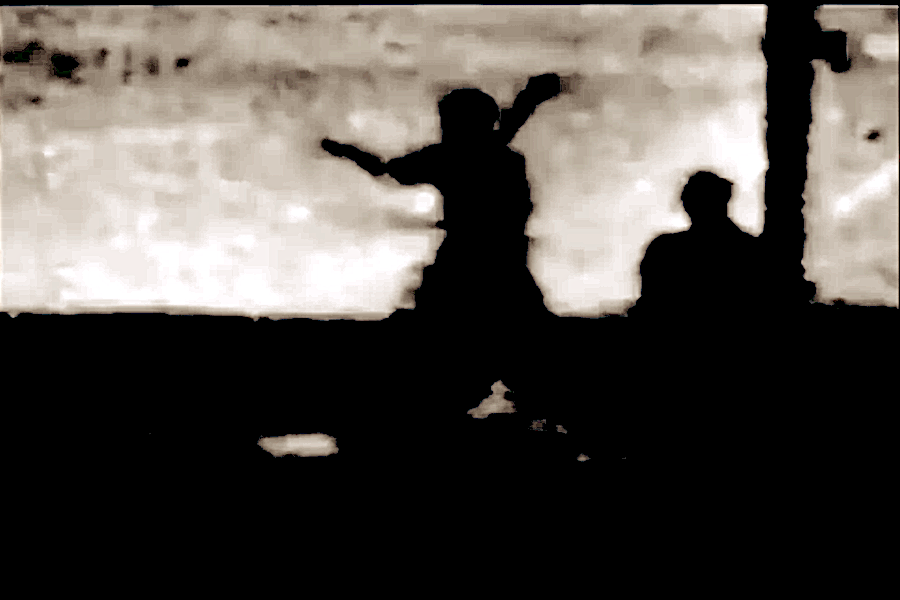 Cards on the table, this was supposed to ostensibly be “about” “something else,” although the star of both the aborted vehicle and the feature presentation you are currently taking in are one in the same. This was “supposed” to be about the playoffs, specifically the teams who hit a particularly high number of home runs during the regular season participating in the playoffs, and the theory among the baseball-watching proletariat that teams who particularly love to show off their muscle in the ballyards from March through September exit the big October dance sooner than teams who appreciate the art in singles, stolen bases, and other sibilant sound-inducing strategies, and with the extra time in October the big time chokers have more time to pump iron, no period days period off period for the vicious cycle.

The Mains Man proved this theory to be pure silliness. He found that from 1950-2018 more homer-reliant teams during the regular season did not particularly do any better or worse in the playoffs than opponents with a “more balanced” offensive attack. After teams that out-dingered their opponents in a game started this postseason 19-1, I wanted to see what the all-time MLB postseason record was. Then Mike Petriello came up with the same idea, then was smart enough to write and get his article published while I was reliving the World Series from the 1920s. My new arch nemesis found that since 1969, teams that outhomered their opponent in the playoffs had a .780 winning percentage, actually higher than during the regular season (.736).

Not that it matters. Some people out there could read 1,000 articles proving it’s more than fine to rely on the home run in October and go on continuing to roam the planet not believing it. I’ve found that most of those people are Yankee fans. It might be because I reside in Brooklyn, but it would make sense that Yankee fans more than anybody would believe a team that hits a lot of bob-ombs is doomed in the playoffs, right? There’s an obvious, superficial explanation for this. In 2017, the Yankees led the majors in homers, and lost in the ALCS. In 2018, the Yankees led the majors in homers by a 32-dinger margin, then lost in the ALDS. In 2019, they missed out on leading all of baseball in the homer department by one measly dinger, and lost in the ALCS. In 2020, they were only 5th in the majors in four-baggers, but I guess they should have come in 30th, for they lost in the ALDS.

(I get it. I really do. If you asked me to guess the winning percentage of pitchers making their major league debut against the Mets is, I would pretend to think about it for a full second before saying 1.000. Tim Britton of The Athletic in 2018 tweeted the Mets were at the time actually 36-25 against newbies. Britton used research. I trust him. Totally. 100 percent. Except with that.)

I think there is a deep-seated reason too. Scanning the World Series play-by-plays from 1903-1952, during the blessed days before Mike Petriello deprived me a rare moment of satisfaction in my miserable, second-always-to-Mike-Petriello existence, I remembered the strange way Game 7 of the 1926 World Series ended. Babe Ruth, who had homered in the 3rd inning, walked with two outs in the bottom of the ninth, Yankees down 3-2 to the Cardinals. With Bob Meusel at the plate, Ruth was…caught stealing, giving the Cards the championship. It was not the first time the team that hit more home runs did not win a Fall Classic affair, but it definitely was the most memorable, at least for a long while. Especially in New York. Ruth was supposedly not in that bad of shape in 1926, and of course he was athletic enough to be a proto-Shohei Ohtani in the beginning of his career, but Babe Ruth became Babe Ruth as a masher who made baseballs fly very very very far away. In fact, he hit three home runs in Game 4 of that ‘26 series (a Yankee win, of course.) Babe Ruth hits home runs, and when Babe Ruth tried to do something remotely sporting, he cost us a championship. It didn’t matter to some Yankee fans that he won three titles as a Yankee after 1926. He was caught stealing in 1926. I wouldn’t be surprised if a fan approached Babe Ruth at McSorley’s long after those World Series victories, asked him not to take his beer while he took a piss, then said, “Because we know you’ll get caught.” (Babe Ruth most certainly severely maimed this man, then paid for his medical expenses, making a friend for life.) Yankee fans know stacking your team with home run hitters won’t win you a title. They just do, numbers be damned.

During my mostly pointless study into the past, I discovered that in his first plate appearance in Game 4 of the 1932 World Series, Babe Ruth was plunked. Beaned. Hit by a pitch by Cubs hurler Guy Bush. I laughed, because the previous day was when Ruth hit a home run after calling his shot.

Maybe called his shot. The incident is in the news again, after a radio clip of Gehrig confirming the Ruth called his shot theory was unearthed last week. With all due respect to the fine folks at The Fleischmann’s Yeast Hour, celebrities don’t always tell the unvarnished truth on radio or television. Both Ruth and Gehrig struck out against a 17-year-old woman named Jackie Mitchell a year earlier. Most sportswriters proclaimed the two to be chivalrous heroes for not trying to get a hit off of her, without asking Ruth nor Gehrig themselves if they purposely whiffed. Ruth and Gehrig neither confirmed nor denied the media’s assumptions the following day, leading some people to believe they totally struck out on purpose. God forbid a woman struck out Babe Ruth, right?

There was video of Mitchell’s strikeout against Ruth, as there is of Ruth “calling his shot”. It’s unclear if he even extends his finger all the way, let alone where he is pointing. Eyewitness accounts differ on whether he was pointing to center field, pitcher Charlie Root, or the Cubs dugout. He hit a home run on the next pitch is all we know for certain. What’s also certain is it’s a far cooler story if Babe Ruth said he was going to hit it over the center field fence at Wrigley Field and then hit a baseball over the center field fence at Wrigley Field. And if you want to believe that, you’ll see what you want to see in the video, and hear what you want to hear in Lou Gehrig’s voice.

I thought Guy Bush beaning might truly be a clue. Considering the Unwritten Rules, if Ruth really called his shot, you would think there would had been some physical retribution from the Cubs. Sure it was the World Series, but interleague play would not exist for another 63 years, and the Cubs were down 3-0 in a best-of-7 series, so it was unlikely they would play Ruth and the Yankees for quite awhile (ever again).

Oh, but that’s regular season talk. Bush walked five in 5.1 innings in Game 1 at Yankee Stadium. He had hurt himself pitching the week before. A hungry writer wrote that the top of Mudcat’s right finger “looked like the sawed-off end of a raw ham.” After the Series was over Bush admitted to the injury without making it sound like he had a legitimate but wimpy excuse for his performance, saying “I can take it and any guy who can’t shouldn’t be in this business.” All the same, Ruth’s right forearm was swollen after the game.

Francis J. Powers in the Fort Worth Star-Telegram wrote that Ruth pointed at Bush before his famous Game 3 homer, after Bush heckled Ruth all afternoon long from the Cubs dugout. When Ruth came up to bat in Game 4, Ruth said something “that need not be printed” to Bush, and the reason why Bush was taken out after only facing five batters was because Ruth “tormented” Bush endlessly on the basepaths.

The Kokomo Tribune informed its Indiana readers that Ruth and Bush “shook hands and parted friends” before Game 4 began.

Thankfully, it is undisputed that Babe Ruth’s final two home runs of his career, numbers 713 and 714, were hit off of the same pitcher in 1935.

You bet your ass they were off the Mississippi Mudcat.

On May 25, 1935, when Ruth homered off of Bush for #713, things were a lot different. Ruth was the ancient age of 40. He was playing for the Boston team in the National League. Bush was a Pittsburgh Pirate.

That first homer off Bush in Pittsburgh was a cheapie.

On the occasion of Hank Aaron about to slug #715, Bush was asked about Babe’s #714. Bush remembered that the Forbes Field crowd was riding Ruth all game long, like a bunch of Guy Bushes from two years earlier. Bush figured he would throw three fastballs right by the aging legend “and see what this crowd could do and get my laugh on him.”

Ruth looked at strike one as if it were a lazy softball. Bush continued with his grand plan and threw another fastball. Ruth hit it really, really far. There’s dispute over how far, whose house it hit in the tri-state area and so forth. Of course there is.

“I’m telling you, it was the longest cock-eyed ball I ever saw in my life,” Bush recalled.