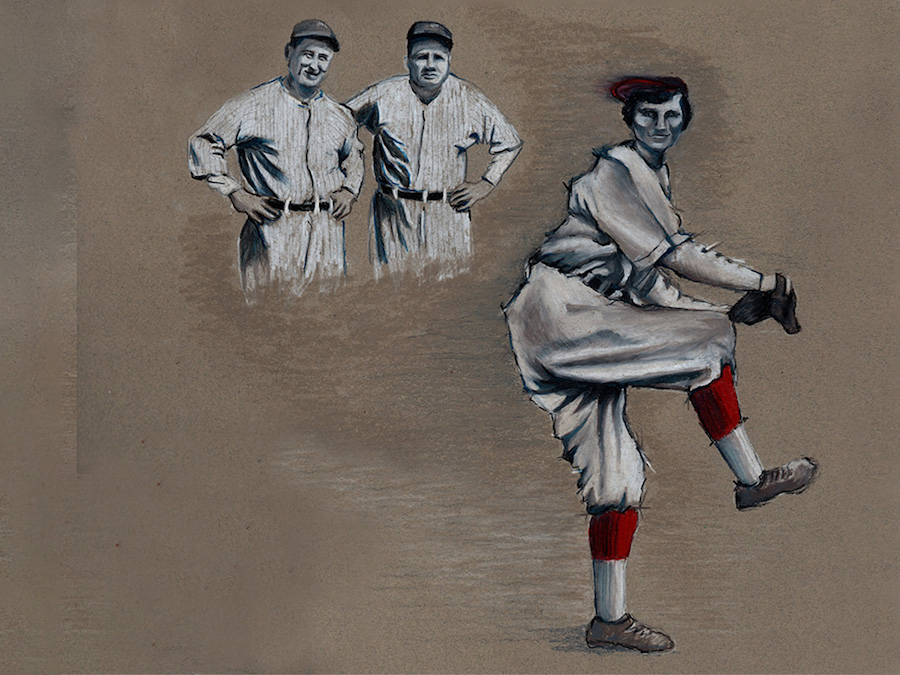 Every Tuesday and Thursday, Too Far From Town shines a light on the 42 (really 43) minor league baseball teams in danger of losing their major league baseball affiliations, effectively leaving them for dead. Today we focus on the Chattanooga Lookouts, a Double-A affiliate of the Cincinnati Reds. You could take in the previous installments here.

Chattanooga Lookouts team president Joe Engel once traded his shortstop for a 25-pound turkey, then served it to 25 sportswriters. He challenged Dizzy Dean to a fight. Twice. One year he hung 50 canary cages in the grandstands, hoping 50 singing canaries could convince fans to stop booing the then crummy squad, or at least drown them out. A personal orchestra accompanied him on trips.

He once sent the head of the league a photo of his players wearing dark glasses and carrying canes and tin cups, with a caption confirming the message of the picture was essentially Your umpires are not blessed with the sense of sight..

One umpire unexpectedly appeared in the stands to take in a Lookouts game one day. He explained to Engel his assigned game in Knoxville was postponed. Engel had the kid manually updating the stadium scoreboard give fake updates from Knoxville as if the game was actually being played. The umpire, per The Sporting News, “went nuts.”

During World War II, Engel, at home plate in front of a sellout Chattanooga crowd, carried on a phone conversation with an Adolf Hitler impersonator and called him “everything one man could call another over a public mike on a Sunday afternoon.”

In other words Joe Engel was, as they say, a character. It’s why the Lookouts played in a ballpark named Engel Stadium for 69 years.

Engel was only in his second year in Chattanooga in 1931. Most of those aforementioned shenanigans were not yet hatched and executed when he made 17-year-old left-handed pitcher Virne Beatrice “Jackie” Mitchell the second woman ever to sign a professional baseball contract (he claimed she was the first). But Engel already had a P.T. Barnum, proto-Bill Veeck and Mark Cuban reputation, and it was the year 1931, and it was any year on planet Earth, so Mitchell was treated by most newspaper writers as a joke. It didn’t matter that she was taught a “drop ball” (sinker) by Memphis neighbor and 1924 National League Most Valuable Player Dazzy Vance, or that Mitchell held her own as a hurler on Engel’s barnstorming team. It mattered she was 5’5”, maybe 130 pounds, and initially supposed to make her debut on the first of April before rain delayed it 24 hours.

The following is what we know for certain happened on April 2nd, 1931 in Chattanooga, Tennessee when the New York Yankees came to town: After the Lookouts starter gave up a double and an RBI single, Jackie Mitchell came out of the bullpen to face Babe Ruth. She struck him out. She faced Lou Gehrig. She struck him out too. She walked Tony Lazzeri. Her day, and her career in professional baseball, was done. That’s pretty much all of the capital-F facts.

There was a trend to the reporting of these events. See if you could spot it. 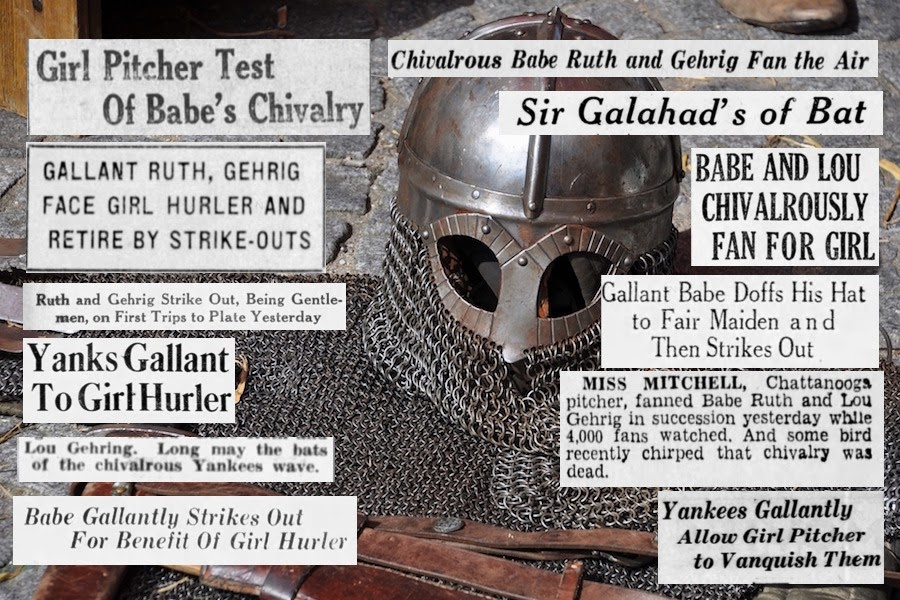 (Even in 1931 they were saying chivalry was dead.)

Those Yankees were so chivalrous, at least one unnamed player charmingly said for a pitcher she would make a good cook, and “Didn’t she look cute.” It led to headlines like these.

Most writers made sure to point out that the runner on first could have easily stolen second and third while Mitchell pitched, but didn’t. That Ruth was probably worried he could have killed Mitchell with a batted ball. That Ruth tipping his cap to Mitchell before the at-bat was further proof it was a stunt (as one Yankee, again bravely anonymous, attested).

How Ruth swung and missed on two of those strikes. How Lou Gehrig was a prideful man, not someone who would ever strike out on purpose. They ignored Mitchell’s words, when she was offended by immediate suggestions she didn’t strike the two hall-of-famers out honestly. She maintained as much for the remainder of her days. When she came back to Engel Stadium on Opening Day 1982 to throw out the ceremonial first pitch, Mitchell said, “I had a drop pitch. When I was throwing it right, you couldn’t touch it.” She also once said:

“Why, hell, they were trying — damn right. Hell, better hitters than them couldn’t hit me. Why should they’ve been any different?” 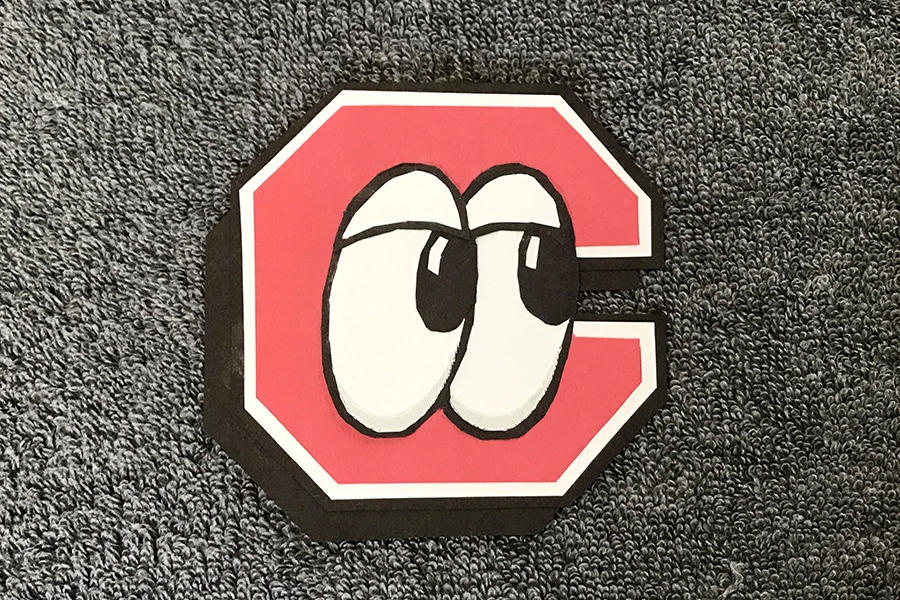 Mitchell never wavered. The United Press couldn’t keep their stories straight. Some UP reports printed in April 3rd newspapers claimed Ruth, as part of his Sir Lancelot act, did not do his standard moaning and groaning at a called third strike. Others printed a version stating Ruth complained to the umpire “with a flourish”, as part of his acting performance. (The Nebraska State Journal noticed the discrepancy between the two wire reports, writing “And another fig for eyewitness testimony!” Saucy.)

We know the latter is true — at least the part about Ruth crying about it — for there are receipts on the strikes.

We don’t know for sure if Ruth and Gehrig struck out on six pitches or more. We will never know for certain if one or both struck out intentionally.

We do know for sure that the official record states, on April 2nd, 1931, Jackie Mitchell struck out Babe Goddamn Ruth. And once Ruth finished huffing and puffing and took a seat, for an encore she struck out Lou Goddamn Gehrig.

You need to be logged in to comment. Login or Subscribe
Josh Hendrix
I like the idea behind this feature. Also really digging the art and music. I'm curious/bummed that you'll eventually get to my River Bandits.
Reply to Josh
H
Glad to see this feature at BP
Reply to H