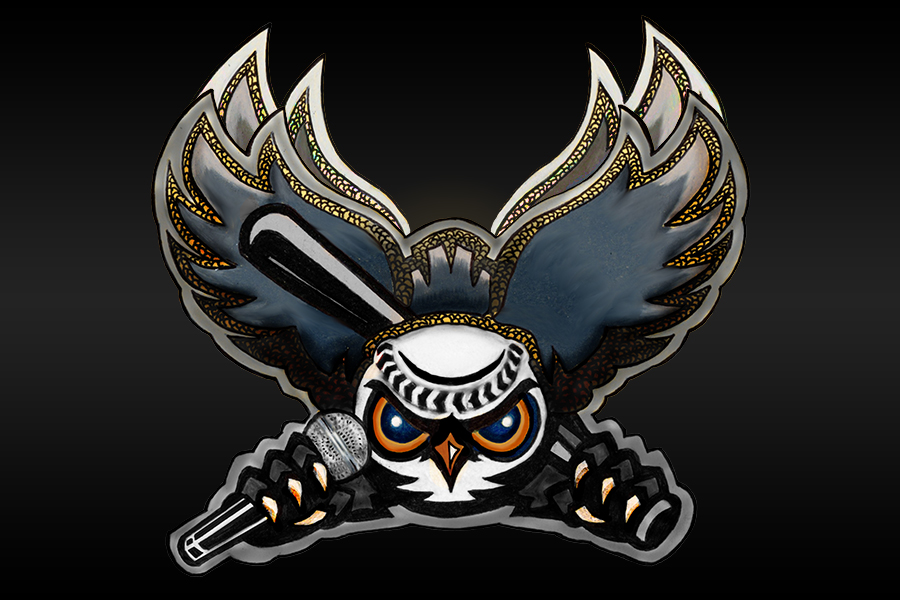 Every Tuesday and Thursday, Too Far From Town shines a light on the 42 (really 43) minor league baseball teams in danger of losing their major league baseball affiliations, effectively leaving them for dead. Today we focus on the Orem Owlz, a Rookie-level affiliate of the Los Angeles Angels. You could take in the previous installments here.

The year is 2015. It is the beginning of June. Summer is just around the corner. You have made a huge step towards your lifelong dream of broadcasting Major League Baseball games. Just two years out of college, you’ve been hired by the Orem Owlz as their new play-by-play announcer and director of media and communications. The Owlz are Rookie ball, but it’s an Angels affiliate, and the Angels are in The Show. This is the beginning of something.

You are from St. Louis, so you don’t know anything about Orem, Utah. You do your research. Apparently Brigham Young would have settled in Orem, but neighboring Provo, unlike Orem, had water. In fact, Orem was incorporated in 1919 to develop a water system. Orem was named after Walter C. Orem, president of the Salt Lake and Utah Electric Urban Railroad. Mr Orem had never set foot in Orem before the city decided to name the area after him, and you are pretty sure he did not visit after. Good old Walter did buy a 40-acre townsite there, so that is something. You think Walter should have at least visited. You move on with your day.

Okay, what’s with the ‘Z’? Your research on the city’s history didn’t help answer this important question. Finding articles from the 2004 day the name change from the Provo Angels to the Orem Owlz was announced does not exactly help either. You find a quote from Jeff Katofsky, a California-based lawyer and real estate developer. He was the Owlz owner then, as he is now. In other words, he is your boss. “We went through 600 different name suggestions and (a) lot of focus groups,” he said. “But we are now the Orem Owlz.”

You read that last sentence again.

But we are now the Orem Owlz.

You find the ‘but’ amusing. It kind of makes it sound like Katofsky was kind of embarrassed about the name ‘Owlz’, but he could not argue with six months of focus groups. Or he sensed a reporter’s condescension, and said it like Focus groups — made up of *real honest folk* — like the ‘Z’. Your boss also said, “We have a new name, a new ballpark, a new attitude, and we are committed to building on the championship team Utah County fans have come to expect.”

To be fair, the Owlz did win the 2005 Pioneer League title. You think you should cut your new boss some slack. Or just keep investigating.

You discover that Larry Thomas, best known as “The Soup Nazi” from Seinfeld, attended a 2012 Owlz game in character. It was “No Soup For You Night”. Ladles were given out. He gave the mascot Hootz (of course) the business. You find this funny.

You discover Larry Thomas has another connection to the Orem Owlz. You feel like this is the beginning of something too. You have a weird pit in your stomach.

Larry Thomas was in the 2014 film 108 Stitches. IMDb lists Jake Katofsky, your boss’ son, as the head writer on the project. Your boss, Jeff Katofsky, was an executive producer and “contributing writer.” It also says your boss played a character named “Coach James Bond.” That omnipresent anonymous wrote this synopsis:

With baseball being the last thing on these player’s minds, and dealing with one of the longest losing streaks in college history, the team of misfits comes to the realization that the school, led by the corrupt and unethical President of the University, has plans to disband the entire program. Hilarity ensues as they have one afternoon to execute a plan to fill the stadium, sign the top recruit on the planet, and help send their coach out with a bang.

The team of misfits happens to be called the ‘Orem Owlz’, and they wear the Owlz’ uniforms, and play in the Owlz’s stadium, except in make-believe land they’re a college team, which is not that much of a reach since the Owlz play on the Utah Valley University campus. To you it appears to be an attempt at one of those straight-to-DVD sequels in the American Pie franchise, which you still can’t believe exists. Considering the genre, you also don’t understand how 108 Stitches could be 118 minutes long. You read the Los Angeles Times review:

Most egregious, though, is how the film gleefully traffics in retrograde stereotypes. Younger women, older women, African Americans, Latinos, Arabs, the disabled and others are all thrown under the narrative bus for the cheapest of laughs.

You check again; yes, this movie was released in 2014. Sadly, there is more.

You decide to shell out the $3.99 to rent the movie. Maybe you could write this off later. You hope you can. You have to know if a gong really sounds whenever Dat Phan appears. Just once would be too much.

You hear a gong.

You’ve seen enough. You don’t even care that Roger Clemens played himself. 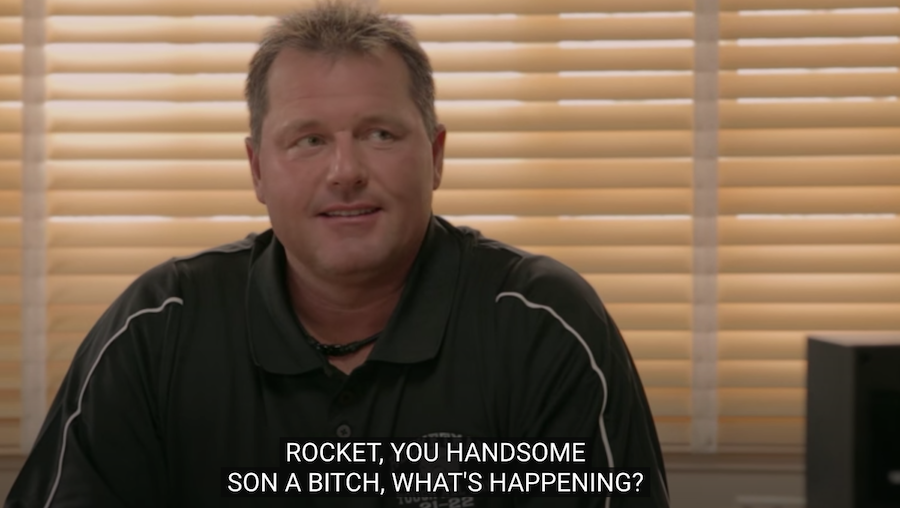 Or that he provided the gross, confusing head blurb for it.

You take a walk.

You return to your laptop. You knew this wouldn’t be easy. This is the Big Time. You look at the Orem Owlz promotional calendar for 2015. It is your job to know this stuff. You’re going to be writing press releases about them after all. There are the old standards, like “Bark in the Park”. There are some nights that you are really going to need an explanation about, like “Mutual Night: Mario Party”, “Princess Night”, and “Julie’s Birthday”. Your eyebrows shoot up when you scan across the “Homemaking Night” scheduled for June 30th.

Then you see it.

No. It’s late. You must have read it wrong. You refocus. You look again. 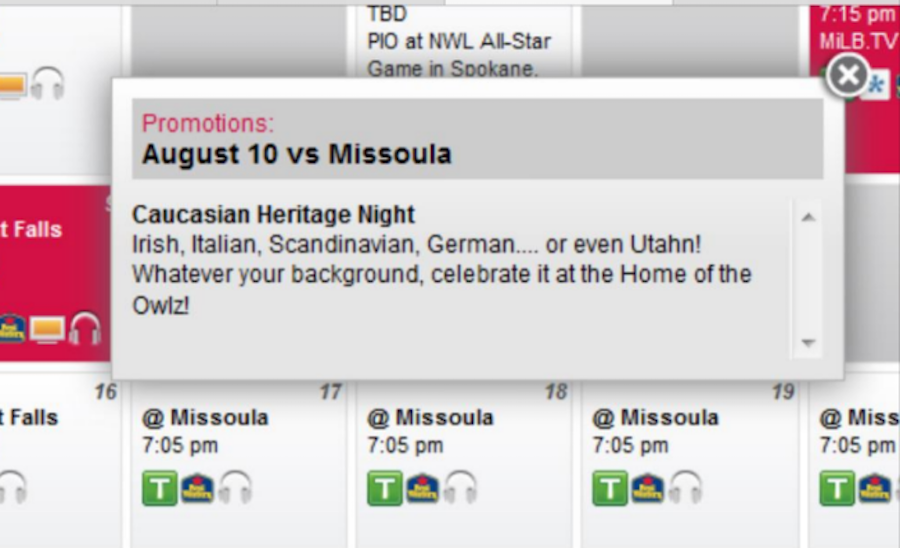 There aren’t enough walks in the world to ease your burden. A Caucasian Heritage Night in Utah?

What do you do? 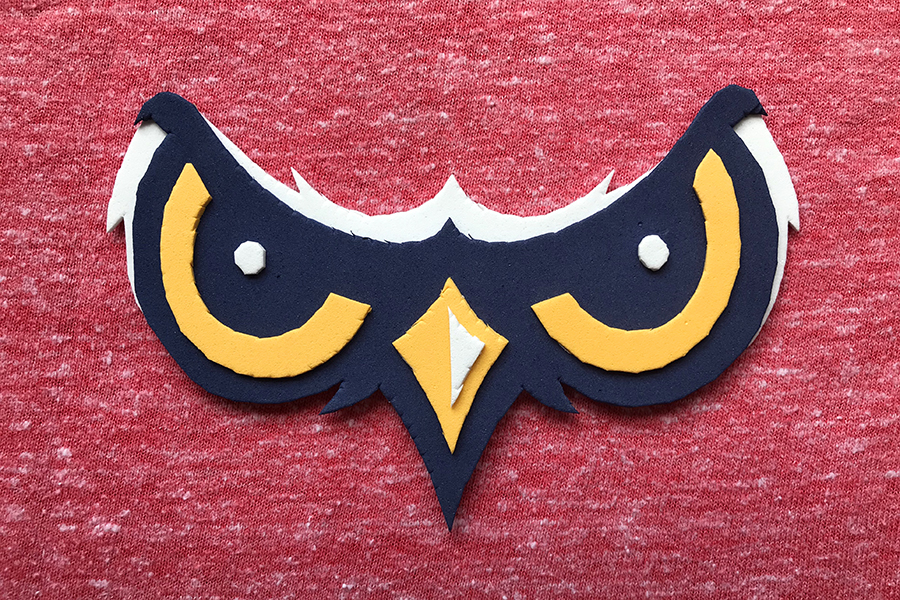 If you are anything like Joey Zanaboni, you email your new superiors. You explain what a terrible idea this is, no matter the true intention. When you see some of your bosses in person, you reiterate your position. Your warnings get ignored.

On Wednesday, June 17th, a 21-year-old white supremacist killed nine Black people at the Emanuel African Methodist Episcopal Church in Charleston, S.C. On Thursday, June 18th, you make your professional baseball broadcasting debut, covering the Owlz’ season debut against the Ogden Raptors in Ogden, Utah. On Friday, June 19th, the internet discovers the scheduling of a “Caucasian Heritage Night.” The promotion is cancelled. A press release is issued at 4 p.m. Utah time. You did not write it. It comes off as, among other things, defensive.

You may have read that the Orem Owlz had long ago scheduled Caucasian Heritage Night as one of its 38 promotions.

Minor League Baseball, and the Orem Owlz, is about baseball, togetherness and family fun for all fans of all races, religions, and orientations. Our goal in this promotion, like any of our promotions, is to have fun and make fun of everyday normalcies. Our night was to include wonder bread on burgers with mayonnaise, clips from shows like Friends and Seinfeld and trying to solve the vertical leaping challenge. We understand, in light of recent tragic events, that our intentions have been misconstrued. For that, we sincerely apologize.

The Owlz are committed to all its fans, families and all fans of baseball alike – no matter who you are. The event has been removed from our promotional schedule effectively immediately.

By 5 p.m., you resign. You ensure the Owlz you will return the broadcasting equipment you brought with you to Ogden. The next day you release a statement of your own to Twitter. You explain your warnings to the team. How you were ignored. How grateful you are to be a part of the Angels organization, albeit for pretty much just one day.

You keep busy. You land with the independent Rockford Aviators and end up spending the summer of 2015 broadcasting for them. You try not to take it personally when the Aviators fold once the season is through. You continue working as the Sports Information Director at a community college. You work play-by-play for the Texas AirHogs of the American Association for three years. In 2019, you find yourself back in the pros, as the Johnson City Cardinals lead broadcaster and Media Relations Director. You, the St. Louis, Mo. native, a Cardinals-affiliate announcer.

Also in 2019, you read that 42 Minor League Baseball teams might lose their MLB affiliation. The Owlz are one of them. The JC Cardinals are another. You try not to take it personally. You pound the pavement, proclaiming your love of Vin Scully and Chaucer. The 2020 season is cancelled because of a pandemic. You think your man Geoffrey should listen to a tale for once.