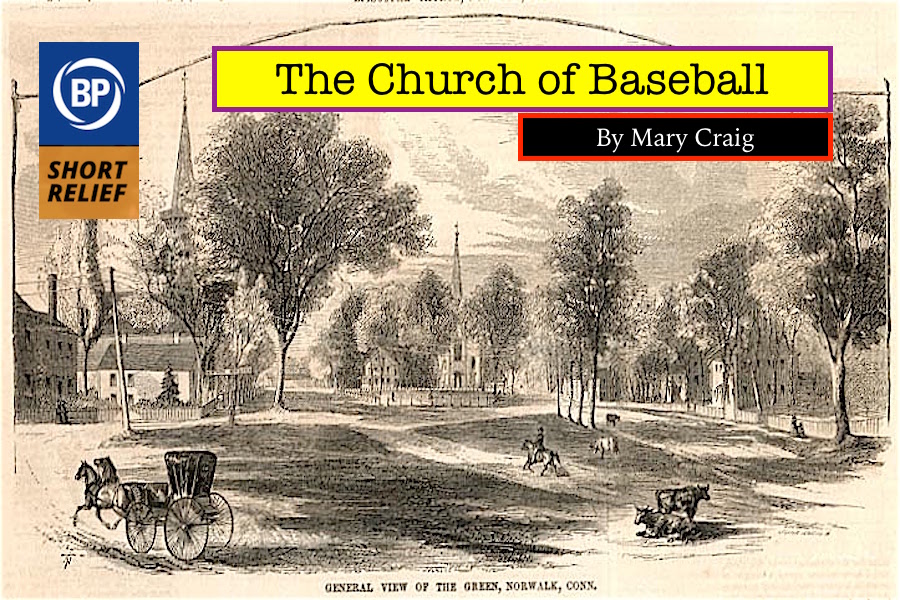 For much of its early history, baseball was in conflict with religion. Churches didn’t want to cede their moral authority over the nation, particularly to a sport they viewed as depraved. In an effort to win over this religious audience, professional baseball teams banned drinking, gambling, and foul language. In response, religious groups pressed cities to ban the playing of baseball on Sundays. Though this feud lasted well into the 1930s, when professional baseball finally emerged triumphant, there were several attempts to merge the two great moral forces in society.

Connecticut’s Blue Laws, which had been in place in some fashion since the early 1640s, prohibited a great number of Sunday activities, matching the laws of its fellow New England states. One such activity was, of course, baseball. This did little to mitigate the increasing fervor of baseball fans in the early 1900s or convince the residents of Connecticut that the protestant churches were compatible with modernity. It soon became apparent that if forced to choose between baseball and church, most people would choose the former.

This fact was no less true in South Norwalk, a tiny town on the southern coast of the state. Desperate to prove its relevance, South Norwalk Church tried an experiment one day in April of 1913: playing a game of baseball inside the church. The game was between the junior members and the senior members of the Christian Endeavor Society, with the juniors winning 8-3. The church’s reverend, naturally, served as umpire. In front of a packed church, the most exciting moment of the game came in the ninth inning, when a pinch hitter for the seniors began a rally in which all three of the team’s runs were scored. Alas, the excitement lasted little past the third of those three runs, and the juniors held on for a comfortable victory.

In a box score-length description such as the one above, the game appeared fairly routine, aside from the place of play. In reality, however, this game little resembled baseball. It involved no gloves or bats or balls. Instead, the pitcher threw scriptural questions at the batters. If the batter got three questions wrong, they struck out, and if they answered one of the three correctly, they were awarded a base hit. Home runs were possible if the batter correctly answered each of the three questions, although no such thing occurred in the game.

Although the game was a rousing success in the eyes of its participants, it was not repeated. Baseball continued to be played with bat and ball, and church remained a place free from activity. However, the quest to make baseball religious continued for some time. But rather than molding baseball to the church, the reverse occurred; stadiums replaced churches and prayers to the Baseball Gods replaced those to the Christian God. Perhaps this little church in South Norwalk got more right about baseball than it seems. 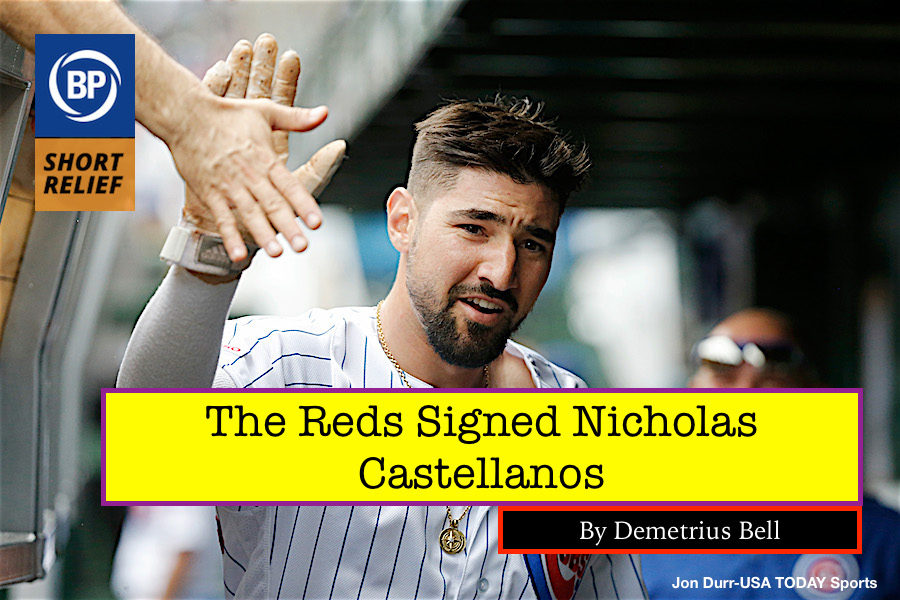 Although I see the winter as a long and cold period without regular baseball to keep me busy until the next season comes along, I also see the offseason as a bit of a blessing since it gives me ample time to actually watch stuff other than baseball games. This includes TV shows both old and new, and I spent some time this winter rewatching an anime from my childhood: Gundam Wing. If you’re my age and you liked watching cartoons as a kid, then this show (along with the other shows in Cartoon Network’s Toonami block) was almost required viewing, since it consisted of teens piloting robots and blowing up other robots in a cosmic battle for supremacy.

Once I heard that Hulu had brought Gundam Wing onto its platform, I was excited to get a chance to rewatch it. It’s always extremely interesting to watch things you enjoyed as a child with adult eyes, because it’s almost inevitable that you’ll pick up on new things once you watch it again with some more life experience under your belt. So it was with my rewatch of Gundam Wing, which was a bit of a rollercoaster. Once my initial excitement and nostalgia wore off, I tried to watch it with an idea of figuring out what the overarching message was and why all of these robots were trying to blow each other up.

The show itself spent nearly the entire series of 49 episodes to figure it out, and once they get to the end it becomes clear as day that both the protagonists and antagonists aren’t fighting to save the earth or the space colonies that exist in this interpretation of the universe. They’re fighting in order to end all fighting. If it sounds strange, then that’s because it is strange on the surface. A space organization is ultimately trying to cause so much damage to the earth that all of humanity will disavow violence as a result. The earth’s military wants to prevent this by wiping out the space rebels. The Gundam pilots rightly realize the human toll would be too much, so their goal is to just fight to prevent any more senseless violence.

It’s interesting to reflect on the fact that everybody has the same goal of eventually reaching pacifism, but it’s also clear there are people who are clearly going about this in the wrong way. Peace shouldn’t be achieved via terror or out of some sense of honor in nonsensical war. Instead, peace should be preserved solely because it’s clearly the morally correct path and senseless violence will never achieve anything. That’s what I caught from my most recent re-watch of Gundam Wing but it’s also something that I’m hoping is an obvious message for a lot of people. In other news, I like the Reds signing Castellanos and I think they might be sneaky good this season. 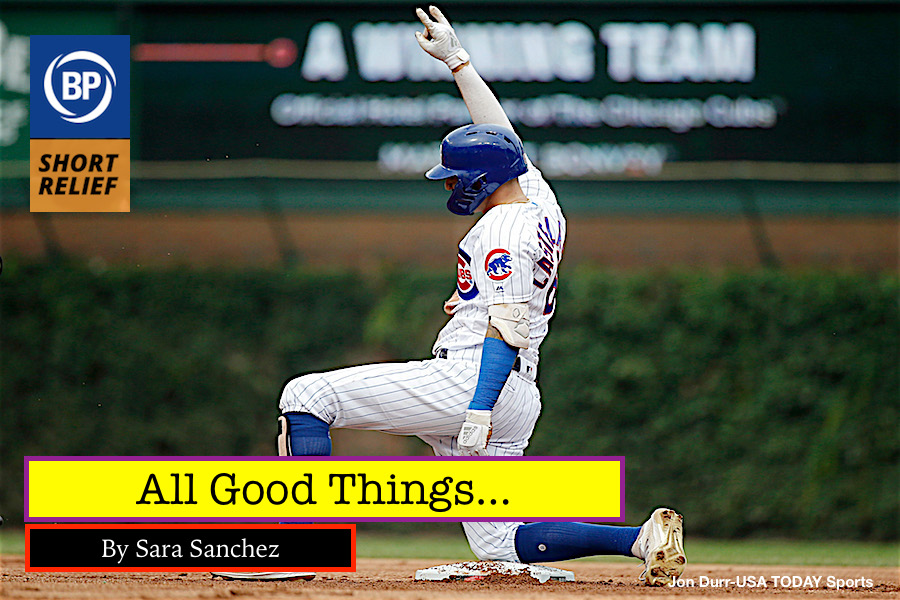 The world has seemed increasingly chaotic recently and I find myself searching out elements that just fit while bringing a sense of comfort. I’ve been gravitating towards movies I’ve seen dozens of times over anything new. I’ve already re-read two of my favorite books in 2020. As I write this I’m watching reruns of Star Trek: The Next Generation, even though I haven’t seen Picard yet, because my soul craves predictability my now. In 13 days (give or count, depending on your team) pitchers and catcher will report to spring training and I’ll return to the comfortable routine of watching games, dissecting plays and writing about the latest feats of my favorite players.

Today was a good reminder that sometimes disruption can result in the perfect fit.

Nicholas Castellanos was a Chicago Cub for 51 games and I have rarely seen anyone so comfortable in a new environment so quickly. The numbers speak for themselves — his DRC+ for the Cubs was 141 and his OPS was 1.002. Castellanos clearly fit perfectly in right field on the North Side of Chicago. In an early interview he talked about his mentality of playing every day like it was Opening Day — and I dare you to be the sports reporter that tells him it’s not Opening Day. He spent an off day having a picnic in center field beneath the historic scoreboard. I was at one of his first games at Wrigley Field and happened to be sitting in the right field grandstand. Two Cubs fans decked out in Castellanos jerseys with gold necklaces kept showing up trying to get his attention. After an inning they were finally successful. The reaction as Castellanos realized he’d been a Cub for less than a week and already had fans in Chicago was perfection.

Perfection rarely lasts. The last image I saw of Nicholas Castellanos at Wrigley Field was this tweet as a player who was a perfect fit for the Chicago Cubs took it all in, in case he had to say goodbye.

This offseason the Cubs will lose veteran relievers like Steve Cishek, who was an iron arm in a bullpen that desperately needed consistency. They will likely lose Pedro Strop, who had one of the gutsiest performances I’ve ever seen with his hat tilted left in the 2018 Wild Card Game. They will also likely lose Ben Zobrist, who can lay claim to one of the biggest hits in the history of a baseball franchise that has existed since 1876.

None of those players has had as much written about them and their future with the Chicago Cubs this offseason as Nicholas Castellanos.