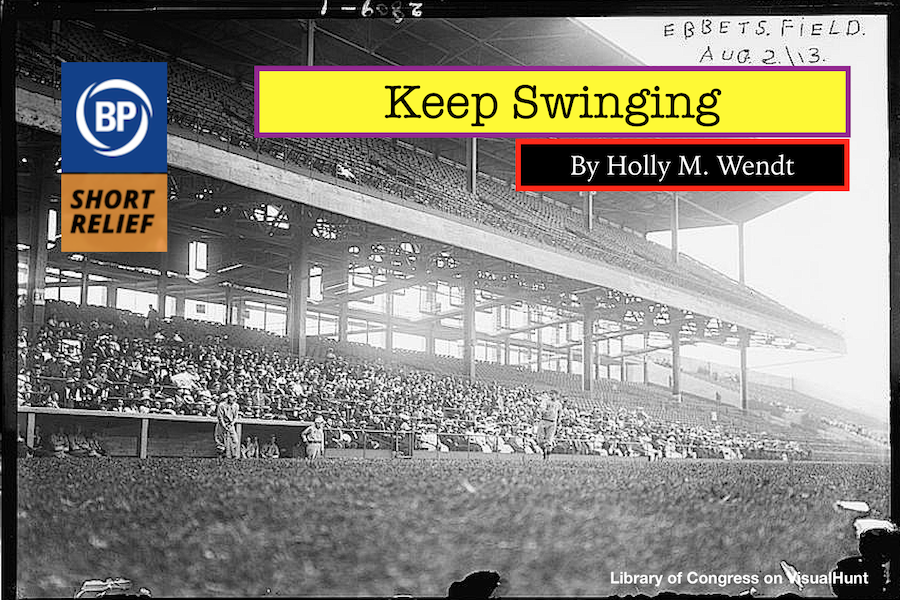 Last week, the baseball world lost a friend, and a lot of essayists lost a mentor and a model. Michael Steinberg — not the music critic and not the lawyer, but the founder of the excellent literary magazine Fourth Genre and a champion for the genre of creative nonfiction — passed away. All around me, writers lamented the loss of a man who’d done so much not only in service to the genre as a teacher, editor, and writer, but one who’d done so with a great deal of kindness and generosity of spirit.

What I remember, personally, about Michael Steinberg comes chiefly from the first year of my Ph.D. program at Binghamton University. Every year, the graduate students in the English department hosted a conference, and Michael was one of the keynote speakers that first year I attended. He also contributed an excerpt of his memoir, Still Pitching, to Harpur Palate, the literary journal that the same bunch of graduate students published twice a year. The excerpt was a collage of memories from Steinberg’s childhood, cataloguing some of the angst of his teenage years, unlucky in love and baseball alike, and it’s a collage that’s willing to be a little thorny, a little petty in capturing the self that was. The effect is an important one for the writer of the personal essay: how to be a protagonist in your own story, rather than a hero.

At 23, just married, new to a new graduate program, entirely at a loss with how to be an authentic self (as a first generation, working class college student with a gargantuan case of impostor syndrome) in a doctoral program of all things, someone who’d been told in their just-completed Masters’ program that they surely hadn’t lived long enough yet to even think about writing, I was more than a little terrified by the proposition presented in Steinberg’s work. The honesty. The directness. The comfort with flaws.

At thirteen, Steinberg taught himself to pitch by studying Preacher Roe, Don Newcombe, and Carl Erskine from behind the plate at Ebbets Field. He shared with the reader the bodily details, the deliveries of these storied professional athletes, but with another narrative in mind than the outcome of a game or even of a high school pitching career. In the scene, baseball meant something else: a place to belong.

“Except for reading books, baseball was the only thing that made me feel knowledgeable and secure,” Steinberg wrote, relaying an anguished afternoon hitting stones into Jamaica Bay with a broomstick. It would take me eight more years before I felt brave enough to lean into the way baseball made me feel, eight years before I sent a pitch to David Roth at The Classical to write about Spring Training, but maybe it was Michael Steinberg’s words that made such a leap possible. Here was a revered voice in creative writing practice and pedagogy who treated writing about sports as valid, as appropriate to a literary life.

I know now that there’s no shortage of such voices, but no one else had said or shown me anything like that in all my previous years of education. At a time when I was desperate to be taken seriously while simultaneously thinking I had zero ideas worth being taken seriously, Michael Steinberg’s work planted an important seed: maybe there were lots of ways of doing this work of writing. I don’t think I actually spoke to him at our little conference or the larger ones where I heard him speak later — God, what would I even say? — but he was always a presence at the edges of my artistic understanding, a friend to the faculty I admired, a magnanimous voice in the blurbs of forthcoming books of essays, the co-author of one of the most widely used textbooks for creative nonfiction courses. The memoir excerpt published in Harpur Palate, fittingly, ends: “I was convinced that with the right guidance and coaching, I could get a lot better at this.”

Michael Steinberg spent a lifetime loving baseball, as attested in many individual essays and Still Pitching and Elegy for Ebbets: Baseball On and Off the Diamond, and he devoted many years to guiding other writers toward getting better, even if it took them years to recognize it. 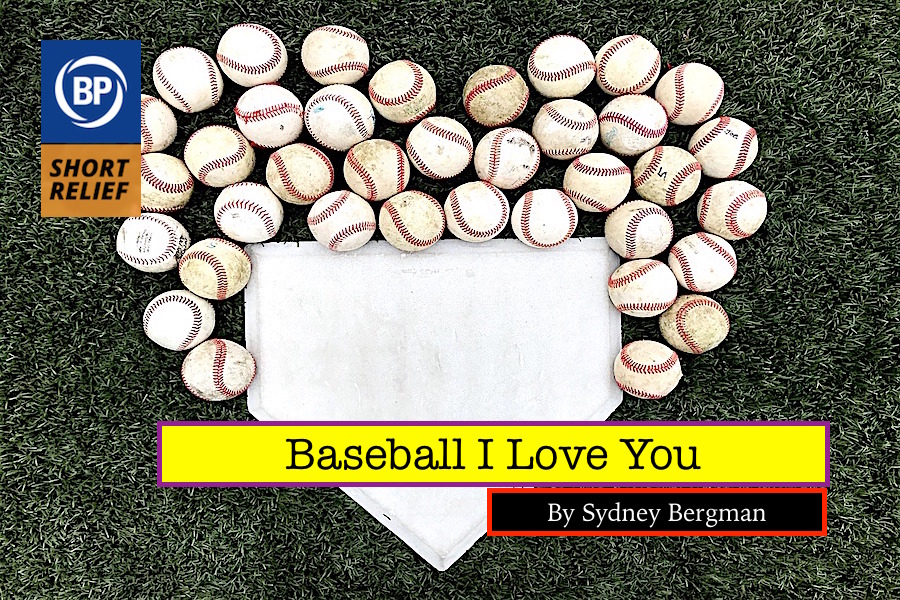 Baseball I love you
because you would rather line the pockets of
ownership than enquire which minor leaguer dangles from his
watch-chain, which would be embarrassing for both

Baseball I hate you 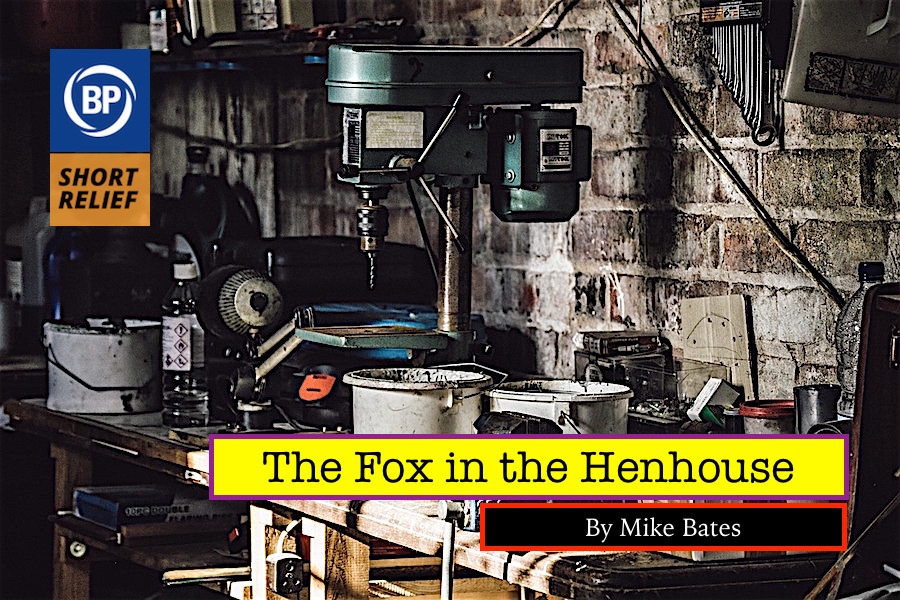 A garage full of primitive electronics. A 1987 CALENDAR hangs prominently. MASKS, SNORKELS, FLIPPERS, BROOMS, AND RACKETS hang on the wall. Three people are huddled around A TABLE, working intently on something obscured as the camera ZOOMS IN.

I think we’ve done it.

They stand back. Banks PUSHES A BUTTON on a REMOTE CONTROL. What appears to be a NUDE, BALDING CAUCASIAN MALE who appears to perpetually be in his mid-to-late fifties sits upright on the table.

What is your name?

What is your mission Robert?

To infiltrate and destroy baseball.

Yes, but his operating system is still very rudimentary and, it being 1987, we do not have the adaptive learning technology that will allow his programming to grow. He may not be subtle enough to pull off this plan over the course of 30 or more years without being discovered. What if he meets a fan or someone who actually enjoys baseball? Won’t they be able to tell he’s a dispassionate automaton assembled one reason, and one reason only?

Never fear, once we get him in a suit, coach him through the bar exam, and teach him some rudimentary pleasantries and how to golf, he will blend right in with any group of white male executive-types. They will praise his bluntness and say he’s a straight shooter. And he will never have to interact with anyone outside of a luxury box. No one will ever be the wiser.

Yes, he will do nicely. Baseball will never know what hit it. It’s popularity will wane and no one will know why until it collapses under the weight of its own hubris. And then we will be there to pick up the pieces!

And finally badminton will take its rightful place as America’s pastime!

Or underwater hockey! But there is plenty of time to figure that out, friends, after baseball is destroyed. What say you, Robert Manfred, Jr?

A 2019 CALENDAR is prominently displayed on the wall, turned to December. The three allies are watching TV.

If the National Association has an interest in an agreement with Major League Baseball, it must address the very significant issues with the current system at the bargaining table. Otherwise, MLB clubs will be free to affiliate with any minor league team or potential team in the United States, including independent league teams and cities which are not permitted to compete for an affiliate under the current agreement.

Well, this certainly calls for champagne.

Indeed! By undermining the support baseball has around the country, its foundation will crumble and soon we will pick up the pieces. Pour, Tracy.

Gladly. Manfred-bot has led them to their doom in their pursuit of short-term profitability. We are in the endgame. Soon there will be nothing left of this troublesome baseball.

The three CLINK their flutes together as the camera spins, catching each of them eyeing the others warily, and pulls back to see them hiding their respective stick, racket, and broom behind their backs, their muscles taut, poised to strike.