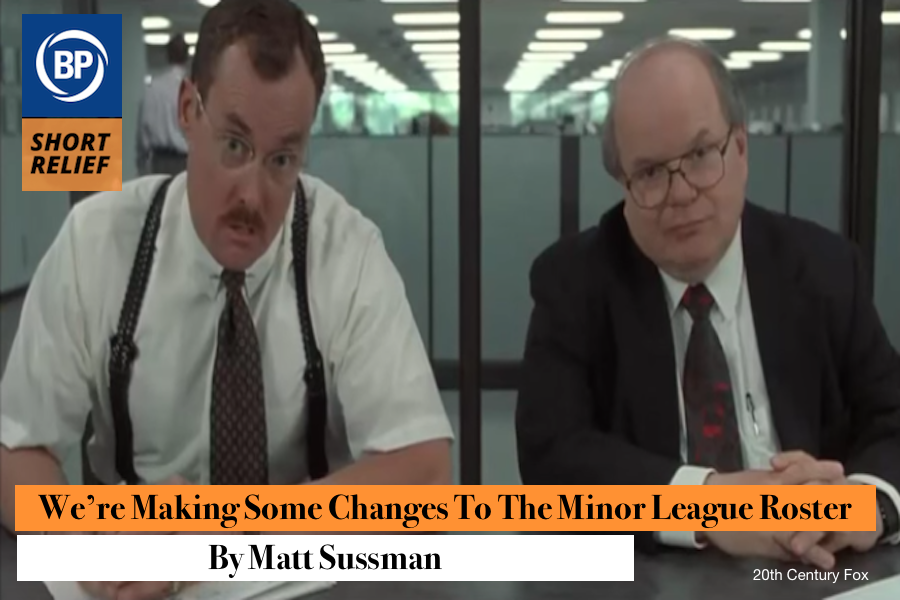 First off, I just want to say that all of you have done a great job so far. Your efforts are the very reason we at Amalgamated Competition Dynamics purchased your minor league baseball club. We’re going to absolutely let you do your thing out there. We’re just here to make it a little better.

Having said that, there are some changes we’re going to make right away. We watched some of your games and noticed that several of you do the same thing. For most of the games, several pitchers just sit around and do not contribute to the club. We feel bad for you. So it only makes good business sense to reduce the number of pitchers on a club.

But to go even further, we’ve watched several games where so-called “position players” are able to get in and pitch an inning, and everybody loves it. From now on, our modern baseball player is going to be a versatile athlete that can contribute everything possible: at bats, catches, and yes — strikeouts.

Seeing so much redundancy on the roster means we can reduce the roster from 25 to a much more manageable three full-time players. The rest of the lineup will be filled by highly motivated fans that choose to contribute baseball plays for the team. This restructuring means that we can pay all of you a little more. We won’t, but know that the amount we save by downsizing the roster would make your salary increase possible, and this will also avoid the extremely unpopular idea to shut down several minor league teams across the country. Think of all the lost revenue opportunities.

I know this is a lot to take in, but this will make our baseball team stronger, more agile, and in a position to win a baseball championship. At least before all the other teams get this idea and do it as well. 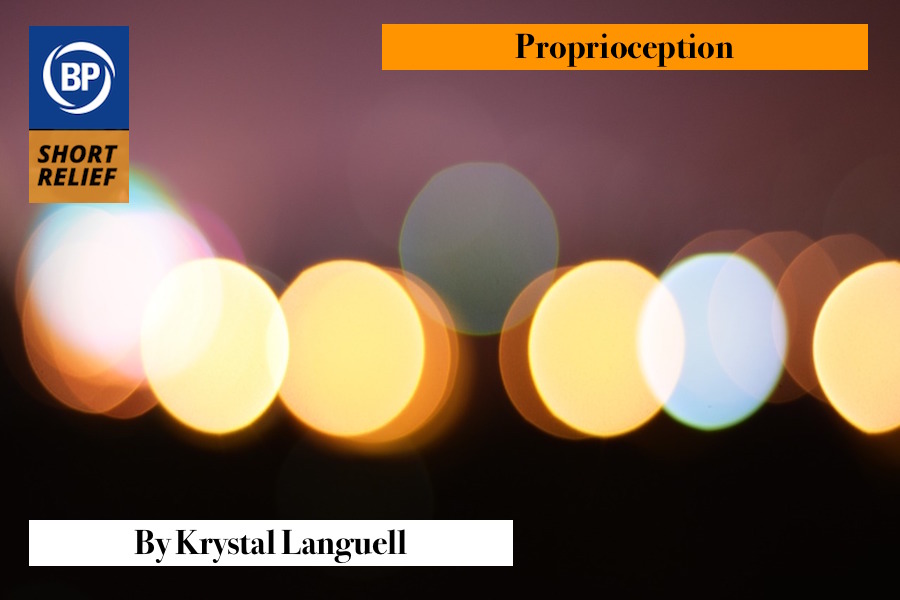 the tingle of knowing when
someone stands right behind you

like phenomena, the importance
of baseball to my marriage

can best be articulated
as extra-sensory perception

that are already one one’s face
failures of proprioception

I get all the notifications in surround
sound I perceive it

I perceive my husband composing
an announcement to me of 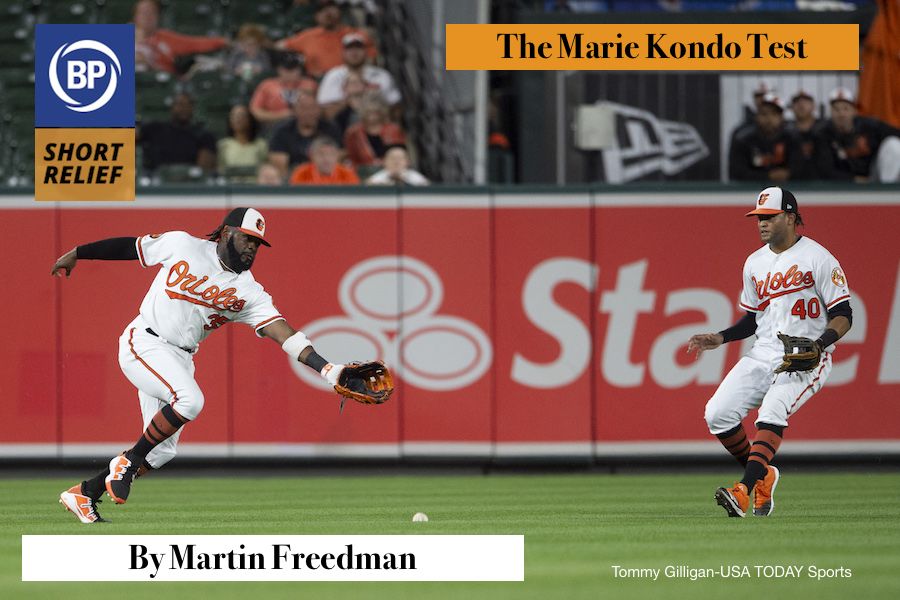 When a family friend called with extra tickets to a Jets game, I had to really think about if it would be a good idea to go. Not because of the lengthy travel time, or because it might interfere with my work schedule, but because it was the Jets, who are terrible, playing the Patriots, who will never be bad again. Ultimately, I decided the tickets were good enough (a suite!) that they overrode the overwhelming likelihood of a Jets loss.

In hindsight, I may have underestimated just how bad the game would be. See, this was the game where Jets quarterback Sam Darnold saw ghosts, as the Jets were overwhelmed to an extent unlike any I can remember. It was an all-time sports humiliation, and while I still mostly enjoyed hanging out with friends and laughing at the spectacle, I felt like a sports-fan minority.

And yet. On one of the train rides home — to get from Long Island to Metlife Stadium and back, we had to take three trains each way, totaling roughly three hours of travel on either end of the game – I overheard a conversation about the Jets’ ineptitude. Nothing unusual, but when one of the men involved started talking about his season tickets I got thinking.

This fellow relished in loudly telling everyone on the train car about his great seats that he’d sat in every week for the past eight years. He finished by saying, “And I’ll be right back there next week!” If he’s telling the truth about coming to every home game for the last eight seasons, then he’s seen the Jets win just 27 of 69 home games since 2012. That’s a three-hour weekly pilgrimage for a four-hour event with less than a forty-percent chance you’ll spend three more hours going home happy.

The Athletic ran a piece a few months back titled “Why the hell are you here?” about a late-September Blue Jays-Orioles game, with the writer going around Camden Yards to ask people why they willingly came to a game like this. All of the responses were different flavors of heartwarming, sincere, and understandable. But the overarching tone of the piece was that they all still found something good and meaningful in this meaningless September stinker. By the Marie Kondo test, it still sparked joy.

I keep coming back to that last word. Does attending a terrible team’s terrible game still spark joy? Does attending a good team’s terrible game spark joy? At least the Orioles game was cheap. During World Series Game 2, I saw a tweet wondering why Astros fans were cheering a home run that changed a ten-run loss to a nine-run loss, considering they’d likely paid hundreds of dollars to watch their team get shellacked.

I really don’t know. That’s a question where everyone has a unique answer. Ticket prices across sports are going up, and attendance in baseball has gone down as the cost-joy-expectations balance shifts.