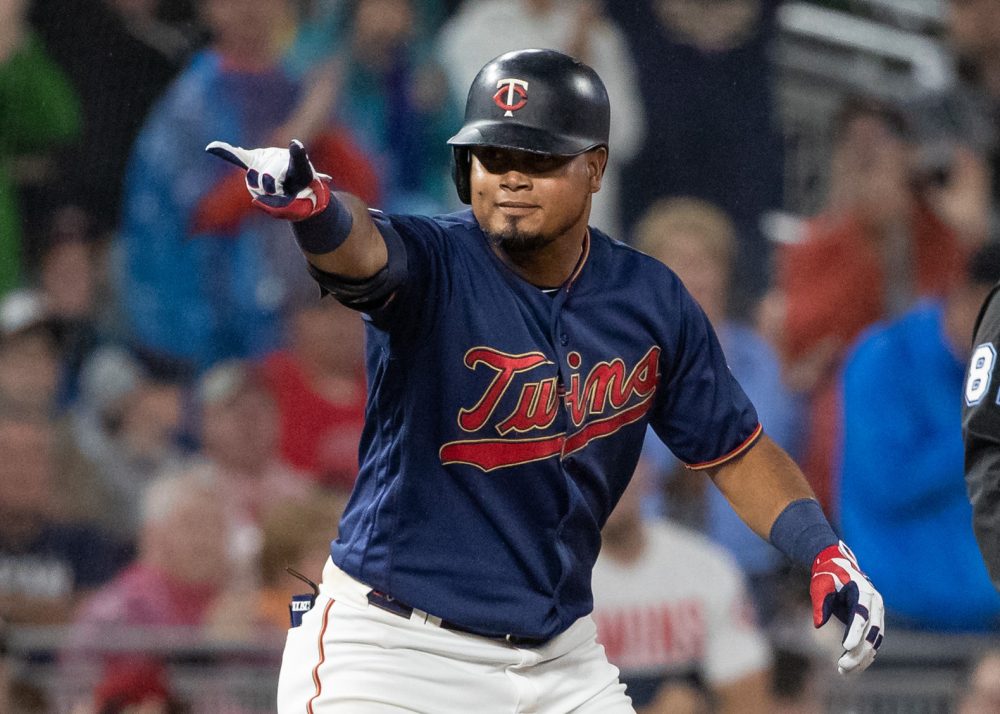 There’s nothing calm about Luis Arraez, a 5-foot-10 ball of limitless weird energy who never stops moving. He exaggeratedly tracks every pitch into the catcher’s glove, a la Derek Jeter. He regularly talks to himself, and to his bat, a la Yasiel Puig. He’s in constant, seemingly choreographed movement between pitches, a la Juan Soto. His helmet rarely stands a chance of staying on his head while running the bases, a la Eduardo Nunez.

And yet the 22-year-old’s plate appearances are the most calming of any Twins rookie I’ve ever seen, and Arraez is quickly establishing himself as one of the most patient, line-drive hitters in baseball at a time when big swings and big flies rule. Arraez, who debuted in mid-May as a short-term injury fill-in and then overtook veteran Jonathan Schoop for the second-base job, has hit .350/.422/.444 with more walks (23) than strikeouts (14) in 53 games.

Perhaps even more so than Arraez’s impressive results — which include an unsustainable .367 batting average on balls in play — his process stands out for a player who began the season at Double-A and won’t turn 23 until next April. Among the 301 hitters with at least 200 plate appearances this season, Arraez leads all of baseball in strikeout rate (6.7 percent), strikeout-to-walk ratio (0.6-to-1), line-drive rate (31.1 percent), and contact rate (91.7 percent).

He consistently displayed elite bat-to-ball skills in the minors, hitting above .300 in each of six seasons and .331 overall, including .323 with more walks than strikeouts at Double-A and Triple-A. He’s far exceeded any reasonable expectations in those departments so far, but Arraez has always made a ton of contact and hit a ton of line drives. What has come as a surprise is his eye at the plate, suggesting he’s more than just a contact hitter on a hot streak.

Arraez has swung at just 24.6 percent of pitches outside of the strike zone, which puts him in the 85th percentile among all major-league hitters and ranks second to only Juan Soto (20.7 percent) among 23-and-under hitters. And when Arraez does swing, at pitches inside or outside of the strike zone, no hitter in baseball has made more contact or produced more line drives. Even his 10.7 percent soft-contact rate puts him in the 97th percentile.

July 16 against Mets was one of the rare games Arraez hasn’t started since joining the Twins, but he found himself called into duty without any notice in the bottom of the ninth inning when Schoop exited with an injury down 0-2 vs. flame-throwing closer Edwin Diaz. What followed is one of the most impressive plate appearances you’ll ever see, as Arraez took over an 0-2 count, fouled off four two-strike pitches, and eventually drew a 3-2 walk.

Three weeks later, Indians manager Terry Francona ordered his All-Star closer, left-hander Brad Hand, to intentionally walk the left-handed-hitting Arraez. “I’d probably take $100 and go to Vegas and put it on Arraez winning a batting title somewhere down the road,” Francona explained afterward. “That’s what he looks like to me. He just looks the part of a guy who is going to hit .330. He stands up there like Rod Carew. A little bit of Tony Gwynn.”

Last season, Twins fans fell in love at first sight with another diminutive, eccentric, contact-making rookie in Willians Astudillo, only to watch La Tortuga come back down to earth (and then get injured) this season. At first glance the two Venezuelan-born players may appear similar, both physically and stylistically, but several key differences give Arraez significantly more chance to stick in the majors as an impact player.

First and foremost is age. Arraez debuted a month after his 22nd birthday, having played just 102 total games in the minors above Single-A. Astudillo debuted just short of his 27th birthday, having bounced around the minors for a decade with three organizations. Astudillo is an intriguing journeyman who finally got his chance and made the most of it. Arraez is a fast-rising prospect who reached the majors at the same age Astudillo reached Low-A.

While they’re both short and, uh, compact, Arraez is considerably faster and in better shape, and offers more defensive value. Astudillo is a serviceable, below-average catcher who can fake it well enough to play the infield and outfield corners in a pinch, making him a useful backup catcher or an ideal 25th man. Arraez is a plus second baseman with good range and great hands who’s also looked solid at third base and has even played some shortstop.

Most importantly, Arraez combines an Astudillo-like ability to make contact with the ability to make good contact and to differentiate between balls and strikes. Astudillo swings at everything and puts everything in play, but often weakly and for easy outs. Arraez rarely swings at non-strikes, and when he does put the ball in play it’s hit hard somewhere. I’d say Astudillo walked so that Arraez could run, except we all know Astudillo never walks.

Dating back to 2010, there are 295 instances of a 23-and-under hitter logging at least 200 plate appearances in a season. Arraez is the only one out of 295 to have more walks than strikeouts, and he also has the lowest strikeout rate and the highest line-drive rate. Obviously the headline is a 22-year-old rookie hitting .350, but it’s the process behind those eye-catching results that makes Arraez truly shine among young hitters this decade.

Within that 295-season group, Arraez is the only one in the 90th percentile for each of strikeout rate, strikeout-to-walk ratio, line-drive rate, contact rate, and soft-contact rate. In fact, no one else got four of five categories and only 10 guys — including Jose Ramirez (twice), Cody Bellinger, Anthony Rendon, Andrelton Simmons, and Elvis Andrus — checked three boxes. Not only is Arraez currently 5-for-5, he’s above the 98th percentile in all of them.

None of which is to suggest that Arraez is a sure thing. There’s much more to hitting than five categories, of course, and in particular a lack of power limits his upside. He’s shown more power in the majors than in the minors, working with Twins coaches to elevate the ball in search of extra-base hits, but “more power” still means just two homers and 10 doubles/triples in 180 at-bats (along with a handful of well-struck outs to the warning track).

He’s generally looked good defensively, thanks to the same kind of great hand-eye coordination and instincts he shows at the plate, but Arraez may prove somewhat limited in the field by mediocre arm strength and modest athleticism. He’s not a base-stealer and already has below-average raw speed at 22, although Arraez’s instincts also shine on the bases and make him an asset there overall.

Once some of the helium is removed from his batting average, it’s possible Arraez settles in as a .285 hitter with a half-dozen homers, a good but not great on-base percentage, and average defense. That’s definitely enough to be a solid regular, but as a bottom-of-the-lineup hitter and complementary piece. And yet watching him every day for the past few months, it’s hard not to assume that’s much closer to his floor than his ceiling.