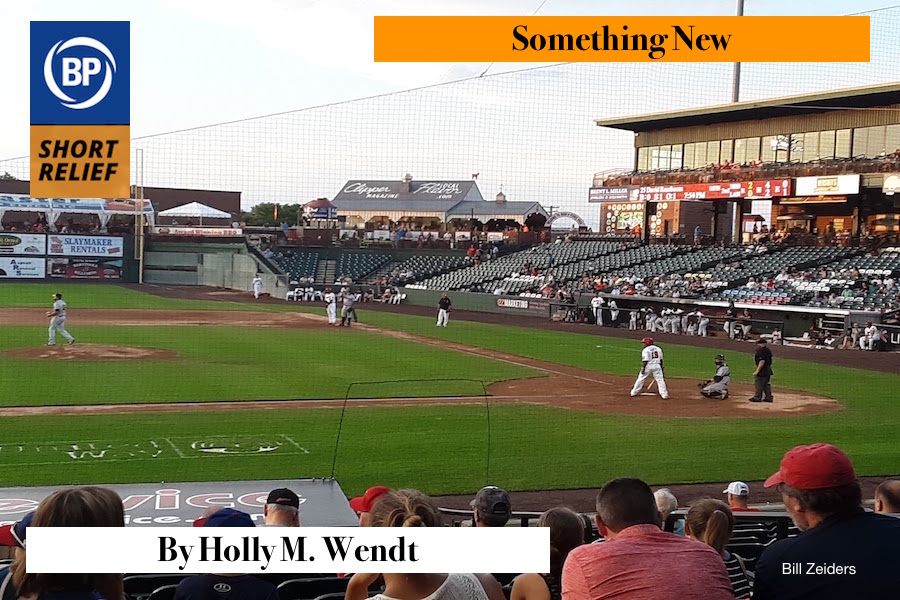 Going to my local independent league games is a bit of an exercise in déjà vu. Both the York Revolution and the Lancaster Barnstormers play in the Atlantic League, and the eight teams in that league, ranging from New England to Sugarland, Texas, are filled with Guys You’re Sure You’ve Seen Somewhere Before.

Usually, that’s because you have. The Atlantic League is a frequent stop on the shuttle both to and fro Major League Baseball, and Thursday’s tilt between the Barnstormers and the New Britain Bees featured quite a few former MLB faces, including the until-very-recently Pirates and Phillies farmhand Gift Ngoepe, who was released by the Pirates on the 31st, signed on Wednesday, and started at shortstop in Lancaster on Thursday. Also present were Joey Terdoslavich, who has ascended and descended the laddering levels of MiLB, and Jason Rogers, whose career perambulates similarly, with the addition of stops in Japan and Australia. Former Red Sox (and World Series Champion) Mike Carp is a member of the New Britain Bees. The older-and-somewhat-less-famous Harper brother Bryan pitches for the Barnstormers (and took Thursday night’s extra-innings loss), having exited the Nationals system at the end of 2018, also like Bryce, but under somewhat different conditions.

Among my chief interests in this particular night’s game? The unironic glee at the prospect of watching Lancaster shortstop Michael Martínez. (Among my defining traits as a baseball fan is refusing to prioritize outcomes [like efficacy at the plate] over sheer whimsy. I really liked him as a Phillie, and even though I gave him a little fictional guff here at Short Relief before, I’m so happy he’s still playing baseball.)

But Michael Martínez had the night off because Ngoepe was getting his first Barnstormers’ start, and so I was looking for other marvels.

At a game in which it feels like I’ve seen everything before—from the players on the field to the teenagers gamely pushing through the inter-innings entertainments for a crowd surging into the hundreds—I wasn’t expecting to see anything new. And then I did: Barnstormers’ catcher Anderson de la Rosa, age 35, did a little jump and heel-click to knock some dirt from his cleats.

The first time it happened, I was sure I had fabricated a little stumble behind the plate into something else. After all, de la Rosa was wearing his full gear on a night when the damp of a snap thunderstorm hung even more thickly in the air than the drench in the dirt. It was inconceivable that I had actually seen such a thing.

But it happened again and again: at the border of grass and dirt as he threw back a foul ball, in the tighter space between umpire and batter’s box. A hop and the inner planes of a catcher’s heels knocked together. The gesture had not the height of a Fred Astaire heel click, none of the flared toes and hard-angled knees of Broadway, but it was what it was, unmistakable and frequent.

The undersides of his cleats were ochre-caked. It didn’t seem like much, if any, of the muck fell free any of the times it happened. But still Anderson de la Rosa, who went 1-for-3 with a walk before being removed for a pinch-runner late in the game, made half a dozen of these odd little leaps, and that, on a night of slow, syrupy baseball, was something I had never seen before. 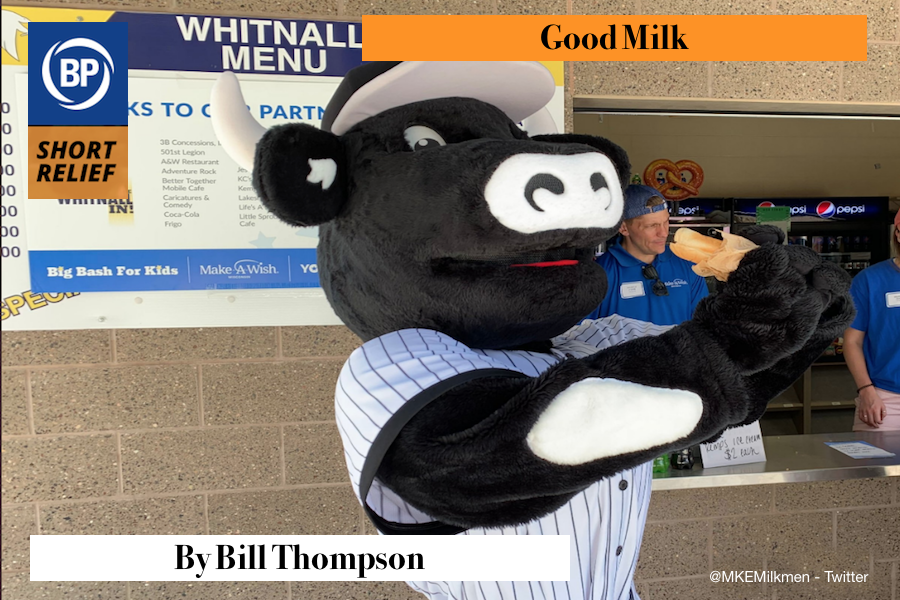 The experience of attending a handful of Milwaukee Milkmen games has been everything I hoped it would be. The Milkmen play in the unaffiliated American Association, and while the baseball has been exciting, unaffiliated ball is about the experience of a baseball game as much as it is about the game itself. It can be annoying at times – the group of stereotypical yokel farmers that the team trotted out as unofficial characters for the first few games were neither funny nor enjoyable. Thankfully, there is the team’s actual mascot, Bo Vine, who with his 2% jersey number has quickly positioned himself as one of the best mascots in the sport.

The game itself is always taking place though, through the antics and attractions. The standard thrills are present, and I won’t lie that I smile ear-to-ear every single time a team steals multiple bases in a game. Then there are the moments we can’t prepare ourselves for.

A wild pitch isn’t always just a wild pitch. Sometimes it is an invitation to an event that the most veteran of baseball eyes have never seen before. I was attending a Milkmen game in early July when a pitch came in that was obviously going to be wild. I watched the pitch come in low, hit the dirt, and bounce. My eyes went to the backstop, as did the eyes of the Milkmen’s catcher, first baseman, and pitcher. They searched frantically around the backstop while the Cleburne Railroader’s hitter waved former big leaguer Daniel Robertson (the original) home all the way from second base.

No one could find the ball, not even the home plate umpire, who to no avail had joined in the search. Finally calling time, the ump reached into his ball bag, and what did he find but a roughed up and dirty baseball. Somehow that wild pitch had bounced off the ground and right into the umpire’s ball bag without a single soul at the ballpark noticing. The play was ruled dead the moment the ball went in the bag, and Robinson was sent back to third. Play resumed with everyone smiling, including the umpire. 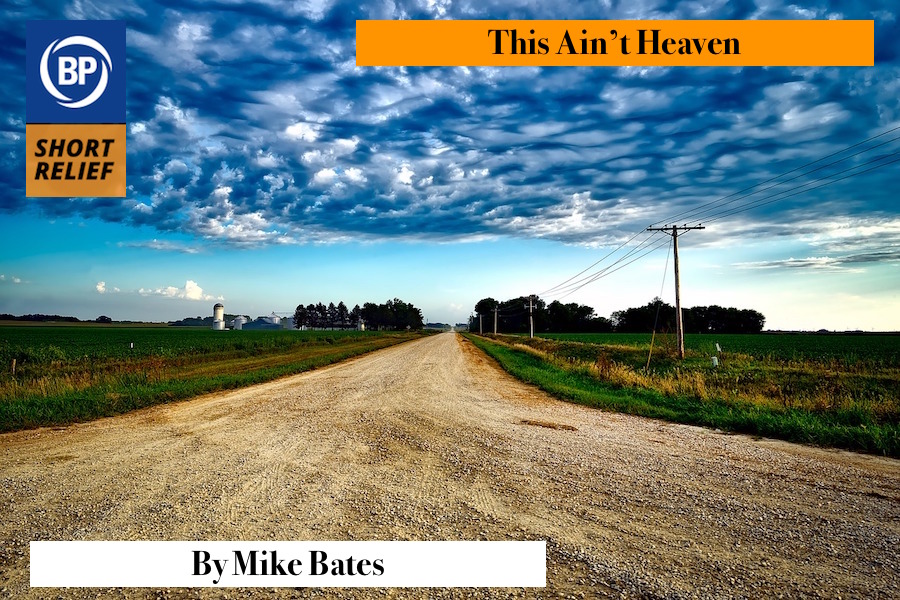 In the movie Interstellar, Matthew McConaughey is raising his daughter on a farm somewhere in the American Midwest. It’s a sad existence where the former astronaut and engineer is forced to grow the only sustainable crop, corn, and is discouraged from pursuing any kind of scientific advancement. If that sounds cool to you, don’t worry. You probably only have to wait a couple of decades.

But I digress. One presumably summer evening, McConaughey, his daughter, and his father take in a ballgame. Their local nine is playing a club that’s barnstorming through the area like the old Cuban Giants or House of David did in the early 20th century. The team turns out to be the New York Yankees, who no one has ever heard of. The game is dull and mistake prone and McConaughey’s dad, played by John Lithgow, complains that in his day, they had real ballplayers. “Who the hell are these bums?” he asks. The game is quickly interrupted by a haboob that covers the town in dust and sand.

Spoiler: Eventually, McConaughey goes to space and saves the human race by traveling through a wormhole and defeating an evil Matt Damon, or something like that. Listen, it’s been a while since I’ve seen this and my point is simply that it’s science fiction, especially the idea that Matt Damon could be evil.

The Field of Dreams movie set is in Dyersville, Iowa, roughly an hour and a half from my house. I went to a wedding there once at a beautiful Catholic church. As soon as it ended, everyone piled in their cards to drive to Dubuque for the reception, about a half-hour away, because there wasn’t a big enough reception hall in Dyersville for the 100 wedding guests.

Around 4,000 people call Dyersville their home. In addition to the Field of Dreams, it boasts the National Farm Toy Museum. It boasts exactly three hotels, a Comfort Inn, a Super 8, and the Colonial Inn. Once you exit highway 20, you will not find a road in Dyersville larger than a single lane in either direction, and that includes the road out to the Field of Dreams itself, which turns to dirt just past the entrance to the field.

All of which is to say that I’m excited to see what the town, the state of Iowa, and Major League Baseball are going to do to turn Dyersville, for one day, into a major league town capable of hosting 8,000 fans and two baseball teams, one of who is a barnstorming Yankees team. It sounds like a lot of fun, and as much like science fiction to me, an Iowa resident, as Interstellar. I hope Matthew McConaughey will be there, but I’ll settle for John Lithgow.