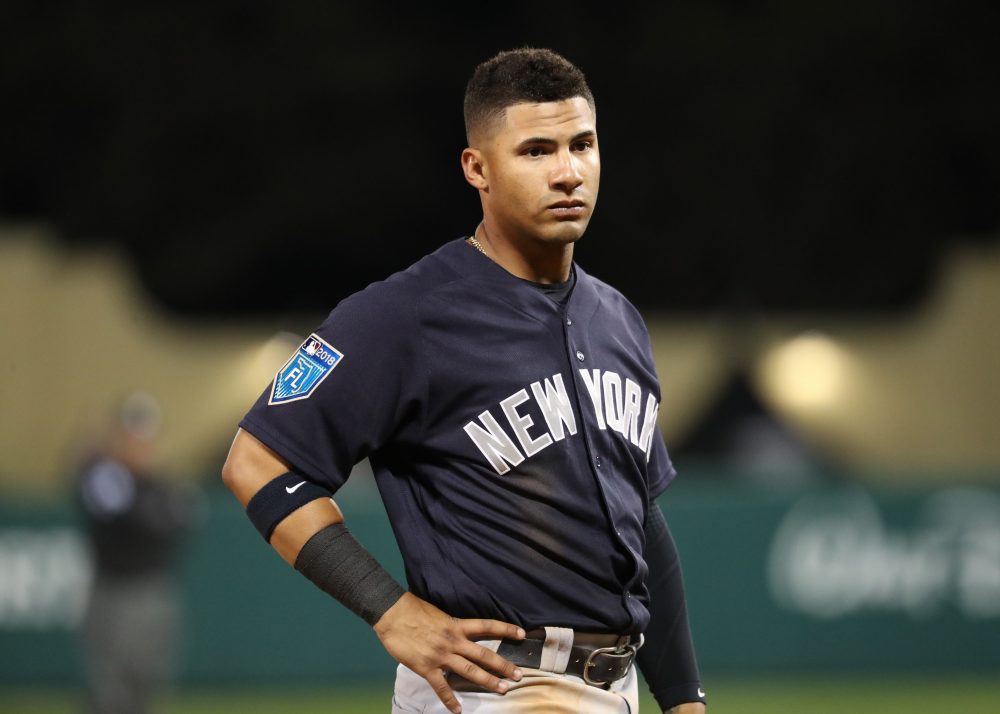 One of the things that I find interesting about being a baseball fan in 2019 is observing the aftermath of long-held traditions that have fallen by the wayside. These traditions have been deteriorating for years, but the current era has seen a lot of hay made about the uptick in celebrations; the institution of rules that protect players on hard slides; the general decline of beanballs (typically following one of the aforementioned incidents); and so on. The truth is there’s always a segment of people bemoaning the state of things once a younger (or different) crowd is dictating the action.

Something that I feel has eluded this penchant for bellyaching is the change in the dynamic of the local broadcaster — from objective observer to presumed and active supporters of the team for which they’re calling games. I’m not here to relitigate this practice; I’m just commenting that it has become commonplace and has not been accompanied with the general gnashing of teeth that seems to happen whenever a player shows an ounce of joy.

There are reasonable explanations for all of this. For example: a significant number of the local broadcasts are on networks that are either majority or partially owned by the teams themselves. For another, there’s an inherent friction with these announcers calling the game and heavily criticizing the team that employs them, as well as the players they tend to travel with and need for access. The latter certainly affects third-party members of the press as well, but there is a different tint to it given that they at least have the semblance of distance from the players and team they cover. Additionally, many non-play-by-play members of broadcast booths are former players of their respective franchises, and thus have a little more reason to say things like “we” when referring to the team.

I am, broadly speaking, not a fan of this trend and tend to find myself gravitating towards the booths that err on the side of, if not objectivity, then at least equal doses of compliments and criticism for both teams in front of them. I don’t mean to endorse the rather stuffy “no rooting in the press box” ideology, either. I think it’s generally fine to be in awe of a moment, or to have a little bias as long as it is acknowledged, but there is a matter of degree that comes into play. It is very much a “your mileage may vary” situation and explains how there can be broad disagreement as to one’s enjoyment of a particular broadcast team.

Arguing for broadcasters (or anyone) to be more middle of the road isn’t a compelling one to make, so please don’t confuse all of these words as that. In fact, one benefit I see coming from these more obviously slanted booths is that it allows everyone, including the more buttoned-up pairings, to add a little flare to their calls. A little looseness in a broadcast can go a long way, and while that way is often in favor of whichever team a broadcaster might work for, it can liven up what might otherwise be a droll experience. Others’ willingness to push the boundaries also mean we can benefit from some of the more staid announcers letting it fly, once in a while.

Such was the case this week as the Yankees pummeled the Orioles, led by one Gleyber Torres:

The Baltimore call of Gleybers home run is awesome.

"GET HIM OUT OF THERE. DONT THROW TO HIM. PUT HIM FOUR FINGERS. HE IS JUST TEARING THE ORIOLES APART!" pic.twitter.com/50yIoWNlDd

Gary Thorne is not typically much of a homer when I’ve dropped in on Orioles broadcasts (full disclosure: I have lived within the broadcast region of the Orioles most of my life and may be more inured to his brand of bias), and Gleyber Torres has legitimately torn the Orioles apart. So this isn’t particularly homeriffic even if advocating that the team not pitch to him is something along the lines of what a fan might say, minus a few four-letter words. Two nights later, Thorne’s resignation is utterly palpable as he calls another home run that Torres clubbed:

"I.. I don't know. goodbye. homerun. I.. I just… you just can not imagine this happening in major league baseball, or any other place in baseball. He is just unstoppable and it is all home runs against the Orioles" – Gary Thorne pic.twitter.com/dHDU2iSaea

It’s blissful when an announcer breaks their broadcasting voice. Thorne’s is a good one, too — there’s such a heavy timbre to it — and when the ball clears the fence his immediate retreat to a more normal, if frustrated, speaking inflection and intonation is notable. It was almost as if a child asked him where they left their car keys for the millionth time even though he hadn’t been with them all day.

Then, things get better as his professionalism dictates he go back to his broadcast voice to throw in his home run call of “goodbye. Home run.” Before he slips right back into an aggrieved and bemused parent, explaining the trials and tribulations of their offspring to anyone who will listen. It’s not just frustration but also astonishment, and the kind that is only brought on by the utterly inexplicable actions of a loved one causing you personal harm, just by living their lives. Something the Orioles do to Thorne on a regular basis:

Way back, up and *Gary Thorne dies inside* I dont even know. goodbye. home run. i mean… last two at bats he's hit home runs numbers 11 and 12 on the season and now has TEN HOME RUNS against the Orioles this year" pic.twitter.com/w5jIURHlu7

There is a noise at 12 seconds that emits from deeply within Thorne’s being. It is when, to quote The Simpsons, “you can actually pinpoint the second when his heart rips in half.”

It is casually cruel to use someone’s pain, to use the moment when they’ve encountered their wit’s end and just decided to see what lies beyond, as #content. But a side effect of the connectedness that accompanies the encroachment of social media on our lives is that we’re exposed to so much cruelty on a regular basis that it begets the casual nature with which we reconstitute it for our own purposes.

Such is the case for Thorne and the Orioles. He is being made to lie in a bed he did not make. He is forced to witness an abomination of a baseball team on a daily basis and tasked with narrating the destruction in front of him as though it isn’t a war on the concept of a winning baseball team. But, in the words of Jonathan Larson, “the opposite of war isn’t peace, it’s creation.” Thorne’s willingness to react to what he’s witnessing not as a professional but, at least a bit, as a fan, created the best thing in baseball this week.

Never a dull moment at the @NorthRanchCC member guest! Great group of guys…my guy Mike Liberthal behind the plate in full gear 😂 love it #minifrathouse pic.twitter.com/rtx6rq1LGi

You need to be logged in to comment. Login or Subscribe
Anthony Worrall
You know after the last home run, Gary just wanted to stop broadcasting, go home sit in his favourite armchair, have a coffee or something a little stronger put his head in his hands and "sob"or maybe "wail"
Reply to Anthony
John Johnston
Wow. Goldstein manages to wind up on what I believe to be the wrong side of every issue, but his support for Scott Boras’ latest attack on MLB and the draft took everything completely over the top. I won't read anything more that he writes and will be reconsidering my subscription renewal.
Reply to John
delatopia
The only reason pro sports drafts exist is to minimize bonuses for incoming players by reducing their options. Good for Carter Stewart and Boras. Anything that gives players options is good by me.
Reply to delatopia
Thomas Battiato
I have never understood your kind. Why is it so important to you that billionaire owners make even more money for themselves rather than pay it to the players that entertain you? How is that such a moral issue for you?
Reply to Thomas
Anthony Worrall
How on earth do you feel it right for young players not to be paid enough for what their talent demands, the sooner minor league players get a union the better.
Reply to Anthony
Robert Thompson
Gary Thorne is a national treasure-I cried I was laughing so hard.
Reply to Robert