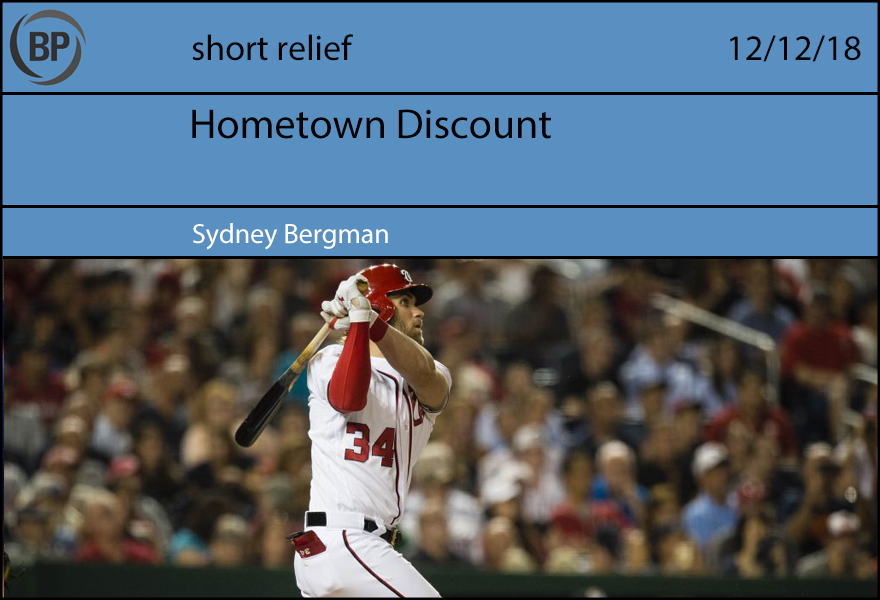 If you’ve never seen a Hallmark Channel Original Movie, they more or less go like this: Young, single woman from a small town moves to the big city for her fast-paced creative job (ad executive seems to be a particular favorite), goes home for the holidays and in the process, meets and woos/is wooed by A Man. Usually, there’s a cast of her family (supportive yet demanding) and her friends (wacky, yet supportive), and some event that she volunteers to coordinate — a fundraiser, a Christmas party, etc. — that adds a secondary source of conflict but also reminds her of the Real Spirit of the Holidays.

These are nominally religious movies, as they are usually about how Christmas is about family, etc., etc., but the most religious aspect is when they all sing the First Noel. (I had to Google what the song was called despite the lyrics literally being ‘the first Noel,’ but I challenge any of you to name a Hannukah song that’s not the dreidel song.) Mostly, though, they’re about Our Heroine abandoning her urbane ways and her career advancement, for said Man and more importantly the Small Town Values that she’d forgotten in the rush of the pleasant but hollow pleasures of the big city.

Baseball contract negotiations are not Hallmark Channel Original Movies. Or at least they shouldn’t be. Chances are that next season Bryce Harper will not be wearing a Curly W. We as a fanbase will miss him, but wish him well – the power-hitting outfielder factory seems to be up and running, and both the Bryce Harper Backup Plan (Victor Robles) and the Backup Plan’s Backup Plan (Juan Soto) are poised to do amazing things.

There’s pressure on players like Harper — faces of the franchise, at least outside the Beltway — to take the hometown discount. To settle for a contract for less than what he’s worth for the sake of appearances and good feelings, as if not taking billionaire owners’ money is somehow a moral good.

The Lerners, who own the Nationals, have been saving up for a monstrous Harper contract. They’re fairly penny foolish and pound wise — they didn’t re-sign Dusty Baker after two 95-win-plus seasons, for the equivalent of what they were paying Joe Blanton. Dave Martinez, though an alright first-year manager who happened to come on board just as Atlanta’s rebuild came online, is not Dusty Baker. (Please come back, Dusty. It’s just not the same since you went away.)

But there’s a perception that when Harper asks for what he’s worth in the baseball economy, that that’s selfish, an imposition on teams. There’s the villainization of seeking money for its own sake — at least when players do it — a feeling that being paid is somehow against the Small Town Values baseball wants to project. Harper, and players like him, are treated like Hallmark ingenues; told they shouldn’t make major life decisions for anything as crass as a dollar, despite the fact that baseball is about making those very same dollars, as much as ownership would like to deny that.

Harper wouldn’t be doing anyone except the Lerners any good in not demanding his full worth, and his signing with the Nationals for a hometown discount wouldn’t make the Lerners any more likely to extend more money to the next player, either. Anthony Rendon will be the next guy up who’d demand big money on the free agent market, and he’s already a player who’s consistently undervalued by the national sports media, except in recurrent features about how undervalued he is and how no one’s talking about him. (Clearly, none of them have ever been in my living room while the game is on.) Harper taking a discount wouldn’t ensure that Rendon gets paid, either, and the Nationals are pressed against the luxury tax threshold regardless. 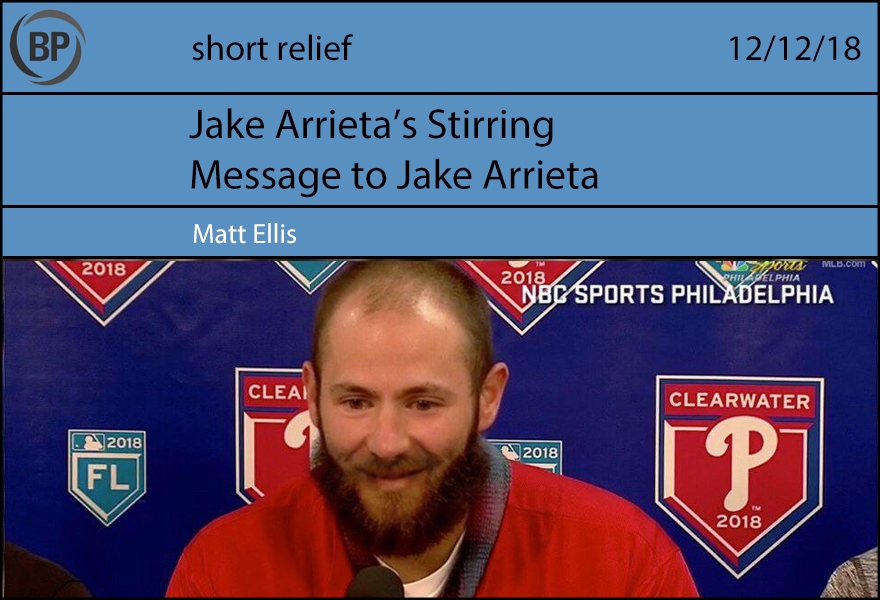 Well how about that Jake, really jumped the gun, didn’t we?

Hoo boy. Cutch…Manny and Bryce are chatting…and here you were thinking it was going to be that twenty-somethin’ year old kid who would make you look bad on a team full of no-name jabronis wearing those god-awful cotton candy alts! Sure, we went 80-82 but now the guys upstairs actually want to spend money? Are they crazy? Hell, maybe I should have waited a year, two perhaps.

Philly, what can I say. Not as cold as I thought, good fans, big window. Segura! Boy….I suppose maybe you should call up Scott and apologize for screaming at him while playing 2K in the basement…but then again, that ain’t your competitive spirit now is it. Ha, if anything maybe I’ll text Jed Hoyer to tell him he can pick up David Ross to find his next David Ross….heh, lack of clubhouse leadership, could’ve told you’re sorry a—okay okay Jake, calm down.

You know buddy, I think we’re gonna make it. As long as the Mets keep it up we’re gonna be in tip-top-shape. I can’t see anything going wrong, ha, no, nothing at all, this is very fine and good. Nope, going to ignore that ringing phone down there, not gonna pick that up. Gonna just smile, me and Rhys, it’s going to be great. 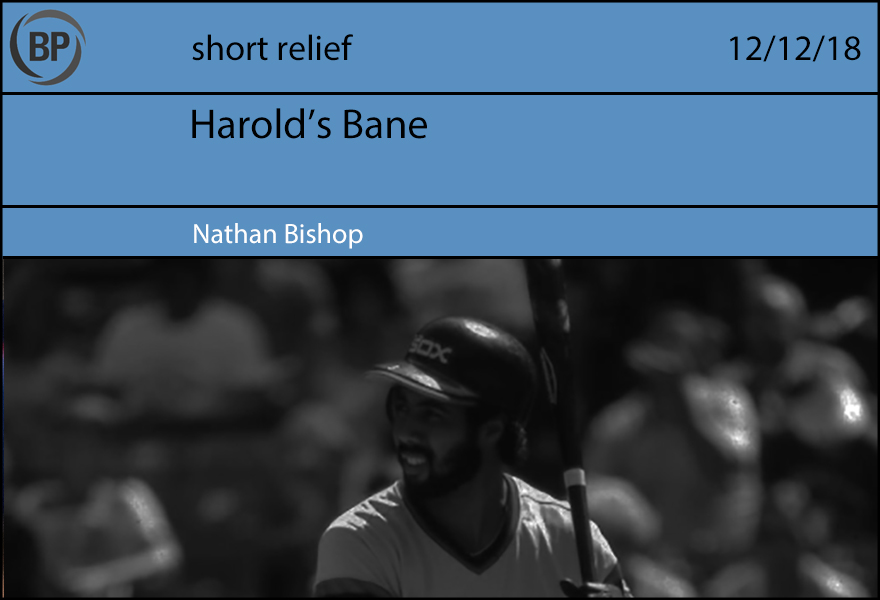 If you have been within shouting distance of the internet the past few days, you’ve already heard the news: Harold Baines is a Hall of Famer. It’s true, the same player your dad and uncle described as “who?” and “wait, the guy who looked like every second of existence caused him unimaginable pain who also hit a little bit?” is now enshrined alongside Babe Ruth, Ted Williams, and Jackie Robinson.

I don’t have strong feelings about the Hall of Fame. It seems to suffer from the same issue that plagues many institutions with broad, poorly defined goals: In its attempt to please everyone, it pleases no one. For most fans the Hall is supposed to serve as the sanctum sanctorum of the sport. For others, like the hilariously-very-actually named Today’s Players Era Committee, inclusion into the Hall of Fame serves as a sort of retirement gold watch.

Until recently, like pretty much everybody else, I didn’t have any feelings at all about Harold Baines. He was a player you knew well enough to remember the name, but exactly nothing more than that. If you bought a pack of baseball cards and got a Harold Baines, you probably didn’t even bother to flip it over to check his RBI total before shuffling to the next card.

But, despite a leg kick and load hitch that would have long ago been smoothed over in today’s game, he hit. He hit never better or worse than exactly “well.” He was an Oriole in the mid ’90s when my Mariners were in one of their two non-depressing eras, and so I remember him feebly waving at slow, mid-70s curveballs. Occasionally he would loop a fly ball into the first few rows of Camden Yards, and mince slowly around the base paths, his face forever frozen in a grimacing mask. “That man looks like playing baseball makes him miserable”, I remember thinking. Given the chronic knee issues that forced him out of the field in 1986, maybe it did.

It doesn’t mean much to me that Harold Baines will have a plaque in a building on the other end of the country. Who knows if I’ll ever see it. But it’s weird. It’s just so weird.

You need to be logged in to comment. Login or Subscribe
I can't help but feel Tony LaRussa railroaded the other committee members into voting Baines in. He was average for a DH and had he played a strong outfield he might have been considered a good player.

In my opinion, the HoF is where great players go, not good players. There's a pretty good reason why hundreds of voters didn't vote for him and he dropped below the 5% mark.
Reply to zarberg