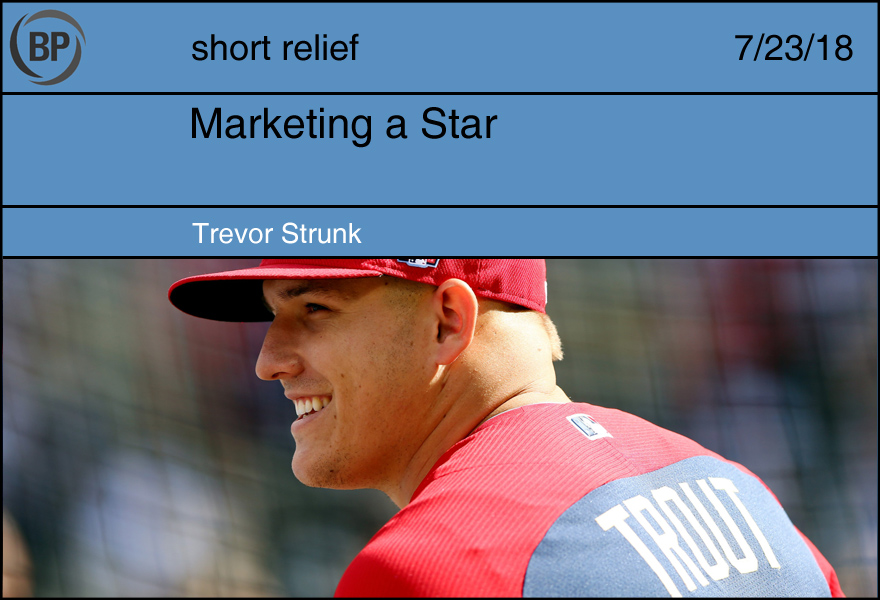 So you’re thinking of marketing your MLB star? Great! You’ve taken the first step on a profitable and rewarding journey. First, a few questions:

So, now that we have that out of the way, just follow these three simple steps to a newly profitable star!

Step one: Cold-call a bunch of shoe companies and see if they have talked to your star’s agent. If not, pass them a little note via courier that says “[my MLB star] likes you <3<3<3.” Do not stop with one note. Send hundreds, thousands—remember: technically, while corporations are now legally people, you can’t commit corporate adultery. That law is currently in committee.

Step two: Tell your MLB star to take a month or two off from playing baseball. He’ll need the time to record all those commercials and make promotional appearances. You may be wondering, “If I lose my best player, how will I win any games?” Great question! You will not. He will be missed, which will only help his brand.

Step three: Lose most of the remaining games on your schedule and look forward to the draft, where you’ll soon have an even younger marketable star to pick at number-one overall!

We hope this has been helpful, and please tune in next week when we cover “What to do when you are fired as President of Operations of an MLB team.” 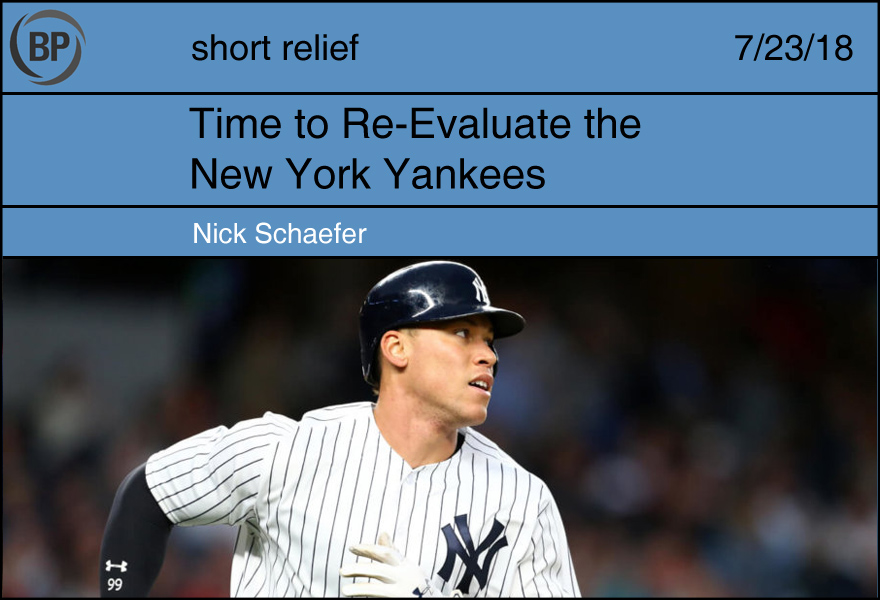 As an objective observer, the Yankees are pretty much cooked this season.  They’re five games back of the Red Sox for the division race, and that’s no fluke—the Red Sox are 30 runs their superior by run differential. Sure, a Yankee fan may listen to their heart and say the team’s got a chance, but a more cerebral, rational approach will tell them the cold truth: this season is a lost cause.  If they can’t win the division, their best-case scenario is a Wild Card game, which is a 50-50 proposition; if the Yankees can’t guarantee advancing, they’re taking unnecessary risks.

“But we have Aaron Judge!” you might hear a Yankee fan say, and, as good as Judge is, with so few games remaining, PECOTA only projects him to be worth 1.9 WARP—or about what Kolten Wong was worth last year.

You need look no further than last year’s Yankees to see how foolish trying to win in the short term at the expense of the long term can be.  They traded prospects for Sonny Gray, David Robertson, Todd Frazier, and Tommy Kahnle because they wanted to be splashy and Go For It. Instead, they were ousted in the second round of the playoffs and have nothing to show for 2017. Their farm system is depleted, Frazier left in free agency, Gray is no longer effective, and their relievers are completely fungible and identical.  The front office needs to be smarter this year. And, fortunately, they have some assets they could flip to stockpile their farm system for the future.

Aaron Judge. He’ll be cost-controlled until 2022.  The Orioles are in need of a superstar and happen to possess a haul of prospects care of the Dodgers.  Judge might be a fit there. You weaken a division rival by depleting their future resources, and, besides, Judge does not play a premium position and tends to be one-dimensional at the plate. Look at the Machado deal: waiting until the last minute only limits your return. Judge has plenty of team control left, so it’s best to cut bait on him now.

Luis Severino. After all, he’s a pitcher and who knows how long he’ll hold up? Pitchers always get hurt. You could try to get a younger, hard-throwing pitcher and develop him into a starter.  Who knows? Maybe he’ll be the next Luis Severino, a young ace you could build around.

If you aren’t going to win the World Series, these players don’t serve any purpose other than hurting your draft position.  It makes no sense to try to salvage a season like this one, and if the Yankees get enough prospect capital, they may be able to offset Giancarlo Stanton’s salary with cheap, homegrown players.  The days of fixing problems in free agency are over—the Yankees need to be smart and sell.