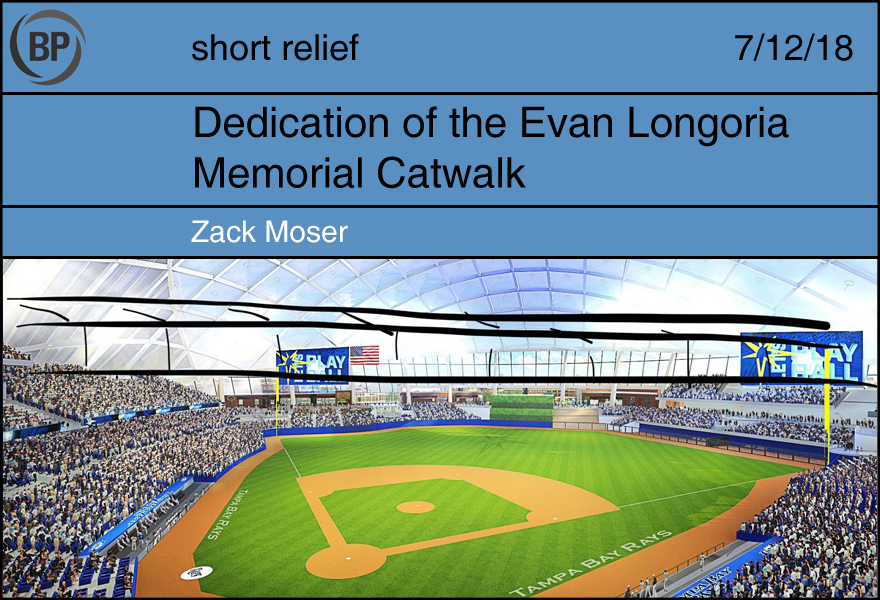 With 30,842 seats, the ballpark is the smallest in MLB by a significant margin, although it does not arrive without other quirks and piquancies. The Rays have brought one of the most endearing qualities of their former home, Tropicana Field, with them to the new Rays Park.

The Evan Longoria Memorial Catwalk, presented by Ducky’s, honors the legendary third baseman who once hit a sixth-inning popup into the lumbering metal exoskeleton of Tropicana Field. Although the erstwhile Rays star has since departed for San Francisco, his .800-plus OPS over 10 seasons endeared him to the St. Petersburg faithful, and he remains the biggest star in club history. Friday, he entered immortality in the form of a vestigial architectural feature, paid for and lugged across the Howard Frankland Bridge entirely by Tampa residents.

The catwalk, slung low from third-base foul territory to right-center field, will knock down dozens of balls per year, easing the transition from the cavernous Tropicana Field to the new ballpark, with its strangely omnipresent “daylight.” Rays fans will recall fondly the historic April 2010 moment when Longoria, facing Yankees pitcher A.J. Burnett, skied the ball to the right side, where it clanged against the “B” ring of the catwalks and fell between Yankees fielders. The umpires ruled the play a hit, and Longoria entered the annals of Tampa Bay baseball history.

Neander spoke at length about the new stadium, catwalk, and Longoria, calling the Giants third baseman “a legend.”

“Evan was dear to our organization,” Neander said, “and now his legacy, like his 10/5 rights, won’t die with the concrete and metal of Tropicana Field.” 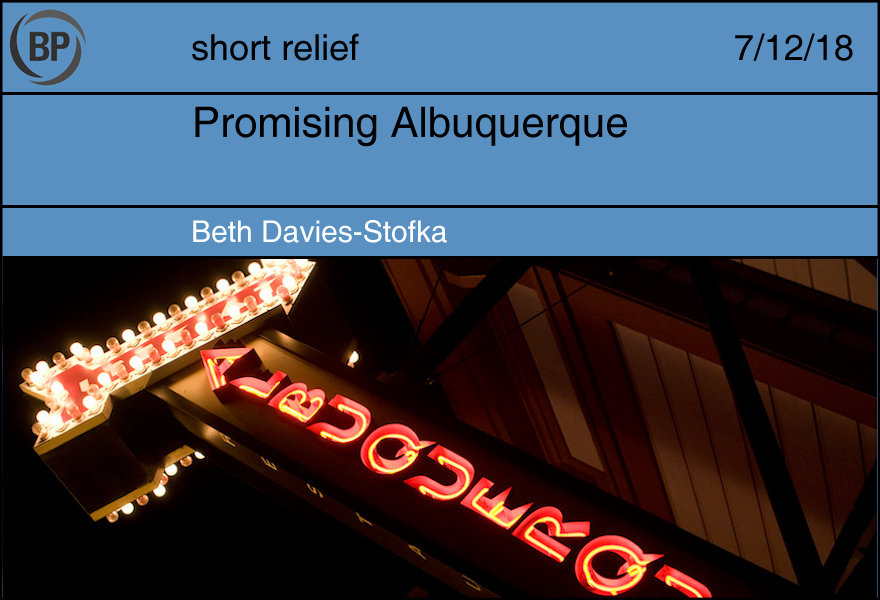 He’d put in his time. Hartford, Asheville, Asheville, Hartford, promotion, demotion, rootless and broke, and always the promise of Albuquerque. This year they’d assigned him to Hartford again, but this year, they’d told him that Triple-A was in sight. “Hang in there until July,” they’d said. “We promise.” That’s what he’d heard them say, anyway, so he hustled in Hartford.

Now he sat on the floor and stared at the text. “Stay where you are,” it said. He had a sudden, unpleasant realization. He’d survived the insecurity of the last three years by telling himself, over and over, that things would settle down. He’d earned a full season in Albuquerque and with it the routine he’d craved. Same time, same place, same regimen, at last putting in the reps undisturbed. He’d finally become the player he knew he could be.

He’d survived by telling himself to have faith. “Trust in the process,” he told himself. “Trust your gifts. Trust your dream. Trust God, because he is with you.” He’d kept the faith and then some. He’d hung by its fraying thread and believed it would be okay. Maybe not Denver, maybe not ever, but he could be so good in Albuquerque.

Now this text. The air around him grew hot. This wasn’t another delay. This was it. No dream, no promise, no more. He’d been lying to himself and believing it; placing his faith in a fantasy because he wanted it so much. A routine in which he could realize himself. The one in which he could thrive.

It wasn’t that hot in Hartford. The highs barely made it into the 90s. But the room he rented was on the top floor and the ceiling fan was too bored to try. He stood up, dizzy. A walk would do him good, but instead he sank to the floor and curled up trembling on the mattress, his thoughts as shallow as his breaths. He wanted comfort, but all he had was a notion to get on with the day.

His cat, already on the mattress, welcomed him with a paw. She rolled on her side and stretched her legs, shuddering with pleasure. Then she went completely limp. She rolled her head upside down and looked up at him with sweet green eyes. “Why not try it yourself?” she seemed to say, but he only curled tighter. So she climbed on him like a mama lion soothing her forlorn cub. She settled herself over his body, her soft rumbling purrs sinking into his broken heart. He was thankful for the steady pulse of her affection. It was the only routine he had ever known. 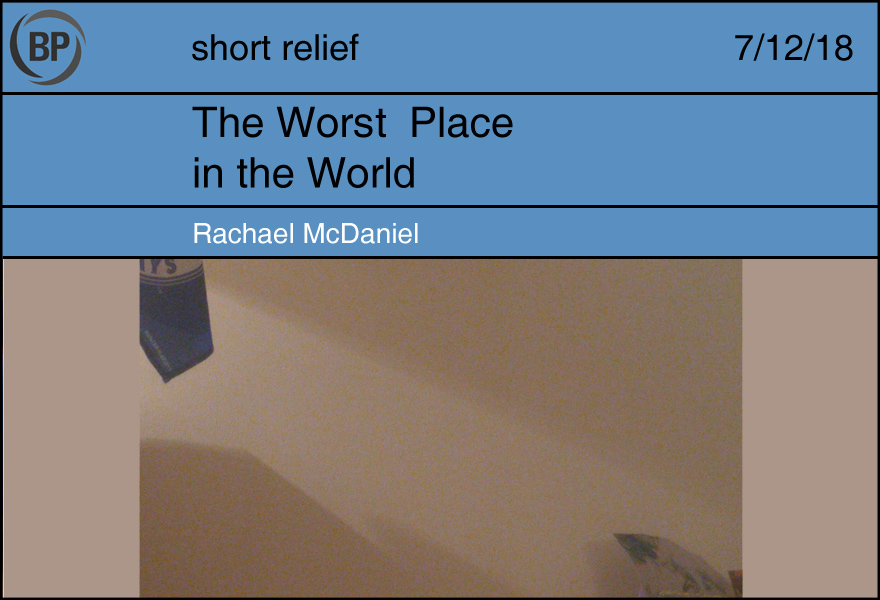 There are white walls, and a white door, and a thick white sheet covering the single window. Light can still come through, but not much. In the corners, out of your reach, there is mold creeping from somewhere under the paint, and black crosses hang over each doorway The smell of bleach burns the insides of your nose—it is always so clean here. This is where you grew up: sterile and enclosed, a specimen preserved. This is your home field. You lie on the floor in the small bathroom, white walls and white door, staring at the white ceiling.

You’re not trapped here, not technically. The door is always closed, but it doesn’t lock. The windows are screened and barred, but you can open them if you want to. You usually want to, but you almost never do. Whatever pathway once united, the part of you that wants and the part of you that acts, has been worn away. It can be navigated but only with great difficulty, and you most often decide that it’s not worth the energy. To eat, to sleep, it doesn’t matter. It doesn’t matter. It’s not going to change anything. It’s not going to get you out of here. You know how it works. You can leave, but only for a little while. If you don’t come back in time, you will die.

Here in this white room you used to imagine worlds for yourself, when you were small and didn’t understand that you were bound up, and here in this white room you realized that those worlds would never be real—that even if you left, you would still have to come back here. You have listened as storms and violence shook the walls of this room, and you been shaken yourself—this room has always been sterile, but never safe. For years, you saw demons lurking in every shadow. This is the room where you should have died, where you would have died, if not for some stupid accident. You are supposed to be grateful for having been saved. You should consider yourself so lucky that you get to keep living here.

You sit up. All white, always white, the walls and the doors. You never put anything up there, no posters or drawings or markings or color, none of the things other kids had. You couldn’t let anyone know how much you longed to live somewhere different, somewhere out there in all the danger and the color. Lately, though, you’ve gotten desperate, the fear of consequences a little numbed after so many years. You bought a Blue Jays flag and put it in a cup on the shelf, and it hangs there, and the blue stings your eyes.