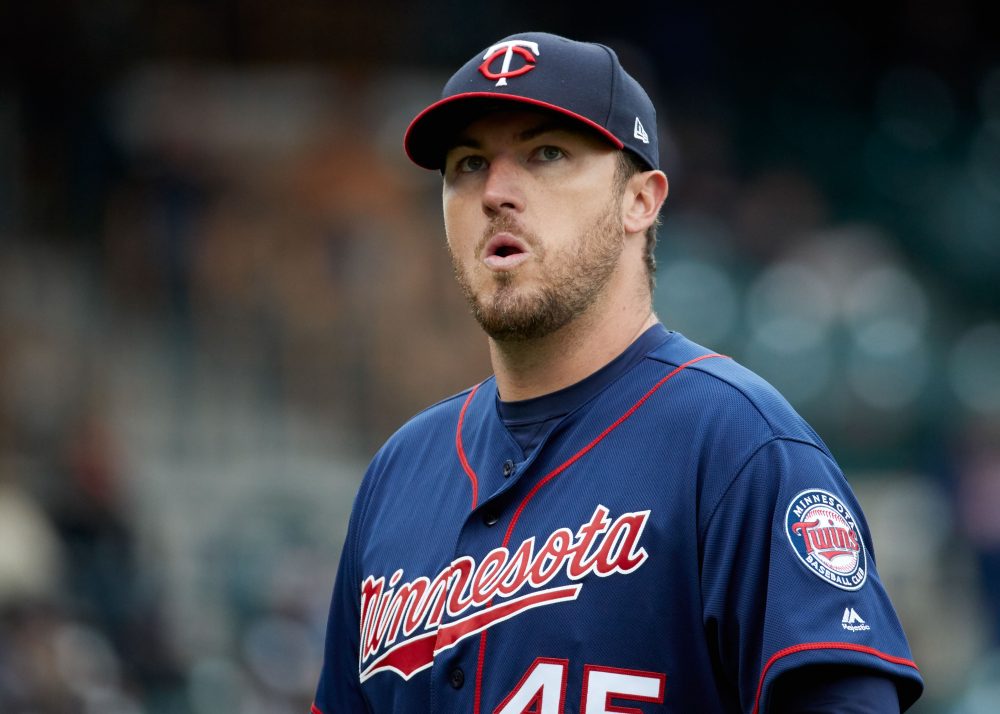 Phil Hughes was one of the top pitching prospects of the 2000s. Drafted in the first round by the Yankees in 2004, the 6-foot-5 right-hander was a consensus top-50 prospect in 2006 and a consensus top-10 prospect in 2007, when Kevin Goldstein ranked him no. 2 overall on BP’s annual list. Hughes made his big-league debut as a 21-year-old that April, and after some injuries and a dominant stretch as a reliever, he was a 24-year-old All-Star as a starter in 2010. Four seasons later, he set MLB’s all-time strikeout-to-walk ratio record with a ridiculous 186/16 mark in 210 innings.

If that were the full extent of what you knew about Hughes’ career path—first-round pick out of high school, big-time prospect, All-Star at 24, record-setting K/BB ratio at 28—you’d probably assume that he was one of the elite pitchers of his generation. In reality, he’s now a 32-year-old with a lifetime 4.49 ERA and a lengthy injury history, and over the weekend the Padres acquired him from the Twins in a salary dump that had remarkably little to actually do with him.

Hughes’ five-year stint in Minnesota was an odd one, because before things went very wrong the Twins were very right about him. They made a modest three-year, $24 million free agent bet on an extreme fly-ball pitcher benefiting from no longer calling Yankee Stadium home, and sure enough Hughes cut his homer rate in half, allowing just 16 in 210 innings after allowing an average of 31 per 210 innings with the Yankees. He also bought fully into pitching coach Rick Anderson‘s control-driven approach, becoming a strike-throwing machine and issuing a league-low 0.7 walks per nine innings after averaging four times that many with the Yankees.

One year into a three-year deal, Hughes had so impressed the Twins that general manager Terry Ryan made an unforced error by tacking another three years and $42 million onto his existing contract. Hughes was ineffective in 2015 and hasn’t been healthy or effective since, going through a never-ending string of injuries that includes various arm problems, a fractured knee cap courtesy of a line drive, and most recently thoracic outlet syndrome. It’s perhaps easy to assume Hughes wouldn’t have duplicated his 2014 success anyway, but the injuries made that impossible by repeatedly derailing his career and sapping his raw stuff. He has a 5.11 ERA in four seasons since signing the contract extension, logging a total of just 280 innings.

Minnesota owed Hughes about $22 million—$9 million for the remainder of this season and $13.2 million next season—of which San Diego is taking on $7 million. In exchange for paying $7 million for a pitcher who hasn’t looked like he belongs in the majors since 2015, the Padres get the 74th pick in next week’s draft. They can certainly use any kind of pitching help, but the primary function served here by Hughes and his contract—and by nondescript rookie-ball catcher Janigson Villalobos—is as the catalyst for what’s essentially the sale of a second-round pick for $7 million. Hughes might be a serviceable back-of-the-rotation starter or he might get released next month. Villalobos might develop into a backup catcher or he might never make it above Single-A. Whatever the case, they’re merely the magician’s assistant distracting the audience from the real trick.

There’s no shortage of research on the monetary value of draft picks. One key study on the topic was published in 2009 by Victor Wang, writing then for The Hardball Times. Wang was later hired by the Indians and worked for years in the same front office as Derek Falvey, who’s now the Twins’ chief baseball officer. We have a pretty solid sense of what draft picks are typically worth, and Falvey and the Twins are no doubt specifically well versed in the value projected for the 74th pick in the 2018 draft. That doesn’t mean trading the pick is necessarily a smart move, but trading the pick for $7 million is a fair monetary return based on the historical data. Of course, Twins fans are understandably skeptical about any assumption that requires money being reinvested in the on-field product, and that’s fair to question here considering the team’s history.

Minnesota’s payroll becomes something of a clean slate after this season, with only Addison Reed ($8.5 million), Jason Castro ($8 million), and Michael Pineda ($8 million) having guaranteed contracts for 2019. There is zero guaranteed money on the Twins’ books for 2020 and beyond. Given that, it’s hard to see how another $7 million in payroll flexibility this upcoming offseason will really move the needle for the Twins. Why not just eat Hughes’ entire contract and move on without giving away a top-100 pick? Either the Twins have surprisingly big plans for the offseason or ownership was feeling uneasy about this season’s franchise-record $128 million payroll, because there had to be a specific motivation for choosing money over a draft pick by way of such a convoluted transaction.

From the Padres’ point of view, the motivation is clear. They have money to burn after dropping $144 million on Eric Hosmer this offseason, and paying a premium for a top-100 pick makes all kinds of sense for a rebuilding team still looking to stockpile long-term assets. Anything they can get from Hughes is just a bonus, and it’s easier for the last-place Padres to justify giving him time and innings to work his way back into form even if the payoff is merely a fourth or fifth starter. Hughes lands in an ideal spot for his comeback attempt, as switching to the National League will give him some free outs and Petco Park will turn some homers into long fly outs. He’ll need all the help he can get.

I have read reports that the early season has brought with it some grave calamities and misfortunes, and am writing to lift your spirits. Although spring is typically a lean season in the Pacific Northwest, climate change and an unprecedented crop of good luck have seen us with an abundance of sunshine from which to share. It thus gives me great pleasure to enclose with this missive one (1) utility infielder/outfielder Taylor Motter.

We acknowledge that this offering appears meager, and may in fact do little to help you in your plight. However, we remind you of our own decades-long drought, and that it’s only recently that we have even the slightest surplus from which to share. We are not without compassion, but our duty and obligation is to our own.

We encourage you to take heart. Your foes appear weakened and vulnerable. Think not on your own pains, but strive to extract as much as possible from them.

You need to be logged in to comment. Login or Subscribe
Jay Stevens
Welp, the easy explanation for why the Twins would sell off a draft pick for $7m, despite not having any long-term salary commitment, is simply, "Pohlad."
Reply to Jay
deadheadbrewer
To this Twins fan, what's even more troubling than the poor record and this head-scratching trade is the notion that Buxton and Sano may actually not be the franchise saviors we wanted and needed them to be. We have mounting evidence that Buxton may just be Peter Bourjos with better defense, and that Sano might just be Chris Carter.
Reply to deadheadbrewer