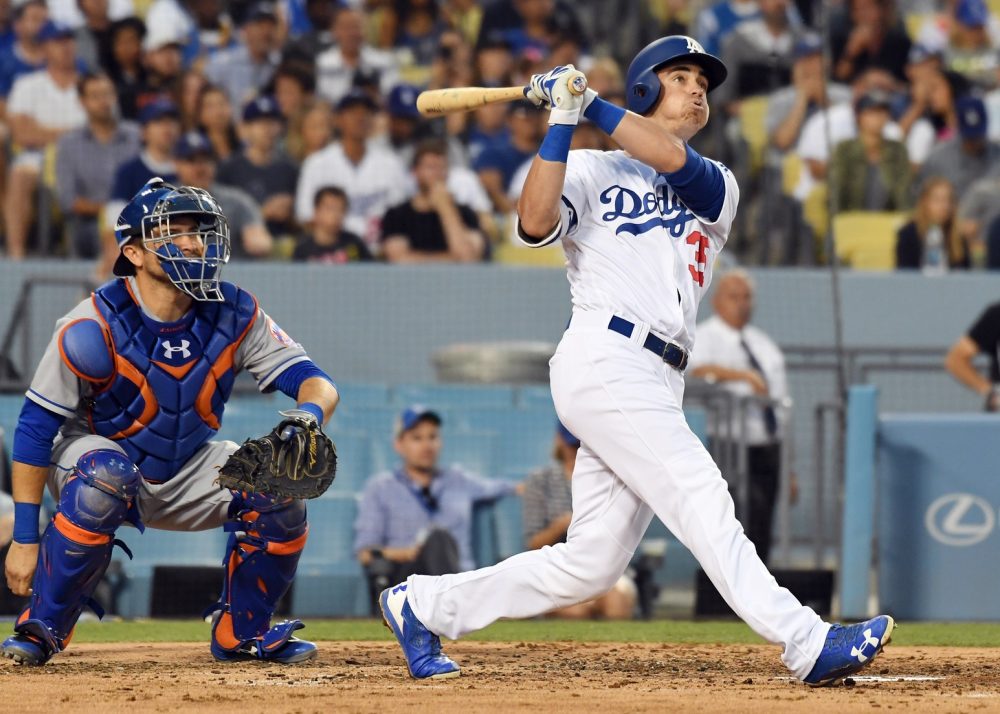 In part one of this inquisition into the seeming abundance of rookie hitting heroes, we confirmed that there have indeed been a notable number of eye-popping debuts in the past few seasons–and that it is part of a visible but not yet incredibly meaningful general uptick in early career production. Really, what we determined is that we have enough of a thing here to delve into the more interesting question: Why?

What I’m going to present to you is a series of hypotheses. They are not mutually exclusive, except for when they are. They are, by definition, not conclusive. They are simply semi-educated guesses at what we might be seeing, and what we might continue to see if we were to put 2015-2017 baseball in a test tube, or terrarium, and let it live and grow and fester and reveal its true nature.

The prerequisite, control group hypothesis–if you will–is uninteresting for our understanding of the game, but the only one that is ever likely to be proven. It goes like this: Rookie hitters are better because … recent rookie hitters have themselves been better. If this coalesces into a sort of truth, we should expect rookie production to return to middling unpredictability soon enough, while Gary Sanchez and Rhys Hoskins and Cody Bellinger and company continue their ascents. Perhaps we should even expect Aledmys Diaz and Ryan Schimpf to resurface.

I don’t find that tidy answer to be the most likely, though. If there is an answer at all, perhaps it might lie within one or more of the possibilities outlined herein. So, without further ado, let’s try to complete this sentence: Rookie hitters are better because …

… they are more accustomed to velocity.

In assembling these theories, I sought out the input of some experts–BP’s prospect team. As regular observers and chroniclers of the minor leagues and the player development process, I figured they could provide some insight into the ways in which recent hitters’ experiences have differed from their somewhat less recent predecessors’ trips to the majors.

At first glance, the additional reps against heat would seem to be a tide that could lift all boats. In reality, though, it is probably an additional factor that can be used to select for the best potential big leaguers. It’s one more weakness that can be weeded out before players ever step under the brightest lights. How many players were getting all the way to the majors without revealing an inability to hack it against 97 mph? Probably not that many! But how many were getting there without fully honing the ability to see it, to track it, and to behave normally around it? Maybe a few.

… they are arriving at “better” or more calculated moments in their development.

This is nearly impossible to provide evidence for. Luckily, it’s just a hypothesis, and I don’t have to perform the experiment! It rests upon the inevitable knowledge gap between teams and the public. There is the most basic gap–the one that results from a club interacting with the human being who happens to be a baseball player for months and then years on end. And there is the foggier trade secret gap that might just contain a strategy or actionable data point that could guide this or any other type of move a team makes.

Then again, there is also that pesky thing called human nature that makes this seem like an unlikely answer, even if teams think they have some piece of it figured out. You might remember Francisco Lindor underperforming at Triple-A before his promotion, reaching the majors, dominating, and then explaining the incongruence–eloquently, because he’s Francisco Lindor–by describing the wandering thoughts and mislaid focus that gripped him in the final days of his minor-league journey.

With a year in the books, Lindor has hit better in the Majors than he ever did in Minors. Here’s his explanation: pic.twitter.com/bj3SGhRc39

Maybe the Indians recognized it, sure. Maybe they made a good decision based on an internal understanding of Lindor, but even if a process exists that tries to enrich decisions with this sort of qualitative feedback, it’s hard to say how much it would improve the results. You certainly couldn’t build a flowchart.

And there would still be cases of the obvious, must-promote, minors-torching slugger hitting .291/.368/.556 in Triple-A after going .340/.432/.612 all over two levels the previous year, with 30-plus dingers. And that particular case would be the Astros’ pedigreed first base prospect A.J. Reed, who suffered his most recent demotion a week before Rhys Hoskins rode in to Philadelphia on a very similar horse.

… they are more familiar with the pitchers they’re facing.

Another advantage contemporary hitters have, as pointed out by BP’s prospect team, is an abundance of video and scouting material to help them prepare for what they will face. This is not so new that it would explain the difference between 2012 and 2017, but perhaps some critical mass of utility and willingness has been reached that is allowing players to consume and employ the information more readily.

We are talking about tiny things, accomplished over and over until they show up as large improvements in 200 or 400 plate appearances. Instead of being flummoxed by Chris Sale’s changeup sequence, or fooled by Aroldis Chapman’s slider, maybe they recognized it well enough to restrain themselves to a check swing. Maybe they were familiar enough with a pitcher’s funky delivery that they didn’t have to watch a first pitch pipeshot just to get used to the ball coming out of his hand.

Maybe a lot of things.

Several members of our prospect team posited that hitters are being fine-tuned more quickly, or more thoroughly, than ever before. It goes hand-in-hand with the hypothesis above, really, and it’s hard to argue with. They probably are being fed better information more quickly! We just don’t know what exactly has changed!

So we have this vast catch-all. If there is some evolutionary advantage young hitters have gained that we’ll be able to identify in five years, it probably lies in here somewhere. That’s the opinion of the experts. It’s the opinion of all probability.

… they are making fewer hasty adjustments.

I’m going to make a case for something different, though. See, the recent outliers do not only reside at the top end of the spreadsheet. Recent hitters have also been among the worst debutantes in our sample. The overall average is going up, but it got me thinking about another thing that could be happening.

Strikeout rates. You’ve heard of them. They’re going up. Productivity of those with gaudy, terrible-looking ones: Also going up. Sometimes I wonder what a 1990s or early 2000s coaching staff would have done with Cody Bellinger’s uppercut swung. He was slugging .604 after a month in the big leagues, so maybe the answer is nothing. Perhaps the thing I’m most sure about in this entire article is that the answer should have been nothing.

My favorite theory–if not the one I feel is most likely to be correct–is that young hitters are being tinkered with less as they initially face down the most challenging level of baseball. See, all of the other potential performance accelerators we have thrown out revolve around making the young hitters (who, again, are going through a difficult transition!) more comfortable. They are about decreasing the new-ness of everything.

Introducing adjustments during that transition would have pretty much the opposite effect, even if the changes are more personalized and more minute. It’s tantamount to a driver’s education instructor forcing their pupils to operate under the rules of “Simon Says” when taking the wheel for the first time.

Perhaps our young hitters are being developed better, or understood better, at earlier ages. And perhaps they are being left to their own devices for longer stretches upon reaching the majors. It sounds like a sink-or-swim mentality, and it could be that. It could also be a way of divining better, more complete evaluations before taking actions that could permanently alter a player’s professional course.

I don’t think it’s crazy to say baseball players entering the league today are better, and better groomed for the moment, than their predecessors of 2012 or 2002 or 1996. Now, why hitters are making more of it is harder to say, but what if the most personalized adjustment baseball has made is allowing sluggers to be totally, completely themselves?