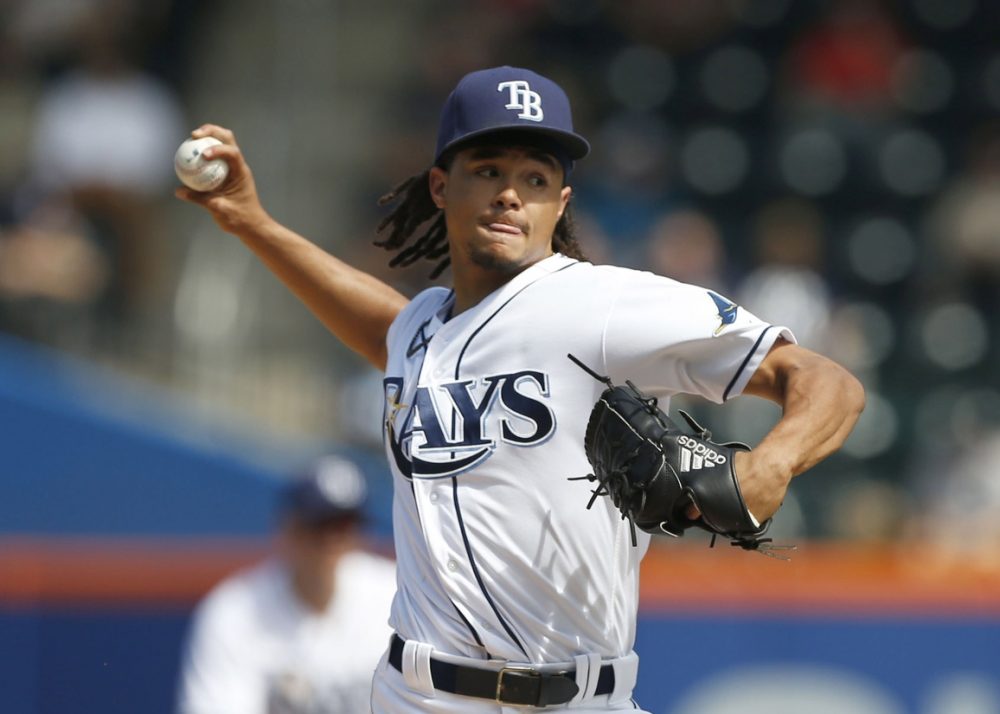 Minnesota has reportedly checked in on Tampa Bay ace Chris Archer. According to La Velle Neal III of the Minneapolis Star Tribune, the Twins made an offer two weeks ago and the Rays have an interest in outfielder Max Kepler, who is under team control for the next five years. Kepler, who just turned 25 this weekend, hit .243/.312/.425 with 10 home runs in 141 games in 2017. Archer had a 4.07 ERA and 3.30 DRA in 34 starts last season. He strikes out a ton of guys—last season his K/9 was 11.1 and over the past three seasons he’s averaged 244 strikeouts per season. The Twins are need of a front-end starter, especially now that Ervin Santana is out 10-12 weeks with a hand injury, so acquiring Archer could be a big get for them.

Archer isn’t the only coveted Rays starter. It seems Jake Odorizzi has a bunch of suitors these days, too. The Brewers, Twins, Cardinals, Angels, and even the Orioles all could be interested in Odorizzi’s services. This is according to Marc Topkin of the Tampa Bay Times. The Rays are looking to shed some payroll—I know, what payroll?—while “improving the organization by adding prospects.” Odorizzi had his arbitration hearing this week and is looking to have his salary increase to $6.35 million, while the Rays want to pay him $6.05 million.

Odorizzi didn’t have a strong 2017, finishing with a 4.14 ERA and 4.70 DRA. One big issue he had was that he made 28 starts but only pitched 143 1/3 innings. He wasn’t pitching long into games, he surrendered a career-high 30 home runs, and his walk rate was above his usual numbers. But, Odorizzi is still relatively young—he turns 28 in March—and is under team control through 2019. Of the teams mentioned, the Orioles have the most pressing need for a starter as they don’t have a complete rotation. We know the Twins need a starter. Now it’s up to the Rays to decide if any of these teams have the prospects they’re looking for.

Ashley Varela wrote yesterday morning that the Dodgers were close to making a deal with Chase Utley and it was announced on Tuesday that they agreed to a two-year contract. Andy McCullough of the Los Angeles Times says the deal is expected to be for $2 million. Utley hit .236/.324/.405 in 127 games with the Dodgers last season and this will be his age-39 season, so the Dodgers probably aren’t expecting too much from him. He’ll serve as a backup to both Logan Forsythe and Cody Bellinger, much like he did in 2017.

It was first reported on Friday that the Rays signed reliever Sergio Romo to a one-year deal, and on Tuesday it became official. Romo is guaranteed $2.5 million in the deal and he gets a $250,000 assignment bonus if he’s traded. The right-hander, who turns 35 on March 4, spent time with both the Dodgers and Rays last season. He was 2-0 with a 1.47 ERA and 2.68 DRA in 25 games for Tampa Bay. Romo spent the first nine years of his career with the Giants and his 84 career saves are all with San Francisco.

The Blue Jays signed reliever Craig Breslow to a minor-league contract worth $1.25 million if he makes the team and he can earn another $700,000 in incentives. The veteran left-hander started last season with the Twins, but was cut loose in July after posting a disappointing 5.23 ERA and 6.64 DRA. He then signed with the Indians in early August, but he didn’t fare much better in Cleveland and finished the season with a 5.09 ERA and 6.56 DRA across only 35 1/3 innings of work.