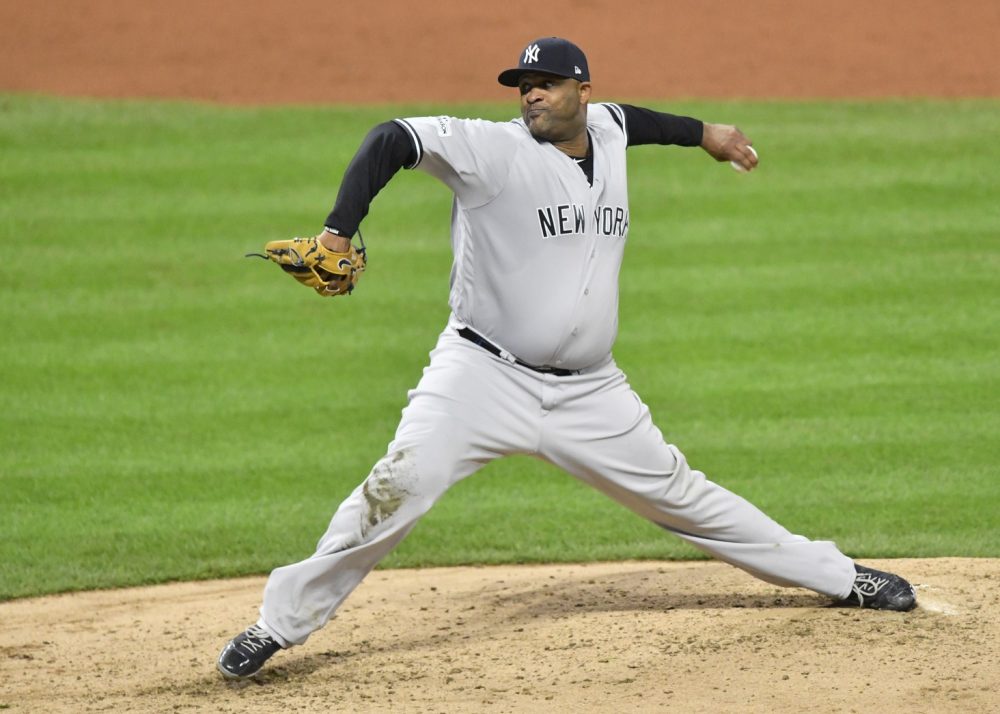 The second day of the Winter Meetings saw the Yankees and Padres pull off a swap that sent veteran third baseman Chase Headley and his $13 million salary back to San Diego, along with right-hander Bryan Mitchell. In return, the Yankees got Quadruple-A All-Star outfielder Jabari Blash. Yankees general manager Brian Cashman said that Headley would have been competing with the kids to play third base in spring training, so instead the Yankees trimmed his contract from the Giancarlo Stanton-inflated payroll and the Padres got a pitcher they’ve apparently had their eye on for a while now.

And now the Yankees are looking for more pitching. Bob Nightengale of USA Today reported early on Tuesday that right-hander Michael Fulmer of the Tigers and left-hander Patrick Corbin of the Diamondbacks were possible Yankees trade targets. Fulmer had season-ending elbow surgery, but should be ready for spring training. He isn’t arbitration eligible until 2019 and he won’t be a free agent until 2023. Corbin, who had a 4.03 ERA and 4.60 DRA last season, is 28 years old and entering his final year of arbitration before free agency.

In more pitching news that could impact the Yankees and their rotation, George King of the New York Post reported that CC Sabathia met with the Blue Jays. Sabathia, who became a free agent after a resurgent 2017 campaign, expressed on his Players Tribune podcast that he wouldn’t be opposed to a year-to-year deal similar to what the Yankees gave lefty Andy Pettitte when his career was winding down. Sabathia went 14-5 with a 3.69 ERA in 27 starts and he was 10-0 in his starts following a Yankees loss in 2017. It was his best season since 2012. There hasn’t been any recent movement by the Yankees with Sabathia, but they haven’t ruled him out. The Angels also showed interest in Sabathia and held talks with the lefty over the weekend.

Apparently free agent reliever Fernando Rodney was wandering around the Swan and Dolphin Resort in Lake Buena Vista, Florida on Tuesday looking for teams to discuss a possible deal for 2018. According to Chris Cotillo of MLB Daily Dish, the candidates that emerged were the Twins, Rangers, Diamondbacks, Mets, and Tigers, but Jon Heyman of FanRag Sports reports that only the Diamondbacks, Twins, and Rangers are serious suitors. T.J. Sullivan of MLB.com says Rodney met with the Rangers, but that no deal was made. Rodney, who turns 41 in March, saved 39 games with a 4.23 ERA and 65 strikeouts in 55 innings last season.

Another intriguing name that popped up in trade talks on Tuesday was Orioles third baseman Manny Machado. Baltimore let it be known that they would trade Machado if the right offer came along. They also let it be known that if Machado isn’t traded, they’d likely move him from third base to shortstop, per his request. Machado doesn’t hit free agency until next year, but the Orioles may be swayed into dealing the 25-year-old early. Dave Sheinin of the Washington Post reported that the Phillies, Cardinals, Rangers, and the Yankees (of course) were mentioned as possible trade partners.

It’s not uncommon to see an in-division trade, but if Brian Cashman were somehow able to entice the Orioles and talk them into trading Machado to New York, he would deserve every award a general manager can get. Orioles front office boss Dan Duquette said they would “explore the market and see where it takes us.”

You need to be logged in to comment. Login or Subscribe
tearecrules
Sabathia was 10-0 during the regular season following a Yankees loss. 10-1 including the postseason. WOOOOOOOOO!
Reply to tearecrules