Moving, and Moving On

My parents, like many couples, made some life changes as their youngest child prepared to leave for college. They’d been talking about downsizing for a while, but they ultimately figured that they weren’t interested in half-measures here; rather than simply picking a smaller house, my father decided to pick a new job, and so they left my childhood home in North Carolina for the suburbs of New York City. They announced this just before my graduation from college and my sister’s from high school, with neither of us thrilled at losing any of the precious little stability we had left. As a consolation, my mother told us that our guest rooms in the new place could look just like our childhood bedrooms in the old one—we weren’t going to ever really live there, no, but the rooms were nevertheless ours.

My sister, still a teenager, recreated much of her old bedroom in her new one. I didn’t. It seemed silly to use my 13-year-old self’s decorating choices as the model for a room that wouldn’t even really be mine as a 21-year-old. I was sentimental about my stuff—every half-filled notebook and teddy bear and old t-shirt had to come. But I had no desire to take what was on my walls. There were posters of television shows I didn’t like anymore, pictures with people I hadn’t talked to in years, layers of things that once meant very much to me and now nothing at all.

There was one exception: everything I’d placed in the prized real estate directly above my bed. There were miniature decals of Grady Sizemore and Travis Hafner, a cardboard Jhonny Peralta card pinned up with care, a framed photograph of Grady Sizemore’s face on the Jacobs Field jumbotron, a piece of looseleaf on which I’d painstakingly written “MRS. GRADY SIZEMORE” over and over in my best gel pens. The whole set-up was, more than anything else in the room, clearly the work of a 13-year-old. But that quality—that done-by-a-13-year-old-ness—was what made me so eager to trash everything else, made me want very much to keep this little collection. It was the product of the only type of fandom I knew at age 13, one which I am only loosely acquainted with a half-lifetime later: a fandom based on loving individual players very fiercely and intimately, on feeling instantly rather than scrutinizing intellectually, on taking everything personally. The only baseball memorabilia I had in my college apartment was a SaberSeminar poster titled “The Periodic Table of Stats,” nestled among a bunch of other frames on a carefully-curated gallery wall—a display meant to tell other people look, I have good taste, rather than this beautiful little explosion of aalskfhalsdagjlaskhf I am so in love!!!! 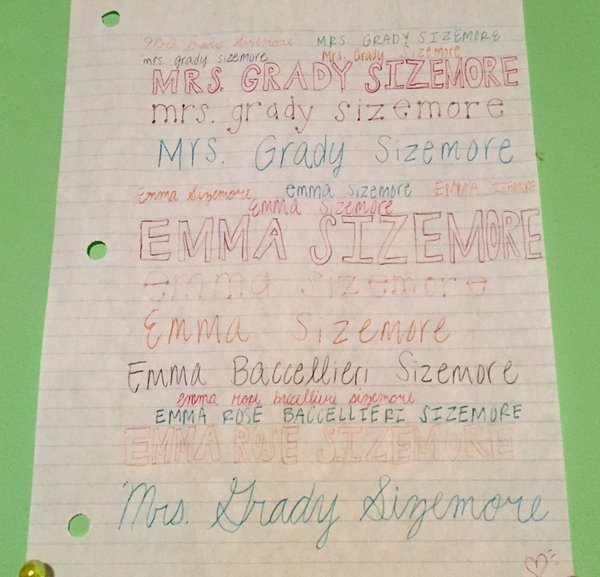 I didn’t relocate that display above my bed to the new house. You can’t really stick those decals on a second wall once they’ve been stuck on a first, and I’m no longer so sure about the idea of taking an eventual husband’s last name. (To say nothing of that husband being Grady Sizemore.) But I did take the framed photo of Sizemore’s face on the jumbotron—from the first game where I saw him in person, in 2008, so excited that I borrowed my mom’s camera to take pictures of him in the on-deck circle and the batter’s box and in center field. None of those pictures turned out. The only one that was halfway decent was the easy shot, the one of his face on the giant video screen. It’s a silly thing to frame. But the point wasn’t having a good picture or an interesting picture, the point was having a picture of him—or a picture of a picture of him—taken by me. The point was caring, for my own sake and nothing else. And so I framed it, and years later, I took it with me.

Keeping house is always a fair amount of work, but keeping house at the holidays is overwhelming, the kind of task that earns you a tip of the toga from Hercules. Sure, there’s decking the halls and trimming the tree and whatever wassailing is, but there’s also a lot of, like, vacuuming. And dishes. And baking of the terrible rock-hard German cookies that have to be made because it’s tradition (but take two weeks to cure and seriously what cookies need to cure? That’s a bad cookie). I’m not Jewish, but latkes seem insultingly messy. The holidays are work, is what I’m saying, and not the fun and festive Christmas commercial work of balancing one perfect ornament on a gently swooning tree branch, but pure sweating drudgery. And, the real rub: there’s not even any baseball on. Most wonderful time of the year, my foot.

To fill the baseball void while vacuuming up approximately the 70 millionth pine needle off the carpet, I turn to made-for-TV Christmas movies. Like baseball, you are almost guaranteed to be able to turn on the television at any time during the season and find one on; unlike baseball, you will be able to predict the ending with perfect certainty. To tune into a Hallmark or Lifetime movie is to cede a certain amount of surprise: the family Christmas tree farm occupying a prime piece of real estate will be saved; the cookie factory operating on impossibly slim margins will be saved; Christmas will be saved. Everything gets saved. This is in direct contrast to baseball, where the save is an actual high-wire act, insecure, unscripted, and often terrifying (more terrifying depending on the angle at which your closer wears his cap), the kind of thing that leaves your nerves scraped raw and jaw sore from clenching. Salvation in baseball, like in life, is no guaranteed affair. 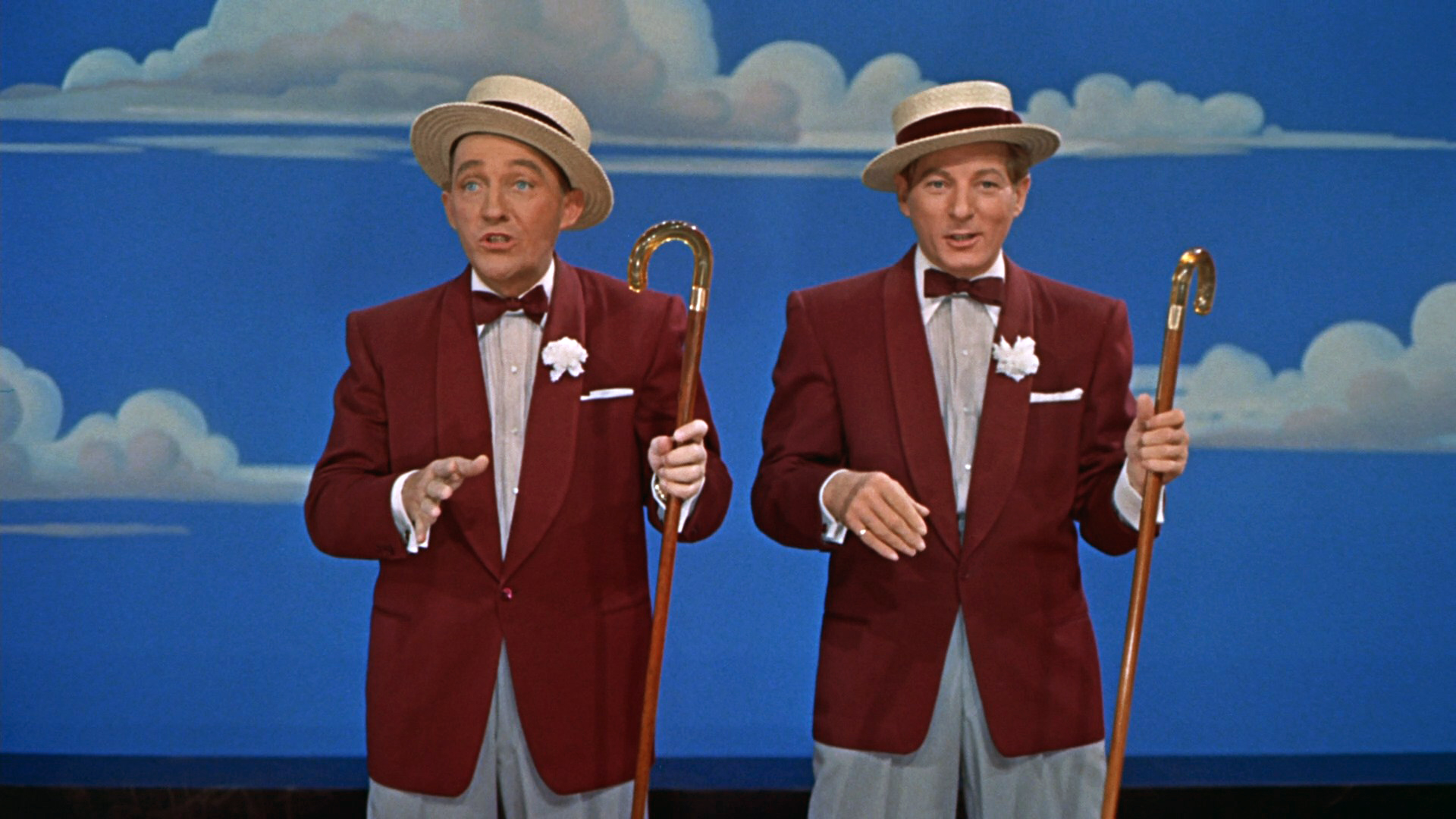 The real interest in a made-for-TV movie, then–aside from the setting, from small Vermont inn to smaller Vermont inn–isn’t so much in what will happen, but how it happens. How will the main character be rehabilitated? This is where the better movies distinguish themselves on the narrow band of quality that separates the “watchable” from the “unwatchable.” The better movies earn their endings through a steady build inching the main character towards self-discovery, whereas the ill-conceived ones begin to collapse in on themselves as the shellacking of holiday pastiche proves unable to bear a full ninety minutes (eggnog: not as strong a binding agent as the calorie count might suggest). I confess I am interested in both, that occasionally the failures are as entertaining as the successes; I want to see writers dig themselves out of logistic Grand Canyons like “woman falls in love with mannequin” or or “woman meets man at Christmas ball, is rendered unrecognizable by half-mask” or “woman goes to wrong in-laws’ house for the holidays.” Related: I also enjoy tuning into Mets games. No matter what I’m watching, the focus isn’t on the ending, or the product, but the process. It seems to me like this is a good way for fans of certain teams to approach watching baseball. A question we should all ask ourselves a little more: not where are we going, but how are we going?

Sadly, like the 2017 Mets, sometimes the holes are just too deep. I’m always rooting for the writers to surprise me and solve problems in a way that is as elegant as it is surprising; instead the character wakes up on Christmas morning to find it was all a dream, the narrative equivalent of a stint on the DL. But baseball has conditioned me to expect the unexpected, so I keep watching, waiting for the days to lengthen, for spring training games to keep me company while dusting instead.

You need to be logged in to comment. Login or Subscribe
tearecrules
I am fascinated by someone moving from NC to NYC to simplify their life. Your parents financial advisor must have done a spit take when hearing that. I can see how it would work but man, high risk moderate reward plan.

Foil, parchment paper, and disposable cookware are the key to reducing the work of cleaning up during holiday meals. Any time when you can swap out real dishes for Dixie, do so. For example, serve the pferrernüße with a paper plate. Also, and this should be expected for any household claiming to be even moderately progressive, the individuals who cook the meal are not the ones clearing the table and cleaning. Being expected to do both tasks is why people hate the holidays.
Reply to tearecrules