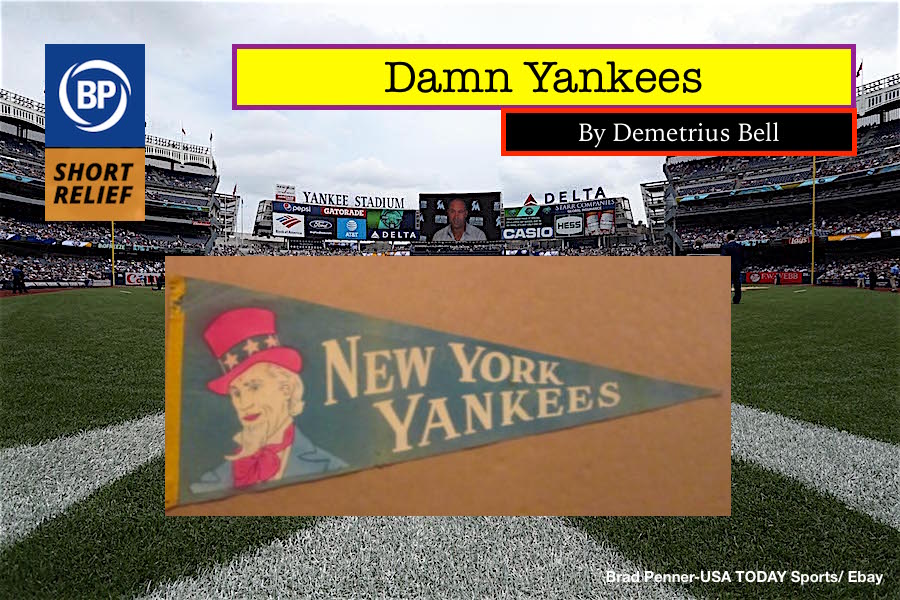 When it comes to baseball logos, most of them are iconic marks that have withstood the test of time. Others have logos that accomplish the bare minimum goal of letting you know what to expect when it comes to the uniforms.

Nearly every single team in baseball has the representation of their primary logo utilized in some form on their uniform. Whether it’s represented by the hat logo itself, or by taking something from the primary logo and simply placing the element on their uniform, it’s as if the logo and the uniforms are inextricably connected.

The New York Yankees are the obvious exception to this rule, because their logo and uniforms may as well be in a different galaxy. When you think of the Yankees, you’re either going to have an image of one of their many legends and stars wearing the home pinstripes or those plain gray away uniforms that both share navy blue as a dominant color. You’ll also think of their iconic hat with the famous interlocking NY logo, which has basically taken a life of its own as a fashion statement instead of simply being known as just a baseball hat.

So with that in mind, you’re probably not going to think of New York’s primary logo. There isn’t a single trace of navy blue in it. Instead, it’s a patriotic celebration that includes an Uncle Sam hat sitting atop a baseball hat. The script logo was only seen on various pieces of signage across Yankee Stadium and on obscure bits of merchandise. The only time that it was actually worn on the baseball diamond was for Players’ Weekend for both the 2017 and 2018 seasons. Other than that, it’s such a stark departure from what you normally associate with the New York Yankees.

This has been the standard for the Yankees since 1947, which is when the team adopted the first edition of the Uncle Sam hat logo. Do you know what their primary logo was before they went to the patriotic logo? The interlocking NY logo! My personal guess is that the team decided to go with the patriotic logo two years after the United States came out on the victorious side of World War II and figured that they should go all-in on being known as the Yankees. However, they also decided to straddle the fence by not changing their uniforms at all. So here we are weeks away from 2020 and barely anything has changed with regards to their visual identity.

If I was in charge, I’d just recolor the logo so that navy blue was the focus instead of red and that would be it. It’ll probably never happen because the Yankees will likely look the same in 3020 when they have relocated to Mars, but it’s fun to dream about consistency! 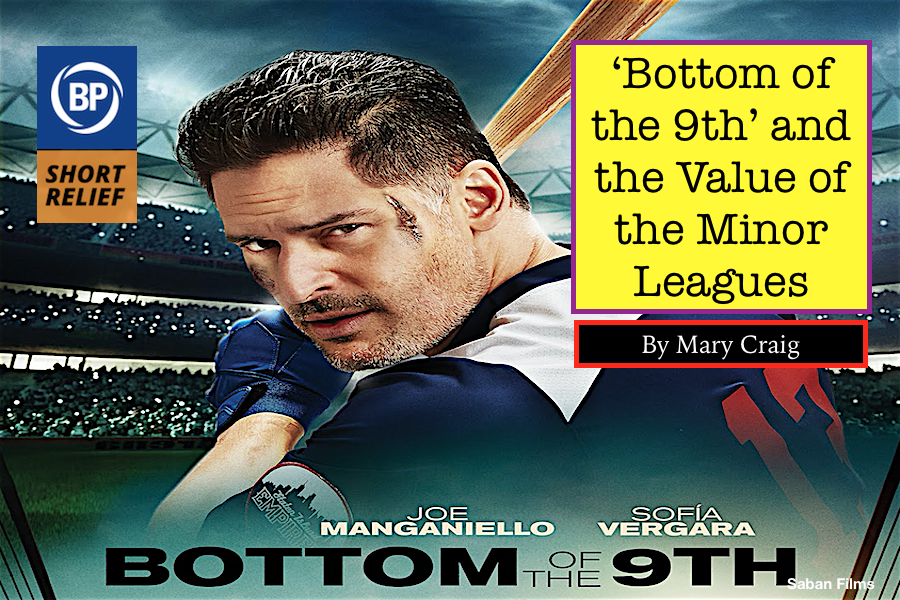 I have a confession to make: I‘ve watched shockingly few baseball movies in my life. I’ve never seen The Natural, or Field of Dreams, or Major League. Indeed, the only baseball movies I’ve seen are The Sandlot, the Bad News Bears remake, and A League of Their Own. It’s not like I’ve turned down opportunities to watch other baseball movies, but I certainly haven’t sought them out. In an effort to correct this area of my life – and while flying home for Christmas break – I decided to watch the critically acclaimed baseball movie, Bottom of the Ninth.

The movie opens with a scene depicting a prison yard game of baseball. A brawl occurs after the pitcher throws at the head of Sonny Stano (Joe Manganiello). In retaliation, he attacks the pitcher with the bat. It then fast forwards to the present day, when has just been released from prison. His mother it turns out died in the interim. He returned home to an empty apartment. We learn that he was a star in the Yankees’ farm system at the time of his imprisonment. One night, he runs into his former minor league coach who ultimately convinces him to get back into the sport, first as an assistant coach, and then as a player after he’s scouted by Brian Cashman and Bernie Williams.

The rest of the movie focuses on Sonny’s minor league team, the Staten Island Empires, learning to work together as a team, with dramatic scenes connected by montages depicting bus rides and games against various teams. The movie concludes with an injured Sonny and Manny, his star teammate he was first hired to mentor, combining to surmount a come-from-behind victory in a relatively meaningless game in front of a crowd of several hundred people.

As a whole, the movie is incredibly formulaic with fairly blase acting. Yet there’s something charming about it that speaks to the possibility the minor leagues affords players. It’s quite clear that Sonny, who is 38, is never going to make it to the majors and perhaps will never progress beyond single-A, as is the case for the majority of his teammates. But Sonny, after 18 years in prison, operates within the parameters of new measures of success. For him, hitting a walkoff home run in a standard game is a victory, and we’re supposed to view it as such, too, despite knowing that beyond the scope of the movie, there is little more than failure.

Minor League Baseball, in spite of its operation, affords players these small moments. It similarly affords fans the opportunity to knowingly or unknowingly partake in these moments. Although Bottom of the Ninth is nothing special, when it’s viewed in conjunction with every other movie made about the minors, it does offer insight into how fundamental MiLB is to the aura of baseball as a whole. It demonstrates that the simplicity and mundanity of moments like Sonny’s supports the argument to offer such opportunities to more players rather than fewer. 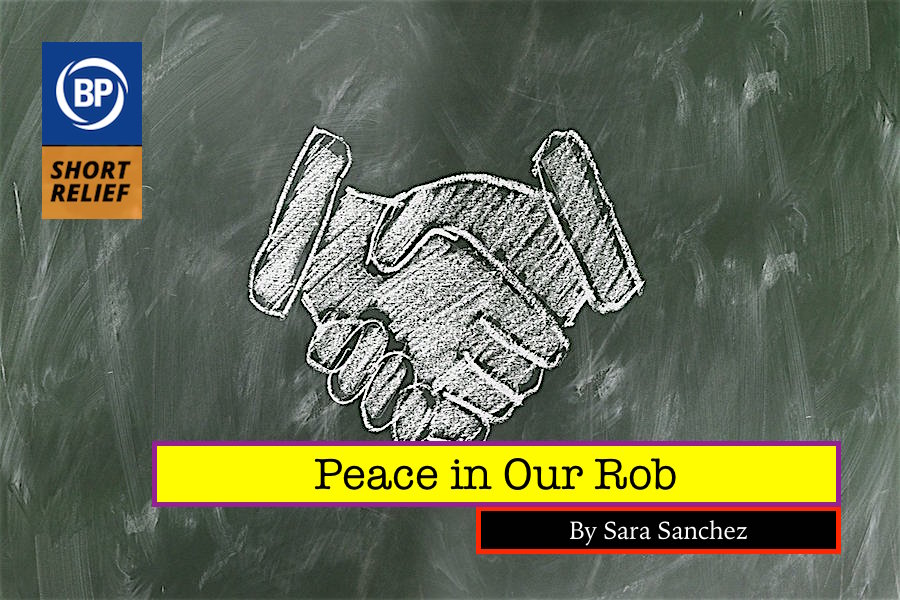 In less than a week I’ll head home to the small rural Utah town where I grew up. I love that quiet mining town on a dusty plateau. I love our traditional Christmas dinner with the neighbors who feel more like family than friends. I love the traditional day after Christmas dinner my mother cooks each year for the same group of friends. I love seeing my best friend who currently lives in Seattle but comes home every Christmas. It still feels like she lives less than two miles away every time she knocks on the door.

And thus concludes the Hallmark Movie portion of this piece. Like almost everyone I know going home is also complicated. One of the things I never look forward to with the holidays is trying to abide by my mother’s plea that everyone “get along” and “avoid politics.”

There are very few things I invest as much time in as baseball, but one of them is politics. My degree is in political science and even though I haven’t done more than volunteer for a campaign in over a decade, I still follow politics with the same obsession I generally reserve for the Chicago Cubs. My day job is running national programming for a non-profit that works to ensure there are debate programs in 22 different cities across the country. In other words, being told that political debate isn’t welcome over the holidays is the functional equivalent of muzzling two-thirds of the most active parts of my brain.

It never works anyway. The scene almost always plays out the same: I will promise not to start any political conversation and then someone else will start it for me. Even if I wanted to avoid these conversations I couldn’t, family members have been asking my opinions on politics since I was 15.

So on the eve of what is sure to be another week carefully choosing my words and engagement in the political news of the day, I wanted to thank an unlikely hero in 2019’s political landscape: Rob Manfred. You see, the Commissioner of Major League Baseball has managed to do what it seems like all politicians have been incapable of since I was in high school — he has united both Democrats and Republicans against his plan to cut approximately 25 percent of the Minor League Baseball affiliates in the country. Democrats and Republicans can’t agree on basic facts in 2019, but over 100 members of both parties agree that it would be a tremendous loss to their communities to lose their minor league affiliates.

You need to be logged in to comment. Login or Subscribe
Shaun P.
This Yankees fan has at least two caps, a pennant, and a t shirt with the team’s top hat logo on it, acquired easily over the years, so I am not sure how obscure such merchandise is. The top hat logo has also been used for decades during Yankees TV broadcasts and TV commercials. I actually like the red in it, because of course the seams on an actual baseball are red, and so it goes together with that, but I understand your point about colors being highlighted. The Yankees sometimes seem to find a way to be a little different.
Reply to Shaun