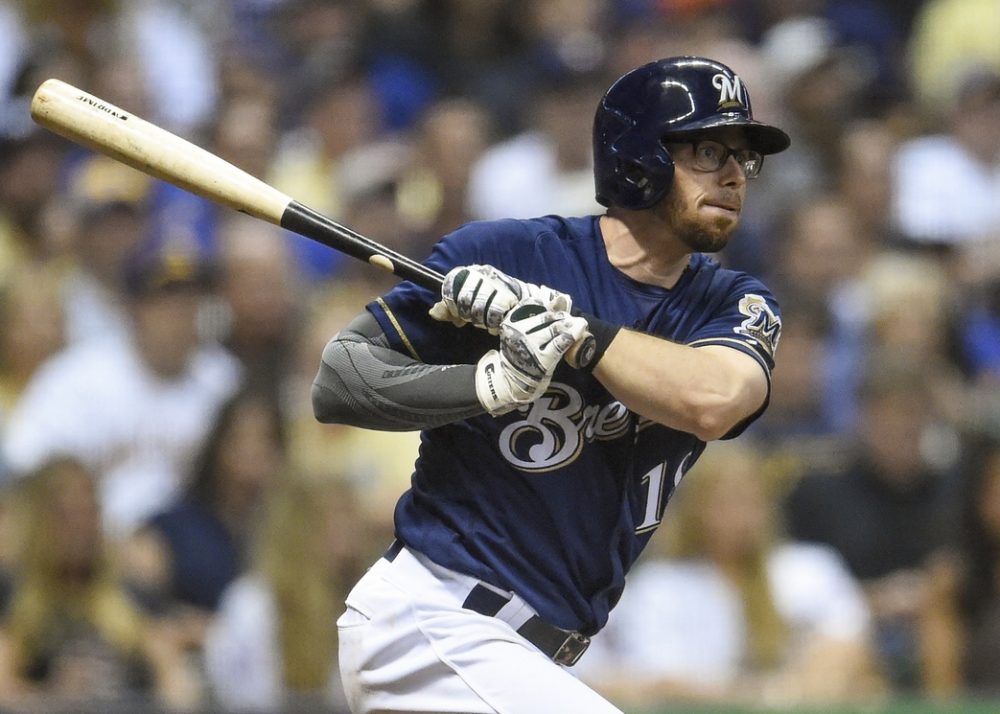 After a couple of seasons as a just-fine utility infielder and The Face of MLB, Eric Sogard’s 2016 campaign was a phantom; it never really existed. Two fragile joints busted and The Goggled One skipped from the fringes of an MLB roster to … nowhere.

A Brewers team desperate for infield talent of any stripe picked him up on a minor-league deal and stashed him in the minors in case of emergency, another classic marriage between struggling team and borderline player. Or so I thought.

It turns out that more than a year away from major-league playing time taught Sogard patience. Upon arriving in the big leagues to help shore up a surprisingly good Brewers team riding an Eric Thames-led April high, the veteran made himself a fixture up the middle thanks to a preternatural ability to reach base. After years of being the guy who hit only enough to keep himself on the fringes of a bench, Sogard just kind of stopped hitting and took up walking instead.

For almost all the 2017 season, Sogard kept his on-base percentage above .400, and sparked the Brewers’ offense during a few magical summer months. The dream wouldn’t last–those never do–but he still provided the same solid defense at multiple infield positions and complete lack of power that he’d always given, even as the Brewers looked in other directions for more potent offense at the keystone.

A would-be free agent, now Sogard has turned a magnificent summer into a more steady and lucrative gig, one that seemed impossible 12 months ago. He won’t be gifted the starting spot at second base in Milwaukee, but he will be the safety valve and rear guard for a team poised to contend for the first time in ages.

For a minuscule price, the Brewers reward an unexpected surprise and guarantee a minimal level of competency during the absence of a Travis Shaw, Orlando Arcia, or Whoever-The-New-Second-Baseman-Is. The distinctive middle man earned a contract that wouldn’t be out of place before his lost 2016, which matches the few positive runs he’ll earn a team through versatility and defensive adequacy. Like Sogard himself, and like his defining eyewear, it fits.