February: Wet, dark, and cold. The thing that gets you through it isn’t looking back, but forward. You don’t even mind the fantasy baseball ads, space-filling columns, and marketing calls from the team. It is baseball, and it is coming.

March: The intro song is so bad, and so dated. Every year for decades, every broadcast starts with that same pulsating, synth-heavy 90’s song. You love it. When the broadcaster’s voice comes on the radio for the first time, you have to pull over, because you’re a sap, and because the sheer familiarity of it all provides a comfort you haven’t gotten in months. It’s back.

April: They started slow, but hey, they always start slow. The early schedule is brutal, and the stars underperforming will revert to their career norms. This team was never supposed to win 100 games anyway. All you want is one playoff game. That’s all you’ve ever wanted. No reason that can’t happen.

May: Everyone’s hurt. Everyone. The entire starting rotation lands on the disabled list in a matter of weeks. The team is still half a dozen games below .500, over 10 games out of first, and you notice the familiar feelings of math’s cold fingers around a season’s throat.

You tell yourself you don’t know, but you know. With 100 games remaining, this season is over.

June: They get hot, somehow. Seemingly everyone is still hurt, the seventh starter is the current ace, but they go five over for the month. Once, when you were a kid, they faced way longer odds than this, and that team became your favorite team ever. This could happen again.

July: For a few weeks you almost believe. When the team wins five straight to open the second half you even convince yourself that you do. But by the end of the month, half the lineup is slumping, pitchers flicker onto and off the active roster like fireflies in the night, and you’re chastising yourself for ever believing. You get an offer to travel abroad in September, during the last home stretch of the season. You say yes.

August: Even in the worst seasons, they’ve always had at least one true superstar. The bleeding of 100 losses can be stanched by 262 hits, a lost season saved by a Cy Young Award. But this team has nobody of that caliber. It’s just another team, and just another season. Another one like the rest.

September: Your travels abroad take you to Prague, and during a lull in conversation you check your phone:

A 4–2 loss to Cleveland. Eliminated. Sixteen in a row.

You turn off your phone, crack a joke, and order another beer. You’ve never been further away.

The Secret Lives of Ballplayers 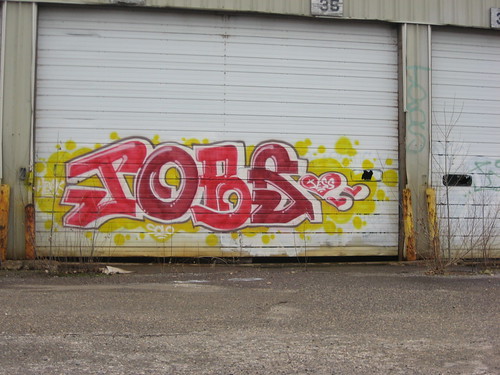 Major-league players aren't required by the vicissitudes of capitalism to acquire jobs in the offseason anymore (though the practice lives on in the minors), but because baseball is deathly boring, they do work secret second jobs at the same time that they play ball. Some examples:

Look, whatever, it’s fine, I knew it wasn’t going to work out. Yonder Alonso and Danny Valencia, it’s fine. That guy on the A’s is protesting during the anthem and I suppose I wish my team would too… and oh look, Bryce Harper is back, and the Dodger man is doing the hit the ball far thing.

I mean….. look. At the end of the day, this time of the year brings the same thing with it. It could be a time to plug in to the ins and outs of Major League Baseball in 2017, just as I have done in this paragraph. Or……… I could throw on my DVD box set of Ken Burns’ Baseball (with the Eleventh Inning) to try and pass the time until February, as I have done every year since I was in high school, bandaging a fandom that knows nothing more than an immediate warm blanket in the middle of a rainy winter.

Sure, one may want to think through the recent firing of Fredi Gonzalez down in Atlanta. Hell, where is Endy Chavez, and will Bartolo come back for yet another season? And what are we to do with the broken arms of the New York Mets? Nothing, my good friend, because, I don’t know if you heard this or not, but they built the field on pigtown, and the defense has the ball. Spaceman Bill Lee is wearing a hat from Communist Russia, and there is a clip from The Pride of the Yankees. Buck O’Neil is singing “Take Me Out To The Ballgame,” and Dan Altavilla has an xFIP of 4.68. If you’ll excuse me, I’m listening to Wynton Marsalis.

I understand that history demands narrative significance in the game. It’s a part of history, anyway: the Red Sox in 2004, Aaron Judge breaking the rookie home run record, Willie Mays’ catch. Or: my summers from the years 2007 to today, putting in disc three with Ty Cobb’s dirge while I max out my credit card on Ebbets Field Flannels. Sure, there is baseball left to be played, an entire January left to be suffered. But perhaps, perhaps just this time, I’ll skip the October jealousy and the fall envy and dive back into black-and-white ontology, a history which is neither mine nor theirs but one which belongs to the books. What it means is that every year will bring with it a new chance for object permanence, for a victory outside of my immediate roster concerns and projected win-loss totals.

What I’ll get is something else altogether. But tonight I flip the disc upside down to watch the next episode, because it was imprinted on both sides when DVDs were still a new, exciting commodity. I think this might have something to do with the other thing, but I couldn’t be too sure one way or the other.