There is something grotesque about Cy Young’s statistics. I do not like to look at them. 453 innings pitched in 1892, a 35-10 record in 1895, a 0% home run rate in his age-43 season with the Naps in 1910. They’re reminders that baseball wasn’t really baseball, or it isn’t still baseball today, that there’s some sort of divide between antiquity and modernity that cannot be crossed. It’s a failure of history. Cy Young was great, but in a way that I can’t comprehend.

Young, too, failed to adjust to the passing of time. Forty-five at retirement, he knew nothing but baseball. But he wasn’t destined to remain with the game; he didn’t have the mind of a manager. His role was to take the mound when his coach told him to, throw the pitches as his catchers signalled. So he took his earnings, prudently invested, and returned to his small Ohio farm, growing potatoes and breeding dogs and drinking at the local lodge, listening to baseball on the radio.

His only daughter died in childbirth, his wife passed away in 1933. And then the longevity that made Cy Young so much fortune took it away. As the Great Depression worsened, his farm failed and his investments faltered. He sold his home for a loss, unable to face living there alone. He tried to make money barnstorming in Augusta, pitching an inning each game to draw crowds; at age 68, the effort was too much for him. The venture failed and took much of his remaining fortune.

He returned to his home with only stock dividends, less than ten thousand a year in today’s dollars, to support him: no home, no job. Too proud to accept charity, he worked as a clerk in the local general store, like a caged lion. He was was taken in by a couple, John and Ruth Benedum, who had been cared for years ago by his wife. He stayed in a spare room, watched their daughter and worked odd jobs for them around the farm until he no longer could, wrote letters to distant well-wishers until he could only sign his name on them.

Cy Young, and John and Ruth Benedum, are gone. So is their daughter, Jane, whom he took into town, taught to farm, whom he played catch with in the empty fields. Eighty years later, the fields are still empty, and the house still stands, nestled in unincorporated county between four villages that are themselves between four towns. I myself am an urban man, a creation of concrete; the idea of Peoli, Ohio is as unthinkable as the 511 victories of the man who died there, both a cranky old man and a myth, two generations shy of being a celebrity and a millionaire.

Local baseball game blacked out in your area? Here are some alternate viewing choices, with analytics to help you make the right selection. 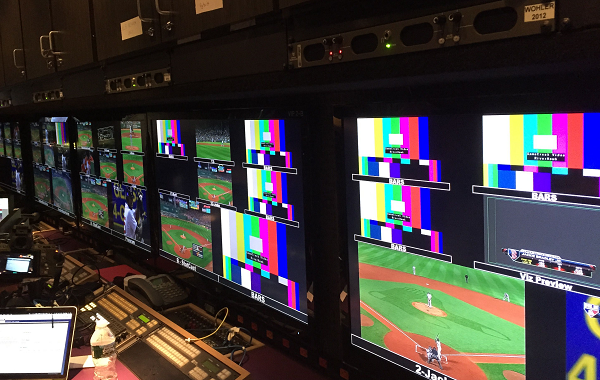 [Game of Thrones, “The Rains of Castermere”]

Robb Stark drew his sword with a route efficiency of only 55 percent. Perhaps if he had a quicker first step, he would have escaped the arrows coming at him with a considerably high hit probability (92 percent). Advanced defensive metrics and the eye test both rate Stark as a below-average defender.

This time, the eye test and the metrics don’t agree. Wile E. Coyote’s Ahabesque pursuit of the Road Runner often boasts a great first step and route efficiency. In a characteristic error, the Carniverous vulgaris’s plan backfires as Wile E.’s anvil falls at an incredible 111.4 MPH, the Road Runner escaping narrowly. An anvil falling at that velocity squashes a road runner 98 percent of the time—clearly Wile E. has offensive trouble in the aridity of the desert.

But any scout could tell you that. Beep beep!

AMC is showing the classic 1993 film this month, but those who haven’t seen the film recently will be disappointed by Richard Kimble’s iconic tumble off of the dam. Kimble’s launch angle (43 degrees) is higher than the average dam jump, and his pedestrian exit velocity (94.6 MPH) looks good only compared to his slow acceleration (11.4 seconds to reach top speed).

For those want to cry “I DON’T CARE” at such things: Tommy Lee Jones’s Samuel Gerard had only a 45 percent chance of catching Harrison Ford’s slippery Kimble.

Many were skeptical that Drag Race would succeed after a surprise offseason trade from Logo to VH1, but season nine has featured a good balance of entertaining queens (Valentina!) and villainous ones (bye, Kimora Blac). What a shame it was to find out, then, that Trackman had missed Aja’s high-flying acrobatics in her stunningly good lipsync of “I Need a Hero.”

Kristin shot J.R. The bullet’s launch angle was too low to qualify as a barrel, however.

The premise of the episode—that George has been “caught” by his mother—is evidence of George’s slow first step (STEP), but soft hands and above-average arm strength (ARM). George clocks in at .31 seconds, paling in comparison to Kramer’s average first step of .25 seconds. As for the latter: Kramer’s 4.1 second average when bursting into Jerry’s apartment is tops on TV.

Mulder and Scully investigate a series of high velocity readings early in the 2017 season. Hilarity ensues when the two butt heads over Mulder’s insistence that there’s a vast government conspiracy behind the readings, while Scully thinks the readings are the result of harder throwing relievers getting more innings and “hot” radar guns.