Puttin’ On The Reds

In 1998, the Reds were bad. Groan and wince bad. It’s probably why, of all teams in history, the 1998 Cincinnati Reds were baseball’s all-time pun team. Not in quantity, but quality.

It began with Sports Illustrated’s humble season preview, the subhead of which underscored both properties: SCHOTT IN THE FOOT.

"We're more of an expansion team than Tampa Bay or Arizona,"

The expansion Diamondbacks had 560 plate appearances of Andy Fox, the Devil Rays Opening Day roster literally employed a Bob Smith, and the Reds had less than this. If this sounds familiar to another Cincinnati Reds team about to break camp on another baseball season, then let’s consider what happened on June 21. Manager Jack McKeon had a perfectly good Reggie Sanders on his team but instead scribbled in this lineup:

I have no insight into what the ol’ skipper watched the night before but this was the first and only occurrence of the outfield, reading surnames left to right: 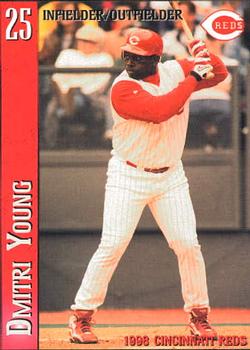 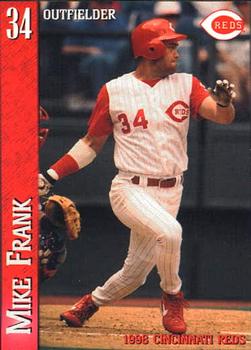 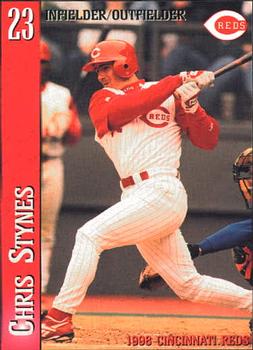 Bonus points, as if that’s possible, were awarded for starting his one Brook, although unfortunately not his Mel (vin Nieves).

Moving onto the 2017 Reds, how do you make a wilder trio than Young, Frank and Stynes? Bryan Price is going to wrack that noodle pretty hard to find the perfect outfield. Right now their best option is to trade Joey Votto for prospects move Billy Hamilton to right, Arismendy Alcantara to left and then acquire and convert Xander Bogaerts to center for a trio of Al and Xander/Hamilton. This, of course, is a stretch of the imagination. Most people agree Hamilton doesn’t have the arm for right.

The Futility of Baseball’s Unwritten Rules

If there were a verbal form of baseball clickbait, it would be the phrase “playing the game the right way.” It’s often lobbed toward people who seem like they’re having too much fun, thereby defying the Old Testament God who batted the game from Heaven right into Abner Doubleday’s outstretched hand (because it was an unwritten rule to not use mitts). But putting stock in various unwritten rules neglects such an important characteristic of baseball: it encompasses the sociopolitical climate of its time, and it is therefore always changing.

While some unwritten rules have persisted through history, such as never mentioning your teammate is throwing a no-hitter, others have been lost to time. Let’s take a quick look at some unwritten rules that no longer exist, in rough order of their appearance in the game:

Some rules are simply pure superstition, but others are antiquated conceptions of players as property (Hi, Matt Vasgersian–players aren’t property!), and today’s game would look pretty absurd if any of these were still adhered to. Imagine Jose Altuve being forced to play center field because he’s an excellent hitter or Mookie Betts being discouraged from hitting home runs because he’s not a “big man.”

Progress, though often unnoticed, has intrinsically been part of baseball since its birth. So, to all you sticklers for unwritten rules, resistance is futile.

You need to be logged in to comment. Login or Subscribe
jfranco77
Maybe it would be easier for the Reds to trade for a Washington and a Jefferson to go with their Hamilton.
Reply to jfranco77