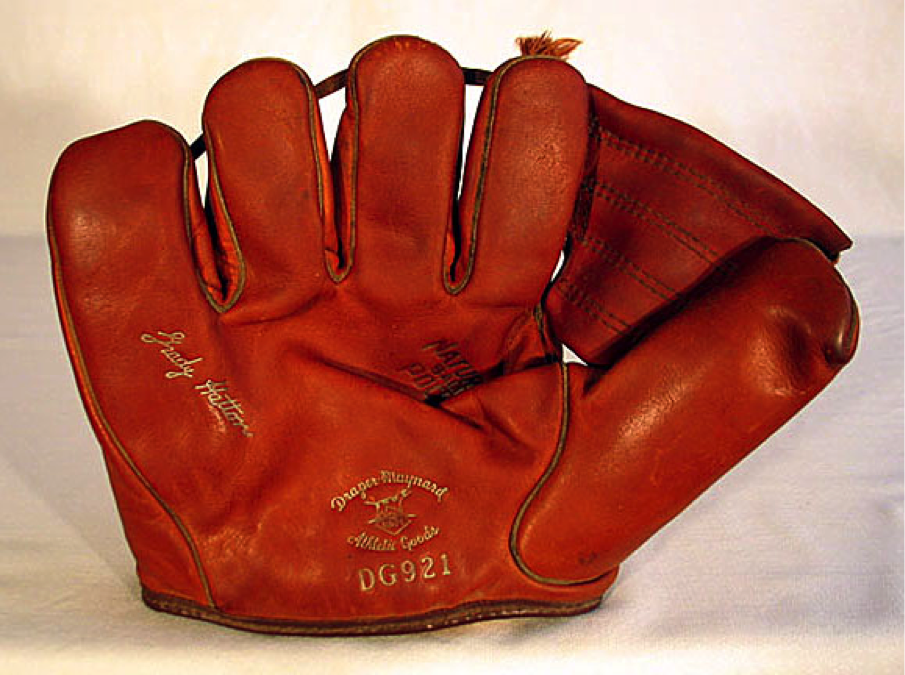 Last week Marlins manager Don Mattingly philosophized on pace of play, theorizing that a large part of the problem is strikeouts. Beyond the aesthetic concerns of balls no longer being put in play, strikeouts slow the game down just due to the number of pitchers thrown per plate appearance. The skipper is quoted as saying:

Mattingly is correct; the social taboo on strikeouts has been lifted, thanks to those pesky RE24 tables. Strikeouts, the way the game is currently constructed, aren’t really that deleterious. There was a time, in the late 80s, when this realization was exciting: Rob Deer was a secret treasure of statisticians, half a fish drawn in the dirt for smart baseball fans.

But Deer is out of fashion now; he’s just about everywhere you look, choking the game with seven-pitch, no-contact at-bats, slowly transforming the game into a handful of pull tabs. And if, like Mattingly, you’re hellbent on pruning them from baseball, it’s going to require an artificial disincentive to do the job. So it’s time to change the rules. Why not? ‘Tis the season, apparently.

Let’s look at some hypotheticals:

This seems a little harsh, especially since teams can pull this off by the sixth inning these days. But imagine the drama of the bases loaded, no outs, and 11 strikeouts on the board. Suddenly a two-strike count creates a golden pitch scenario, where both teams have the chance to win on the next throw. This seems exciting! Terrible, but exciting.

This might not always work, since Ichiro Suzuki once voluntarily listed Two Weeks Notice as his favorite movie on the Seattle jumbotron, and he didn’t even strike out. But this would lead to a rather satisfying new element of baseball espionage, with teams not stealing signs but stealing secrets. Teams hiring private investigators, rummaging through trash, hacking into their opponents’ … wait, hold on.

The foul-out rule from basketball, applied to baseball. In this case the incentives are a little less clear than the first option, since it’s not a Pascal’s Wager situation. But the risk of losing position players would force teams to carry more reserves, which prevents them from putting 10 relievers on the 25-man roster, which would be a nice effect in itself.

Over time this becomes the same as rule A, as the pitcher will have accrued so much electric stabilization as to be unstoppable.

Probably a bad idea, but think of the wellspring of statistics that would flow out of it. We could start looking at LWHRs (light-weight home runs) and evaluate which hitters are more or less affected by an early K. Think of the articles; it’s a BP author’s dream.

This is probably what Mattingly was talking about, not some sort of complicated long-reaching logistical change. Also the worst outcome, given how disproportionately that fine is going to hurt certain players and where it ends up going. Unless the player is forced, when striking out, to pull a hundred-dollar bill out of his back pocket, lay it on the plate, and whoever hits the next home run gets all of it, like a baseball equivalent of Free Parking.

This idea was brought up in a different conversation by colleague Brendan Gawlowski, but it’s an excellent fit here. Rather than punish strikeouts, the same goal can be achieved by rewarding the hitter for putting the ball in play, and the easiest way to increase BABIP is by making it harder to field.

It took a long time for baseball to come to terms with the glove at all, and obviously we don’t want to go back to an age of broken fingers and catchers 30 feet behind the plate. (Let’s say the catchers get to keep what they’re using, just to be magnanimous.) But would shrinking gloves elsewhere be a detriment to the game? There would be a plunge in defensive performance, but it would eventually stabilize, as would our expectations for what a defensive player is capable of, given his new handicap. But over time, the feats of defensive greatness that we did witness would also take on extra significance, being done, as it were, with less leather assistance.

The question is: are errors (or grounders not quite fielded) worse than strikeouts, aesthetically? I don’t think they are. The increased BABIP wouldn’t be distributed evenly; errors wouldn’t happen as a die roll, like in RBI Baseball. It’d be the hardest-hit balls that would be most difficult to field, rewarding the best hitters. And because of the increased difficulty, there would be fewer balls in play considered routine, and thus somewhat more exciting for the fan.

In fact, forget the dumb jokes. I think Mattingly and Gawlowski are onto something. Let’s kill the strikeout by rewarding the hard-hit grounder. Let’s shove bat-to-ball skills back into the game. It might be too late for Ichiro, but it’s not too late for us.

You need to be logged in to comment. Login or Subscribe
kcshankd
This is awesome. I like the three strikeouts and you're out idea, but it needs to be combined with a penalty box and dunce cap.
Reply to kcshankd
ptveite
You want to end the golden sombrero?!?
Reply to ptveite
danrnelson
I certainly don't. If anything, we should force a player who strikes out four times to actually wear a golden sombrero helmet for the next game.
Reply to danrnelson
danrnelson
http://www.fisioripoll.es/images/large/sumaeintegra/ombrero-Venta-Leather-golden-Sombrero461073_LRG.jpg
Reply to danrnelson
leites
How about limiting each at bat to a single pitch - if it is a strike or foul ball, you're out, if a ball, then it's a walk. Could dramatically speed up the pace of play.
Reply to leites
danrnelson
I almost spit out my water reading this one, lol:

"Over time this becomes the same as rule A, as the pitcher will have accrued so much electric stabilization as to be unstoppable."
Reply to danrnelson
paulcl
Do strikeouts actually slow the game down? They take more pitches per PA but they also result in fewer PAs, as a strikeout is an out 99% of the time and a fair ball is only an out about two thirds of the time.
Reply to paulcl
Ambrose Benkert
I would suggest moving the mound back, perhaps to 65 feet. The distance of 60 and a half feet has been in place since 1894, a time when far fewer (if any) pitchers threw 95-100 MPH. Other sports such as the NFL and NHL have changed the rules to put more offense in the game; MLB should do the same.
Reply to Ambrose