With our dear Editor-in-Chief leaving Baseball Prospectus for his next chapter, we wanted to highlight some of our favorite chapters of his career here. There's an incredible number of timeless Sam Miller articles to choose from, but we whittled it down enough to not break the internet. This article originally ran on July 27, 2012.

1. Just outside the left-handed batter’s box. 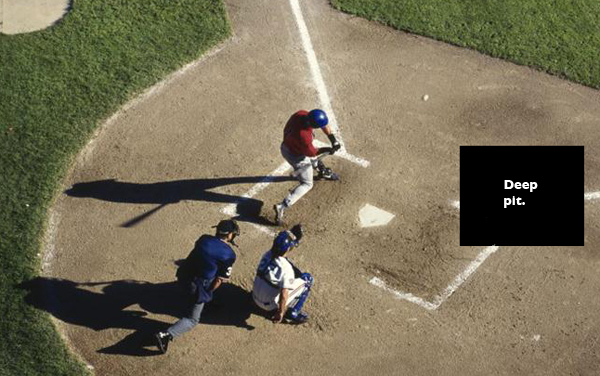 To answer that, we must first ask: Why do we fall in love? Is love, ultimately, a selfless act, a severing of the self to create meaningful connection for another? Do we fall in love to serve our own needs, or do we fall in love because, in the end, our only contribution to this shared existence is what we add to another person’s life?

No. We do it for our needs. We do it because we like hugging and kissing and stuff. And similarly, our pit is for us. Our pit exists because we are cruel, awful people, and look at that dude fall! Putting the pit just outside the batter’s box is the best way to watch people fall. Batters must already perform a fairly complex act (complex both physically and cognitively) and then run immediately at full speed, while (in practice, if not by instruction) watching a moving ball travel through space. A left-handed batter would have do this while his momentum takes him directly into the pit. A right-handed batter would have to do this while trying to leap over the pit.

Unintended consequence: Would suppress offense, perhaps too much. Could be remedied by implementing DH in both leagues, and by letting only the two best hitters on each team bat, over and over, with horses as pinch-runners, as needed.

2. In front of pitcher’s mound. 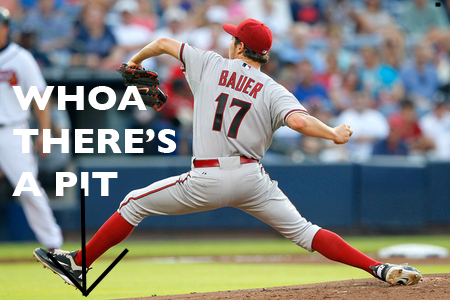 It is often said that pitching is an unnatural act, which contributes to the high injury rate for pitchers. This is everybody’s favorite part of baseball. The unnaturalness, and the injuries. In fact, the main reasons baseball is losing fans to the NFL and Nascar are that there aren’t enough injuries in baseball, and baseball is, if anything, too natural. Pitching off a mound where there is a pit at the pitcher’s landing spot would be more unnatural, and there would be more injuries. It is a win-win. Everybody wins. Name one person who doesn’t win.

Unintended consequence: Far more visits to the mound by pitching coaches to remind pitcher about pit. “Hey just a reminder watch out for the pit.” “What?” “There’s a pit there, so just, try to avoid the pit.”

3. In front of third baseman. 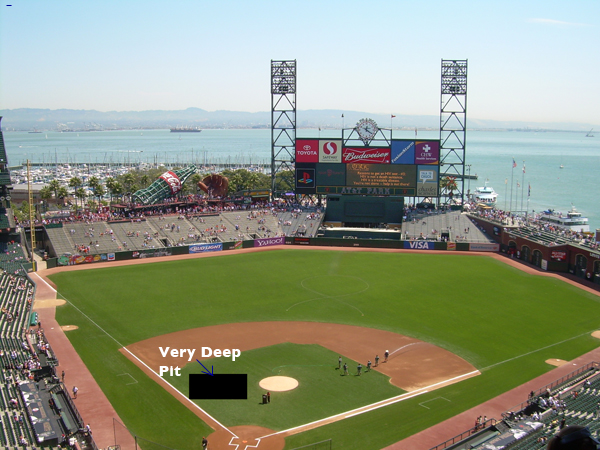 If we merely wanted to watch players get hurt, we wouldn’t need a pit. If we merely wanted to watch players get hurt, we would just put big padded gloves on them and put them in some sort of raised platform with ropes around it and make them attack each other. We are not that simple, though! We are baseball fans, and any pit-related change (pit-related addition or pit-related subtraction) must also enhance baseball’s eternal push/pull between offense and defense. Fans loved the offensive explosion of the 1990s, but they hated the invasion of steroids. A pit in front of the third baseman would provide an offensive boost without turning baseball players into massive humanoids, as each well-placed bunt would land in the pit and become a home run. Teams would sign the grittiest, scrappiest bunters they could find. Kids would work on bunting drills instead of swinging for the fences or smoking salvia. “Let’s Get America Scrapping Again.”—Mitt Romney’s presidential campaign slogan. We would regain our souls, one bunt home run at a time. It would be amazing.

And, also, the third baseman would have to respond by playing in front of the pit, and just imagine how awesome it would be watching him dodge line drives from 48 feet away. So many injuries! So many GIFs!

4. Around the shortstop area. 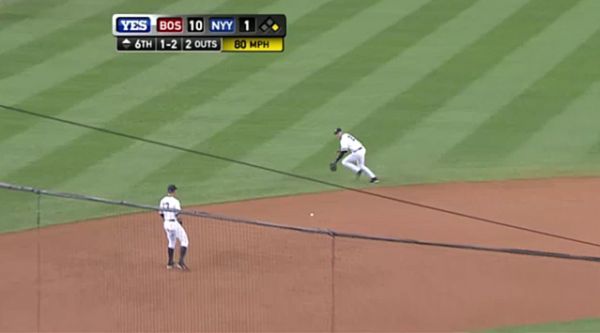 1. Probably need to put a pit in an area where there are a lot of pickles. Pickles + Pits could actually be a spin-off sport. Nothing but guys in pickles, while dodging pits. Olympics and the whole thing.
2. I honestly can’t think of one other way we’re ever going to get rid of Derek Jeter.

Casualties (estimate): Derek Jeter, and others.
Unintended consequences: None.

You need to be logged in to comment. Login or Subscribe
beeker99
Oh, I was so hoping the Pit Article would make it here!
Reply to beeker99
granbergt
Oh man, you'll be missed, Sam!
Reply to granbergt