On Sunday, Gomes entered the second game of a doubleheader as a pitcher and recorded two outs. Because the Rays were in the midst of a bullpen game, Joe Maddon left Gomes in to hit against Cliff Lee.  No problem, no sweat; Gomes exudes confidence: 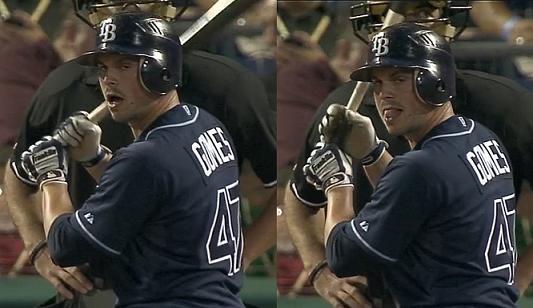 Sure enough, Lee struck out Gomes. But Gomes would get another crack at it an inning later. With the bases loaded and two outs he prepared to hit, only to see Charlie Manuel go to the bullpen and bring in a new pitcher. That new pitcher, Jake Diekman, walked Gomes on five pitches. No, really—and they weren’t even close: 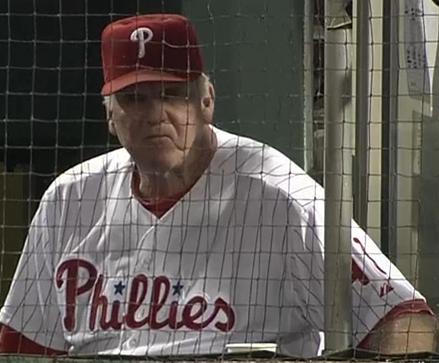 You need to be logged in to comment. Login or Subscribe
jrbdmb
Maybe Diekman thought he was pitching to Jonny Gomes. A really, really good version of Jonny Gomes.
Reply to jrbdmb
lyricalkiller
Is it worth pointing out that there are ghosts in the crowd in the first two shots, but they disappear? Ghosts! Nobody seems to even notice them!
Reply to lyricalkiller