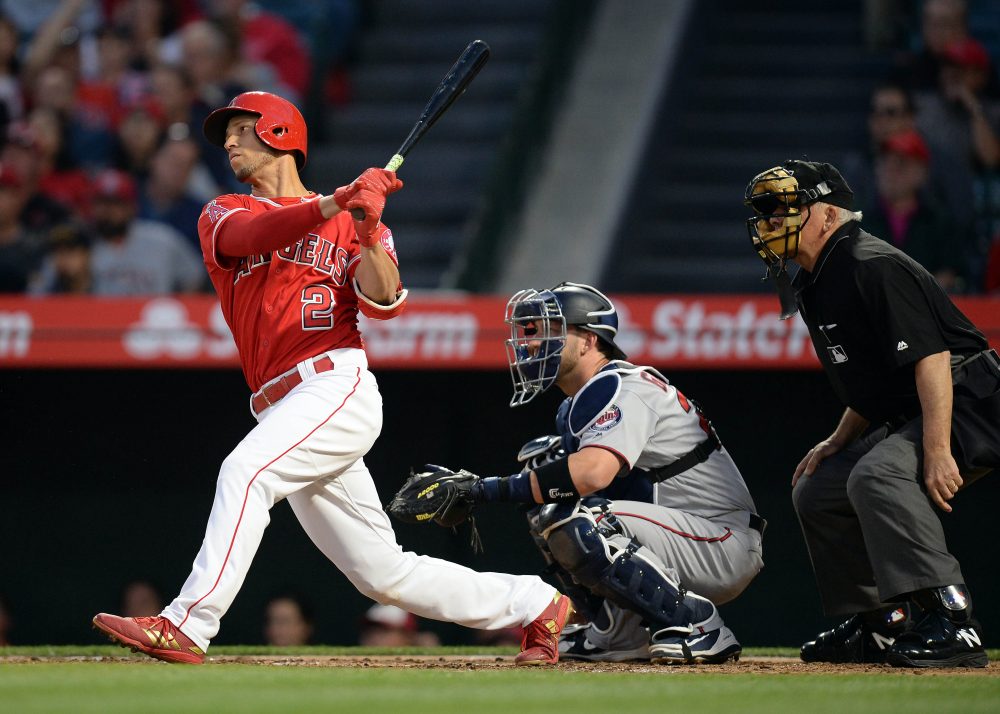 In honor of fathers everywhere, I thought I’d hand out the Father Cliché Awards. This involves pairing a fatherly saying and applying it to a player’s stats.

Keep Your Eye on the Ball: Andrelton Simmons

In a category where it’s natural to assume Joey Votto would win, Simmons is running away with it. For BB/K for the year, Simmons is at a 2.40 rate, compared to second-place Votto at just 1.17. Now, granted that Votto and those right behind him actually take walks, whereas Simmons doesn’t (just a 9.7 percent walk rate), but it’s still darn impressive when his ratio is double anyone else’s. I believe in his growth as an offensive force, so if you can acquire him, do so.

You’re Not Going Out in That, Are You? Lucas Giolito

Oof, what a start. Ignoring the poor win-loss record, his metrics don’t say good things about his performance. A walk rate (5.7) that’s higher than his strikeout rate (5.1) is bad news every time. Add to it a 7.19 ERA,which is mostly earned with his FIP at 6.28 and his xFIP at 6.59 (1.10 higher than the next starter). I was lucky enough to trade Giolito before the season started, but I honestly expected him to do well—it wasn’t like I saw this coming.

They Don’t Make ’Em Like They Used To: Adrian Beltre

Beltre keeps hitting like he was 10 years younger. But when he was a rookie, he used to have to run bases uphill, in the snow, both ways, with no shoes. Okay, so he’s starting to have issues with reaching 450 at-bats, but you know you can start him every time he’s in the lineup. There’s still fantasy value in that. Just have a backup.

You’ve Got to Know When to Fold ’Em: Jason Kipnis

I’ve been down on Kipnis for a few years, and I didn’t buy his breakout in 2016. You can try to blame injuries in 2017, but the complete collapse of skill and results in 2018 can’t be chalked up to bad luck only. I hope you’ve moved on from him in your leagues this year, because he’s not coming back.

Waste Not, Want Not: Edwin Diaz

As of this writing, Diaz has the lead with the most appearances, at 38. He also has 27 saves already, and we’re not halfway through the season. Even when you ignore the fantasy value of leading in saves, his 14.7 K/9 with a respectable 3.1 BB/9 should help propel him to the top-3 closers by 2019. I believe he’ll knock down one of the holy trinity (Jansen, Kimbrel, Chapman) in 2019 preseason rankings.

Who Said Life Was Supposed to Be Fair? Dexter Fowler

With a .199 BABIP, it’s safe to say that Fowler’s frustrating stats aren’t all his fault. That said, he’s hitting more fly balls, and with a lower HR/FB (8 percent) than the last three seasons, that means there are more easy outs. I do expect him to rebound in the second half as long as the Cardinals don’t give up on him—or they trade him, which is unlikely but would be better for Fowler.

Shake It Off; It’s Only Pain: Shohei Ohtani

It’s only pain, but it’s deep in our souls. Man, I wanted him to avoid the disabled list all year and have a spectacular rookie year. I’m not buying the rumors that he may be the designated hitter while he rehabs. Even if he does, most of his value came in his pitching starts. Fantasy owners are stuck with a lost season if they’re in redraft leagues, or a potential drag on the roster if they’re in keeper leagues. I’m going to hold onto him in my keeper leagues, and I hope you can do the same. Fantasy baseball should be fun, and that’s what he was for me. Ah, well. As a Cubs fan, I’m used to saying, “There’s always next year.”

That young whippersnapper doesn’t know that at age 19, he’s supposed to be in the minors and struggling to hit! How dare he bat .319 with five home runs in his first month! Somebody ought to teach him a lesson!

Or, we simply enjoy another young phenom holding his own with solid metrics to support his success. As usual, the league will adjust to him in time, and then he has to make his own adjustments in response, but something tells me he can handle it. I’m so glad that I was able to grab him in two keeper leagues this offseason, when the focus was on Victor Robles and Ronald Acuna.

Stop Crying, or I’ll Give You Something to Cry About: Chris Davis

My best friend is an Orioles fan. This has been a hard, hard year on him. Please, Crush, just stop. Fake an injury and save us all the pain. I’m all for seeing history, but this is the worst kind, and it’s not fun to watch. Fantasy owners have already dumped you, I assume, but Orioles fans are still suffering.