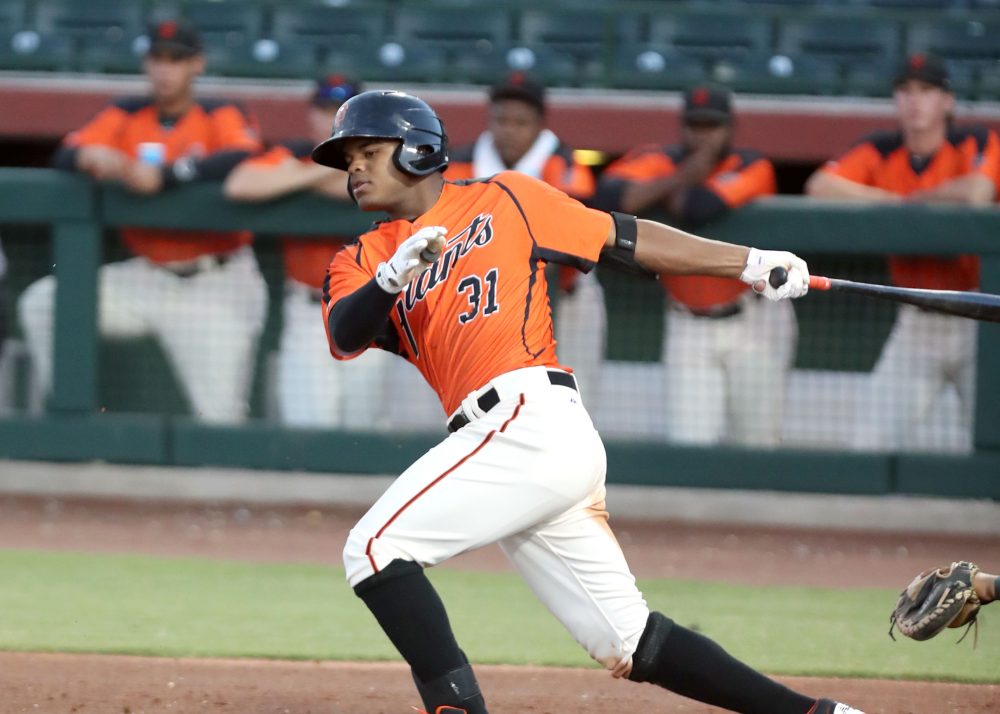 Heliot Ramos, OF, San Francisco Giants (Low-A Augusta)
The early returns on Ramos have been a mixed bag with the realization that he’s 18 years old and it’s going to take time.

The framework is there. Ramos is built like a strong safety and has the athleticism to match. He has above-average raw power that could grow into more, combined with plus speed, an above-average arm and the potential for above-average defense in center field based on his range. He always has a smile on his face and puts in the work to get better. It’s easy to see why the Giants put up more than $3.1 million on him as their first-round pick last year, even if it’s solely based on his power/speed combination and athleticism.

It’s going to take more than being an athlete for Ramos to move up, though, and it’s not going to come right away. It might not even happen after one year of full-season ball. He’s noticeably raw at the plate by being susceptible to sequencing, and he’s ultra-aggressive. He’s going to have his three-strikeout nights in the South Atlantic League this year. It’s early in the evaluation process and there will be many looks over the course of the season, but at this point the potential hit grade is slightly below average. It’s so far hindering his power by settling for contact on line-drive singles. He has yet to really turn on one. And the power is more about projection based on his frame and athleticism, because his batting practice sessions tend to fall below the raw grade.

Despite his aggressiveness, he shows a knack for consistent contact to all fields. That’s a positive sign. He might whiff through a few, but he still gets his contact and tracks at a decent rate, and the contact is usually loud. Even if he strikes out at a high clip, he can still make enough hard contact to get to a serviceable hit grade, and the ability to turn on more pitches and tap into his power can come with time and comfort. Overall, the 70 OFP sounds about right, with the realization that the risk is pretty high. —David Lee