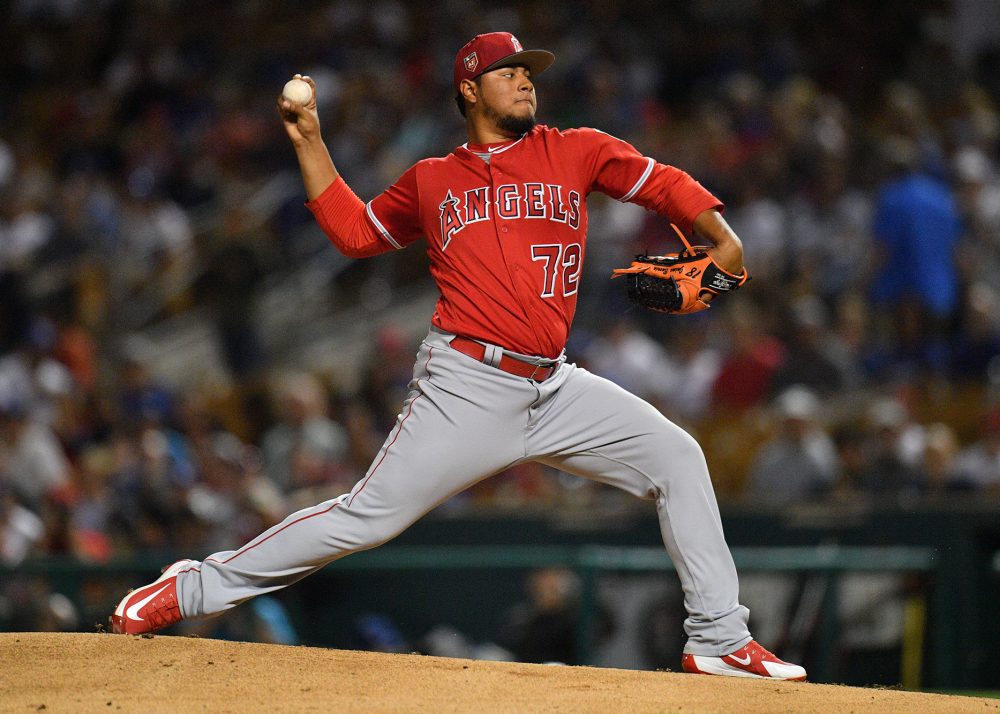 The Situation: All of the Angel starting pitchers are injured always, and most recently J.C. Ramirez’s impending Tommy John surgery means there’s another immediate hole in their rotation that needs filling. Anaheim will thus turn to Jaime Barria, a precocious 21-year-old who pitched his way up through three levels last year and onto the big-league depth chart with an impressive spring.

The Background: The Angels copped Barria out of Panama for a cool 60 grand late in the 2012-13 signing period, and after pitching well in the Dominican Summer League the following season he migrated stateside in his age-18 season and handled the challenge well. He again pitched decently in his full-season debut in 2016, before running the minor-league table last year. An invite to the Rookie Career Development Program and an addition to the 40-man roster both followed this winter, and during Spring Training the club’s GM Billy Epler singled him out as a starting pitcher he anticipated would contribute this season. Early-season injuries to 60-percent of the starting rotation later, and here we are.