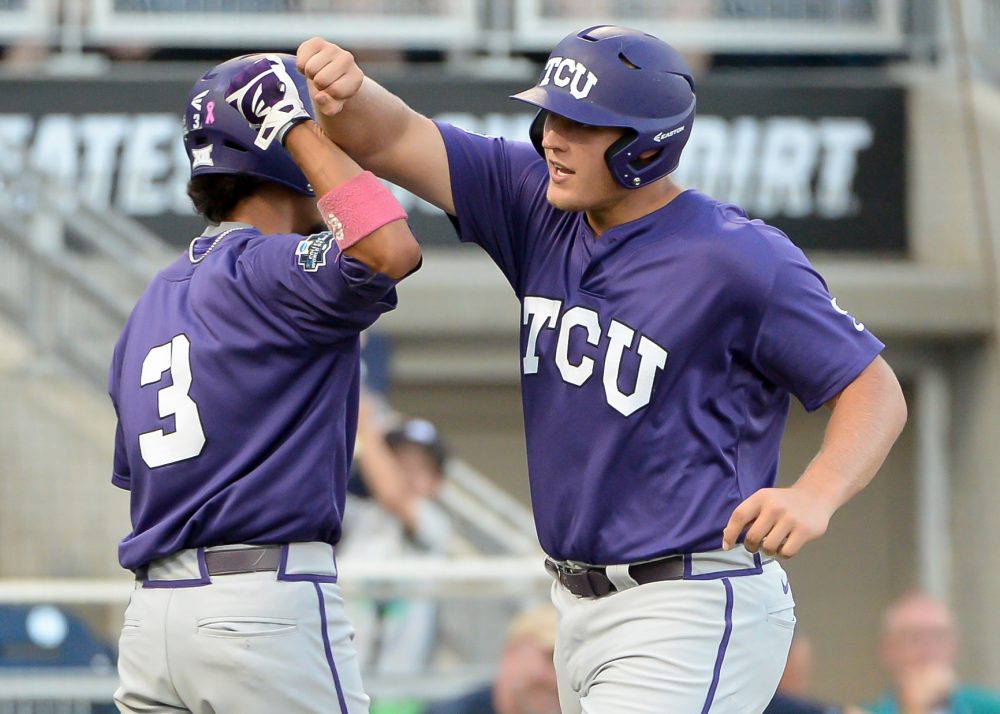 Drafted by Pittsburgh 41st overall in 2016, report from spring of draft year here; has filled out a bit since then, widened base at start, straight on to the plate now; rocked in this start, very limited feel or consistency with any of his pitches from the start, knocked out in second; quicker tempo with better pacing, arm action still deep and round, arm slot has dropped a bit to slingy lower three-quarters; spine tilt and imbalance, will run away from his arm and drag to slot, get under balls and let ’em sail arm side, leak up in the zone; FB 88-91, draws out some run to it, struggles to finish and pull it across the zone; sharp CB remains his best pitch, 73-75 with bite and late depth, action of a finishing pitch when he gets on top of it; has added a SL to the mix, 79-82, flashes tight, another nice piece of spin, nascent pitch but shows average or better projection; CH has improved, better fade and drop to it, pulled the string effectively a couple times in brief outing; stands third-base side, gives away big left-left advantage, lefties see him better than they should. Lodolo remains a project, as he still struggles to harness his frame and execute a consistently timed delivery. Foundation of a four-pitch lefty who creates extremely difficult left-left at-bats and has enough spin to roil right-handers as well. High-variance projection arm with No. 2/3 rotation tool kit. Potential Round 1 arm in ’19.