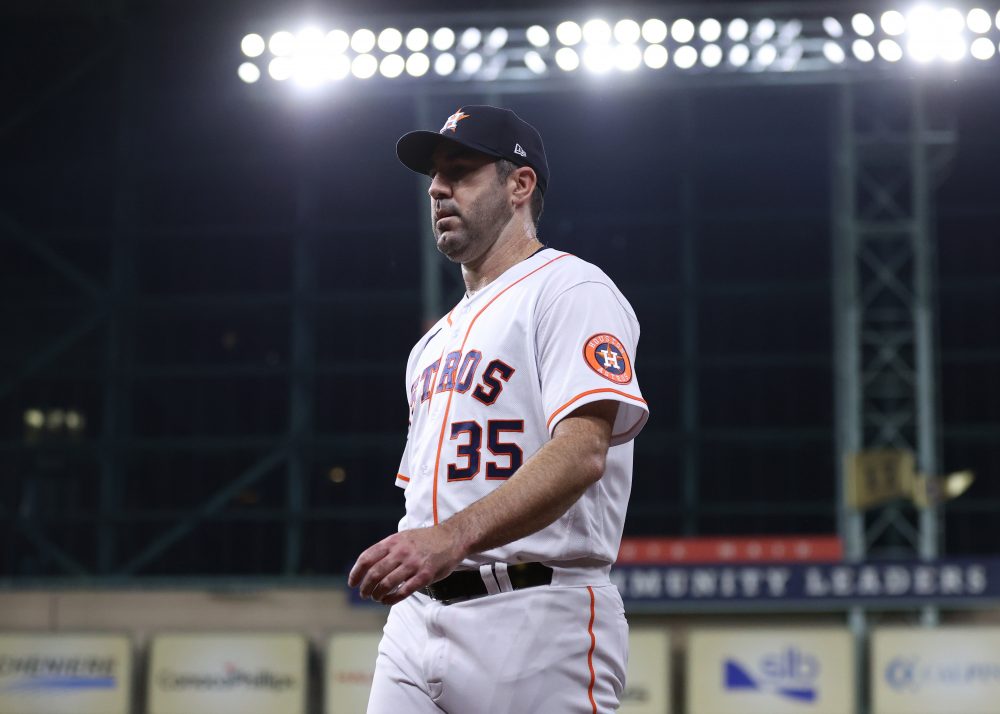 Justin Verlander was announced as an American League Cy Young finalist for 2022, and has a pretty great shot at winning the third such honor of his career. While he made the fewest starts of the three finalists (28), neither Alek Manoah (31) or Dylan Cease (32) significantly outpaced him there—especially when you consider that Manoah led in innings but didn’t crack 200, and Cease had just nine more than the Astros’ ace despite the four additional starts. That’s not going to be enough of a tiebreaker when Verlander’s hold on the ERA title was about half-a-run over the competition. Especially since, regardless of which wins above replacement model you look at, Verlander kept pace with those other two dudes: He had himself a hell of a season regardless of which lens you’re using to view it.

This isn’t a piece about Verlander’s Cy Young chances, though. That lede only exists because it was topical, given Monday’s award announcements. No, this is just about how Justin Verlander, at 39 years old and coming off of Tommy John surgery that cost him all but one start over two years, pitched as well as he ever has in his extraordinarily successful career. A Cy Young would be a fine cherry on top, sure, but his season is incredible regardless of whether it’s honored.

Verlander led the majors in ERA, at 1.75. He also led in Baseball-Reference’s ERA+, at 220, which was also a career-best: when Verlander won the Cy Young in 2011 and 2019, his ERA+ was a league-leading 172 and a (then-) career-best 179, respectively. ERA has its flaws, of course, so seeing how much better than average Verlander was in a flawed statistic only tells us so much. That’s what things like Deserved Run Average (DRA) are for, though: Verlander’s 2022 DRA came in at 3.01, the top mark of his career for a full season, and third-best in the majors in 2022 among qualifying pitchers. Only Shohei Ohtani and Corbin Burnes outdid him. There may be minor hand-wringing over the worst strikeout rate of his Astros tenure (by over 5%), but if it didn’t show up in earned or deserved runs allowed, should you care? Verlander also ranked third-best in DRA- (which is scaled to 100 like ERA+, but in the opposite direction), at 69, which is the third-best mark of his career, behind 2009 (66) and 2019 (67).

The only significant difference between Verlander’s past greatness and what he managed at 39 is his workload. In 2011, Verlander threw 251 innings. In 2022, he racked up 175. Part of that is the difference in starts—in 2011, Verlander led the league with 34 turns, and in 2022, he missed some time due to a strained calf that kept him out from August 29 until mid-September—but it’s also due to how starter usage has changed in that time. In 2011, the league-average American League starter pitched 6.1 innings per start (that’s 6.1, not 6 ⅓ , just to be clear). In 2022, the average AL starter lasted for 5.2 innings per start. Verlander, in those two seasons, came in at 7.4 and 6.3: He basically scaled down with the league, which means he’s still more than a full inning ahead of the average despite the passage of 11 years and one Tommy John. That 175 figure might not have the same raw impressive look to it as 2011’s 251, but considering the environment and his personal context… Jesus Christ.

It’s just kind of astounding to think about—that Verlander remains this good, as good as the future Hall of Famer has ever been, despite being 39. That kind of thing is a rarity, historically, never mind when the league takes a… let’s call it, more disposable view of pitchers than they did for a bit there—Run them hard until you can’t, then move on to the next one. Verlander has been run hard basically from the start. He threw 186 innings in his first full season in 2006 at the age of 23, then averaged 223 innings per year from 2007 through 2014. He still crossed the 200-inning threshold in that last year despite a short spring due to abdominal surgery, a blister that cost him a few days, and a sore shoulder that shelved him for a couple of rotation turns. A triceps strain in 2015 limited him to just 20 starts and 133 frames, but then it was back over 200 innings, and well over, for the next four seasons. Verlander averaged 218 of the things per year from 2016 through 2019, before the need for Tommy John meant an injury had finally taken an entire season from him. Two, really.

But he put in the time and worked back from that despite the fact he was going to be 39 when he returned, despite already having a World Series ring, multiple Cy Youngs, and an MVP, despite already having obscene amounts of money from one of the most successful pitching careers of this century. And he didn’t just show that he still had something left to offer, but threw down a Cy Young-caliber season, one that gave him the chance to opt out of the second year of his deal, giving him the chance to choose his next team as well as, at 40, a chance to vault into the top-100 all-time innings pitched rankings—where he’ll be just the third pitcher to have debuted this century to make it if he can throw at least 93 ⅔ innings. (CC Sabathia and Mark Buehrle are the other two, with Zack Greinke missing out by 9 ⅔ innings: Obviously, if he returns for even a couple starts in his age-39 season, Verlander would be the fourth such pitcher to manage the feat instead.)

Verlander came back and thrived in a way that many other greats weren’t capable of at this age, with this many innings on their arms. Per the Stathead database, Verlander’s 220 ERA+ is the best for a qualifying starter, ages 38 to 40, since the Wild Card era began in 1995—Randy Johnson’s age-38 season (195 ERA+ in 2002 with the Diamondbacks) is the only one that’s even close. To Johnson’s credit, he did throw 260 innings and led the league with 334 strikeouts, so that ERA+ difference only counts for so much. Verlander and Unit are also 1-2 in ERA+ in this age bracket if you change the criteria to include the entire Expansion Era (1961) or from the start of integration in 1947—it takes until the start of the Live-Ball Era in 1920 to find any hurlers coming close to what Verlander and Johnson accomplished. When you have to go back the better part of a century to bring out names like Dazzy Vance and Lefty Grove, you’ve probably done something pretty special. If you rewind all the way to 1900, by the way, the first five are still Verlander in ‘22, Johnson, Vance, Grove, and Johnson again at 40.

The only way to knock Verlander off of his pedestal is to change the age range we’re looking at to account for Roger Clemens’ freakish age-42 season—also with the Astros—in which he produced a 226 ERA+ over 211 innings. Also, that brings the actual person Cy Young into the conversation, too, at 195 for his age-41 campaign. You get the point by now, I think, that Verlander’s 2022 is in some rarified air.

Who knows what 2023 will bring—the only thing rarer than an exceptional season like Verlander’s at this late stage of a career is a second one like it—but 2022 is in the books, regardless. Verlander will probably win his third Cy Young, but even if he doesn’t, he was better at this late stage of his career than the guy the award is named after. That’s pretty great on its own.