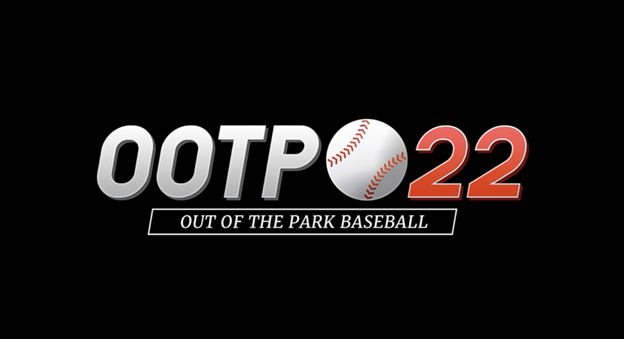 Image credit: Out of the Park Developments
Subscribe to Baseball Prospectus

Out of the Park Baseball

Why OOTP?: Well, it is the game of our baseball age, isn’t it? Far more so than The Show, at least in my opinion. At the minimum, they share top billing. The broad tendency to make video games that aren’t about doing so much as they are about managing others that do and profiting, leech-like, off of them is something that currently extends far beyond baseball, but still finds something of its roots in board-games-played-online-through-spreadsheets like Strat O’Matic. There are a couple of different reasons for that, ranging from the banal and sensible—a management sim doesn’t rely on an expensive graphics engine or art team—to the more consequential, such as the fact that baseball as a sport is well suited to turn a player into the numerical sum of his contributions on the field, rather than a person. Now that Out of the Park Baseball has some of those nice bells and whistles, it’s the industry-standard baseball management sim.

How Does It Play?: Like a spreadsheet collator. There’s actually a big old database under the hood that it’s pulling all the information from, such that sufficiently powerful tech sector nerds (which this game is already laser-targeted at) can probably do some neat stuff with DB calls once you get past the top level. For the rest of us, this means a lot of the gameplay lies in screen management, and they’ve gotten better and better about how the UI/UX for that stuff works over the years. There’s also a field-level single-game simulation module that…well, it tries. I liked it better a few years ago; they tried to modernize it a little bit and now it’s got weird camera clipping/reset issues with the little fielder guys when a play happens. 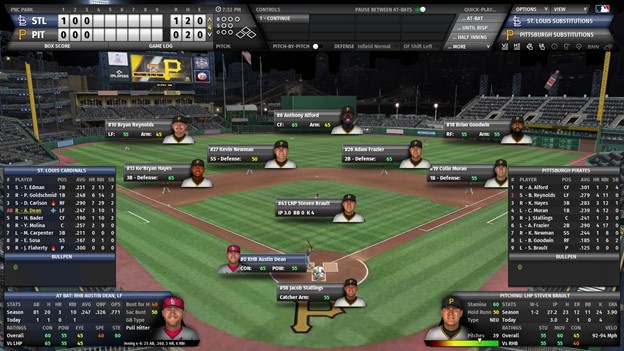 What This Game Does Better Than The Rest: For awhile control of this genre was a two-horse race between OOTP Baseball and Baseball Mogul until—stop me if you’ve heard this one before—MLB put their thumb on the scales by making their license exclusive, and OOTP Baseball won that particular fight. Baseball Mogul was my sim of choice until the licensing wars were decided and then, hey. This game’s got the real names and real logos and I don’t have to go through imports/custom leagues to set them up properly, or to run a historical simulation of all of baseball history (I do this once a year or so, OOTP Baseball’s engine really seems to like the Tigers in my completely arbitrary small sample size). Combined with the ease of use, slick polish, and the tools for setting up all kinds of custom leagues, OOTP Baseball just operates on a different level than its marketplace rivals really can.

Its Industrial Impact: Hooboy. Well, it’s unfair, ahistorical, and ignorant of material politics to put some of the trends in the actual industry where the real baseball sausage is made on the shoulders of a video game. But it is the video game that lets you pretend to be the Wolf of Eutaw Street at home, doing all the moves alongside Mike Elias as he loses 100 games in a row year after year to make Peter Angelos’ kids happy, or implementing the Ricketts’ “rebuilding” plan in Chicago by trading beloved superstars away for lottery tickets. Or, yes, you can simply ignore all that stuff, turn on god mode and spend to win to your heart’s content without getting fired (OOTP calls it “commissioner mode,” but that doesn’t sound like any commissioner I’ve ever heard of). There are owners in the game who even want you to do stuff like that! But this is a management simulator the same way all the games in this general genre are, and the players are in fact just lines on a spreadsheet to be manipulated at your will to win the real game of “making ownership happy.” And so I found myself a bit annoyed when I reinstalled it to play through a little bit before writing up this piece, given the state of the real world of American baseball.

Fungo: I’m unaware of any great little developmental stories or charming behind-the-scenes tidbits about OOTP Baseball outside of funny stuff like the weird, abandoned attempt at launching a Road to the Show career-mode type called Inside the Park Baseball, so instead please enjoy the top guys (and some of the top names) that OOTP Baseball 2013 spit out for me when I got real, real deep into just simulating a 72-team super-league between the US and Canada, Central America, and South America…but put no restrictions on where talent could come from or in what proportion, meaning Turkey was as likely to produce the next Mike Trout as New Jersey. All of these guys appeared in the simulated All-Star games for this league, though this isn’t any single team’s roster, and in the case of certain obvious inclusions, all names/nicknames were generated by the game, not myself:

IF Didier Foucalt
OF Burt Hurt

From what I recall, Walenekino threw 250 innings a season for like 27 years, Melifov got the single-season strikeout record named after him, André André was Quebecois Rickey Henderson, and I might have gone in the back and edited Thatcher Slaughter, Bill Biggerstaff, and Burt Hurt’s stats a little bit so they deserved to appear on this list.

OOTP’s Wins Above Replacement: Let’s give it a 4 in most years, knock it down to a 3.5 for the wonky camera in the in-game simulator (and frankly it should be in a better place than it is just in general after this many years) and then positionally-adjust it back up to a 4 given the world and custom league sim options.

"Bill Biggerstaff", on the other hand, is definitely moving across to the other corner in the near future.
Reply to Llarry
Jack O'Lantern
By far the most realistic and challenging simulation, with seemingly endless options and variables. Imports of Negro League stars into MLB in the 1930’s and 1940’s before 1947 still a work in progress; but that’s attributable as much to the fragmentary records and uneven opposition. Not sure about your issue with the graphics; but I suspect that is your processor or graphics card and not the game. I have no issues with 3D on a Mac Mini III or a Dell laptop. But I’m all about results and stats and not pretty pictures. Oh, and your origin story should focus on the German developers who created the game. And who stay involved to this day, with the best customer service and continuous patches for improvement, short of Tesla.
Reply to Jack
Dan
OOTP is the absolute best. If they could really figure out how to do justice to Negro League stars that would take it to another level. When you import the historical Negro Leagues it just doesn't seem to give the players enough credit. The more limited historical record does make it harder, but for me the fact that when the league finally started integrating the stars of the Negro Leagues were stars in MLB is enough to justify much higher ratings for the early Negro Leaguers. Total aside from this article, but your comment brought it to mind.
Reply to Dan
Dan
I'd add the OOTP deserves a shout out for how amazing it is for online leagues when combined with something like Stats+.
Reply to Dan