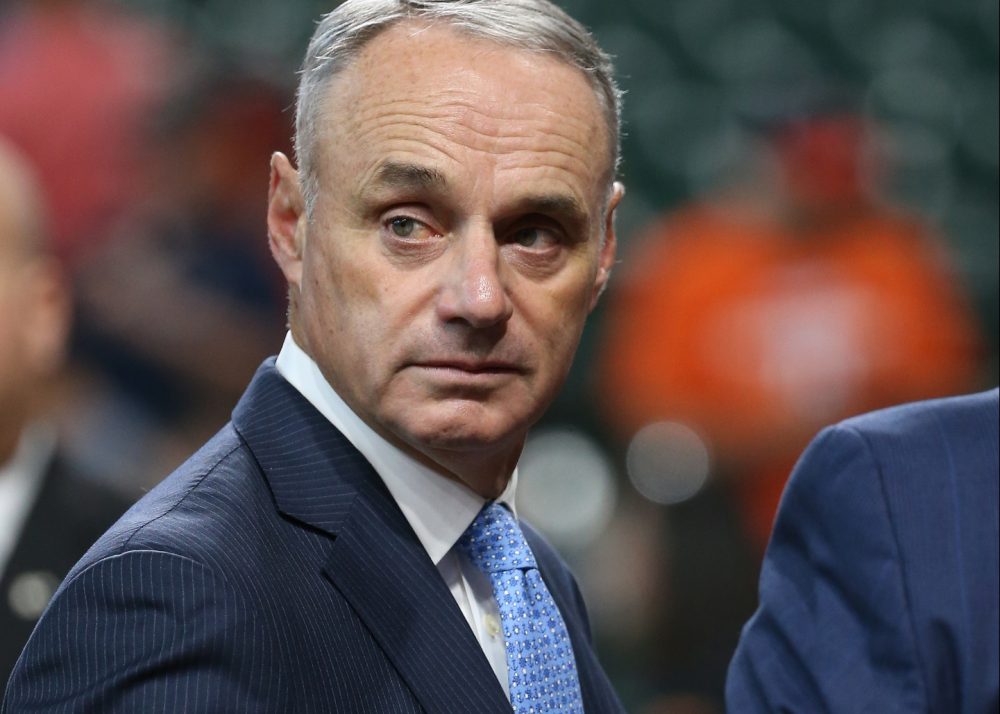 Details have arrived for Major League Baseball’s plan to provide housing to minor-league baseball players, and it’s… not bad? Do not confuse that for a declaration that everything contained within it is a universal positive, but if you compare the list of things that could have gone wrong with MLB’s inaugural housing policy for MiLB players to the actual list of problems the actual policy includes, well, the latter doesn’t make for much of an article compared to the former.

Hey, don’t close the tab just yet: there is still much to think about regarding this whole thing, with part of that being reflections on the fact that the league appears to be taking this seriously in the first place. Anyone who has given my author page here even a cursory scan can tell you that this is not something they do very often, and certainly not when they do not have to. That right there is the rub, though: MLB does feel like they have to take this seriously. And they feel that way because minor leaguers are organizing.

They aren’t organizing a union, no, but still, where minor-league players are now compared to where they were even three-ish years ago in terms of trying to come together to improve their working and living conditions is astounding. A confluence of events has driven this push for a fairer share and fairer treatment. There have been more and more sports outlets dedicating time and space to the plight of minor leaguers, and it has legitimately raised awareness of said plights and support to improving them. Senne v. MLB is a lawsuit that could, in the end, have implications for players past, present, and future, and its class action status was upheld by the Supreme Court. Groups like More Than Baseball have stepped up to point out why they need to exist at all in the first place—because players aren’t paid well enough to cover their basic living expenses, never mind also having to do things like pay for their own equipment. And then there is Advocates for Minor Leaguers, which has pushed on one issue after another, helping give a voice to the particular cadre they represent, and that voice has been heard. By media, by fans, and by MLB.

MLB does not want to hear any more of that voice than they have to. They are not paying for housing out of the goodness of their hearts, or out of some Scrooge-esque revelation that they need to change their ways or else suffer damnation. No, MLB is providing housing for the same reason they raised players’ pay in time for the 2021 season: because they hope it will keep the floodgates from ever being fully opened. If the players are satisfied—not necessarily happy, but satisfied—then maybe the demands will stop, and so too will the public support. So too will the advocacy groups and the kind of negative attention that did not plague the minors for decades and decades and decades before when MLB just kind of did whatever they wanted on the farm without incident.

Once the concessions start, though, they do not necessarily stop. Maybe it will still be a slow process, but I fully believe that, eventually, minor-league baseball players will figure out how to unionize, and then they will fight to get everything they deserve. MLB staved off unionization at the big-league level for well over half-a-century, and even when an actual, lasting union was imminent, they found ways to placate the players, and tricked them into being members of a yellow union—an illegal company union, funded by management and with a management-friendly stooge advising the players on everything. That might sound rude to Robert Cannon’s descendents, but we are talking about a guy who fell one vote shy of becoming MLB commissioner, whose mission statement to the players was, “make no demands, no public statements.”

Little concessions here, giving the players something they asked for in their brief attempt at unionizing there—that’s how MLB avoided having the players stay angry enough, long enough, to actually stick with unionizing. The tactic eventually failed—thanks, Marvin Miller and all of the players willing to learn what a real union could do—and similar tactics could fail in the minors, too. Unions in sports aren’t new like they were in Miller’s day: there are models to follow, in both the major- and minor-league level, and MiLB’s players should figure out what works for them.

Even with the housing, even with the pay raise, this is the situation: the vast majority of players are still making wages below the poverty threshold. They are not paid year-round, but only during the regulation “championship season,” which does not include spring training, and certainly does not include the time they spend working on their bodies and skills in the offseason—time the Uniform Player Contract flat-out admits belongs to the teams even if the players aren’t compensated for it. Players might work upwards of 60-70 hours per week in-season, but they are only paid for 40 of those hours per week, thanks to MLB getting their buddies in Congress to agree to make it so under the guise of saving America’s pastime. In the sense America’s pastime is exploiting people as much as possible to further enrich those already in power, well, maybe the name of that particular bill wasn’t that much of a lie, after all.

Players are overworked, and underpaid. They are underfed on the road, too, as they have a $25 per diem there, which equals what the National Hockey League’s Triple-A equivalent league was handing out to players around three decades ago… before the Pro Hockey Players Association got that bumped all the way up to $75 in the present. MiLB players are only now getting housing assistance, and even that isn’t perfect: how long do you think it’s going to take the A’s to become the worst landlord in Major League Baseball, similarly to how they quickly became the worst lunch buffet once teams were required to provide meals at home?

The housing arrangement allows for clubs to set their own policies around “reconciling any damage or excessive use of utilities and cleaning fees caused by players in Club-provided housing.” Have you ever had a landlord hold on to your entire security deposit—maybe it was a full month’s rent—because they needed to hire a carpet cleaner on your way out? Carpet cleaners don’t cost $1,500, unless it’s a landlord making the call, of course. The A’s, per the arrangement, might not be able to dock their players’ pay if the living space isn’t the best condition, but if they can stick the players with a falsified bill on the way out, what’s the material difference? I ask as someone who once got their security deposit back only after I told my lying former landlord that I had photos of what the walls looked like when I left, which ended his demands, our correspondence, and his hold on my cash.

Make sure you take plenty of your own photos, A’s farmhands, you might need them.

One other thing about the housing policy is very obviously a problem, and that’s who had a hand in crafting it. The players had no say, and we know this is the case, because Advocates for Minor Leaguers made a point of saying as much in their statement:

While the magnitude of the victory cannot be overstated, it is important to recognize that Minor League players had no formal say regarding the details of the plan, some of which create cause for concern. We look forward to receiving a full round of feedback about the new policy, and to advocating for changes where appropriate.

Now, obviously, the pressure put on by Advocates helped the policy come into existence in the first place. But it is explicitly not their policy: it is MLB’s. This is the olive branch the league is offering, it’s the cookie they’re handing out in the hopes the players will not ask for another one. If there were an MiLB Players Association, MLB could not simply send out a new housing policy like this and declare it law: it would have to be collectively bargained. A situation where the A’s get to play exploitative landlord might not exist, because someone on the player side would point out that the team can’t be trusted to any of their own devices when it comes to having to spend money. The issues could be ironed out beforehand, rather than simply being something the players and their advocates have to react  to. The players would have their voice and a seat at the table: both are necessary, and the fact that MLB is so quick to give in on what they have to this point should tell you how badly they do not want that to happen.

You need to be logged in to comment. Login or Subscribe
Llarry
The PHPA is a great example of what a minor league union could be, but getting the players on board with it will be an uphill battle against the history of what MLB and the teams did to pressure players to cross the picket line in the spring of '95.

There was also sizeable retribution from the MLBPA against the players who gave in to that pressure, but you'd think that the MLBPA might be on the side of the minor leaguers on this one. Still, I would expect MLB to go full-court press on MLBPA with the "every dollar that goes to minor leaguers is a dollar that doesn't go to big leaguers", which might put a damper on union support.
Reply to Llarry
goyisherebbe
The cheapskate approach of MLB to the Minors is clearly penny-wise and pound foolish. Not only does it ruin player development, but it also forfeits the potential of prospects who don't make it as potential coaches and supporters and growers of the game. We don't want those young boys who are in and out to leave baseball with a bad taste and poison it for others. We need creative thinking to improve the atmosphere of minor league and independent ball, perhaps including non-profits in support roles to keep these guys going and feeling good for as long as they have a chance to play.
Reply to goyisherebbe