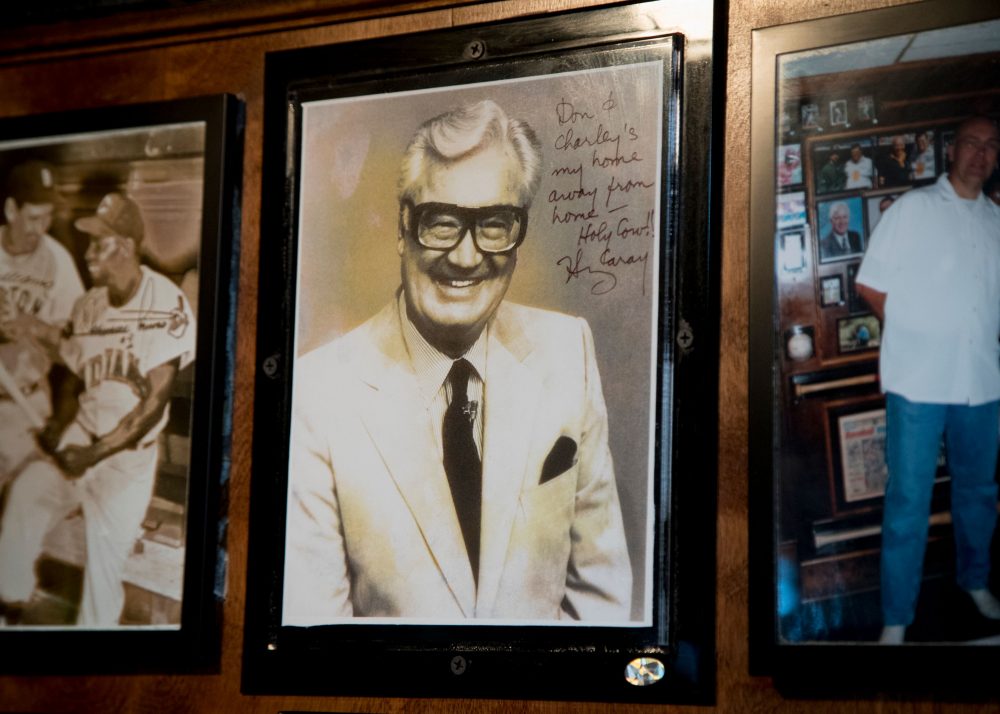 This feature is brought to you by a partnership between Baseball Prospectus and the Pandemic Baseball Book Club, a collective of baseball authors focused on the principle of cooperation over competition. Check out their conversations about baseball books and much more at pbbclub.com, and on Twitter at @pandemicbaseba1.

Fifty years ago this month, Harry Caray made his Chicago debut as the radio voice of the White Sox. In all honesty, it was not exactly a plum assignment for a man who until recently had been one of the most popular and successful baseball broadcasters in the nation. But after a tumultuous 25-year stint with the St. Louis Cardinals (1945-69), Caray had been summarily fired after the 1969 season (amid rumors of an affair between Harry and Cardinal owner Gussie Busch’s daughter-in-law). He quickly found another employer, but his one-year stint with Charlie Finley’s Oakland Athletics had proved an uncomfortable fit for both Caray and the A’s. Caray wanted to return to the Midwest for the 1971 season, but he had lost out on the best job available—with the Cincinnati Reds—to a young broadcaster named Al Michaels. So it was hello, South Side for Harry.

With the White Sox, Caray would be working for the clear No. 2 team in a two-team town. But the situation was actually a whole lot worse than that. This is how far the White Sox had fallen in the years prior to Caray’s arrival:

The most humiliating blow was this: even after signing Caray as their radio voice for 1971, the White Sox could not find a Chicago radio station willing to air their games. Let that sink in: HARRY CARAY would be team’s lead broadcaster, and there were still no takers. Instead, the club had to scramble to put together a five-station network comprised of tiny, weak-signaled suburban stations, only one of them on AM radio. Caray’s radio partner in 1971 would be the man who put together the radio network: a suburban high school football and basketball announcer named Ralph Faucher. With all due respect to Faucher, it would not have been shocking had Jack Buck, Harry’s longtime partner in St. Louis, taken a gander at the 1971 White Sox broadcast booth and exclaimed, “I can’t believe what I just saw!”

Despite the obstacles, Caray began selling his new team with his legendary enthusiasm—even though he couldn’t be sure that anyone was listening. “I lived about 25 miles north of Chicago,” recalled Bob Verdi, who collaborated with Caray on his 1989 autobiography, Holy Cow!, “and if I was driving downtown from my home to the office, I would literally have to change stations two or three times to find the White Sox. I could pick up maybe WTAQ, but then it would fade out and I would have to find one of these other little stations that carried the game… which is a crime because this was Harry Caray. I remember that one of the sponsors on Harry’s pregame show on WTAQ was Zenith. Harry had interviewed a guest, and afterward he thanked the person and then said, for being our guest you’ll get this wonderful Zenith radio. I’m not sure you’ll be able to pick up one of our games on this radio, but….”

Somehow Caray found an audience, and within two years the White Sox—with Dick Allen smashing home runs and Caray whipping up enthusiasm—had more than doubled their attendance and moved their games to a major Chicago radio station (WMAQ). In 1973 Caray switched primarily to television and became bigger than ever despite another impediment: Sox TV games were broadcast on the then-new UHF band, which required a separate antenna and featured often-fuzzy reception. Harry shrugged it off and kept pulling in viewers. During his 11-year stint with the White Sox, Caray utilized every one of the tricks that would make him an inter-galactic superhero after he moved crosstown to the Cubs (and superstation WGN) in 1982. The cries of “Oh, for the long one!” and “pahpped it up!” and “It might be… it could be… it is… a home run!” and “Sox win! Sox win!” The beer-soaked broadcasts from the center-field bleachers. The ritual singing of “Take Me Out to the Ball Game” during the seventh-inning stretch—a 1976 brainstorm of new Sox owner Bill Veeck. The postgame trips to countless bars, with Harry interacting with his legion of fans and selling (in no particular order) his team, his sponsor’s beer, and himself. The feuds with players, management, and even Sox owner John Allyn, whom Caray famously referred to as “a stupid man.” He was our voice, totally unfiltered, and every Sox fan knew it—and loved him for it.

Unlike the Cubs, who would have been a prosperous franchise with or without Caray, the White Sox needed Harry—often desperately. By the mid-‘70s the club was floundering on the field again, and John Allyn’s finances were so shaky that he needed help from the American League on a couple of occasions in order to meet payroll. There was even talk of selling the Sox to a Seattle conglomerate, with Finley’s A’s taking their place in Chicago. Harry kept hope alive practically on his own until Veeck stepped in to buy the team in 1976. Veeck smartly kept Caray (the “stupid man,” Allyn, had tried to fire him). In 1977 Veeck and Caray gave us the ever-beloved South Side Hit Men—and the most unforgettable summer of this Sox fan’s life (even including 2005).

It couldn’t last forever, and it didn’t. Like Allyn, Veeck was chronically under-financed, and in 1981 sold the club to Jerry Reinsdorf and Eddie Einhorn. Reinsdorf & Caray were never going to work—particularly since Einhorn had the then-radical idea of putting Sox broadcasts on pay cable, which would have guaranteed a much smaller audience for Caray, at least at the start. So Harry headed north, had his broadcasts beamed from coast to coast, and became so identified with the Cubs that these days a lot of people are unaware that he ever worked for the White Sox.

“I remember on one occasion we wound up at Harry Caray’s Restaurant,” Bob Costas told me. “This was before cell-phone cameras but even so, people had their Kodak cameras and they had their programs and whatnot that they wanted him to autograph, and he had to honor every request, so whether it was a 90-year-old guy who wanted to talk about Phil Cavarretta, or whether it was a pretty young girl, they all wanted to come up and have a word with Harry. And he accommodated them all, and as this scene played itself out, and God know how many Budweisers he’d had, and I’m just a guy in my early 30s and I couldn’t remotely keep up with him. And at one point I said to him, half-jokingly, kind of surveying this scene and all this adoration, ‘So Harry, what’s this all about?” And he goes, “What’s it all about, kid? I’ll tell you what it’s all about; booze, broads, baseball, and bullshit.’ That pretty much sums it up.” Well, that… and saving a franchise along the way.

Happy 50th, Harry… wherever you are.

The  Director of Research for STATS LLC from 1992-2016, Don Zminda is the author of The Legendary Harry Caray: Baseball’s Greatest Salesman (2019) and Double Plays and Double Crosses: The Black Sox and Baseball in 1920, which was published in March by Rowman & Littlefield.

You need to be logged in to comment. Login or Subscribe
Maureen mielke
Great History!
Reply to Maureen
gra
From 1977 until 1981 Harry teamed with Jimmy Piersall for broadcasts that were, at times, from an alternative over the top universe. Jimmy was ever the perfectionist. If he wasn't challenging a Sox player to a foot race, he might be pointing out how a play should have been executed. Harry once countered Jimmy saying he was "crazy" to critique a play and Jimmy responded. "And I have the papers to prove it."
Reply to gra
ari blum
I’m surprised that this esteemed site would glorify a racist.
Reply to ari