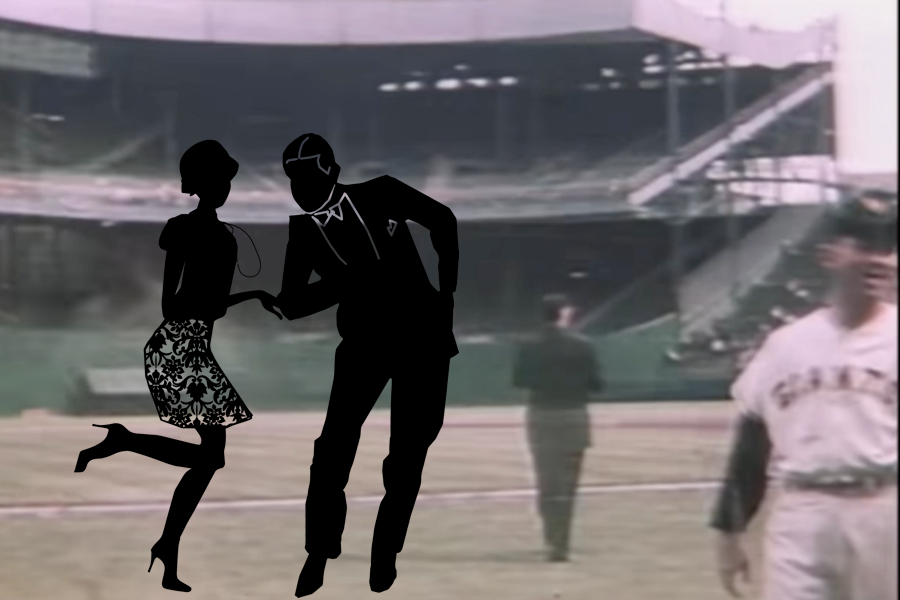 “Is this the Polo Grounds?” inquired Daisy absently.

Francis Scott Key Fitzgerald was a talented individual. The writer’s intellect was obvious. His assiduous use of the English language is acknowledged by all.

And yet, somehow, the man thought little of baseball. “Baseball is a game played by idiots for morons” is a line attributed to Fitzgerald, but he might not have ever written nor said such a horrible, objectively incorrect sentence. It seemingly first popped up in the early 1990s in a couple of newspapers and found its way to the internet.

What is properly documented is Fitzgerald’s elegy in 1933 to his good friend, sportswriter Ring Lardner, published in The New Republic. Lardner died at 48 years old of Fitzgerald always thought Lardner was wasting his writing talent on sports, particularly baseball.

The point of these paragraphs is that, whatever Ring’s achievement was, it fell short of the achievement he was capable of, and this because of a cynical attitude towards his work. How far back did that attitude go?—back to his youth in a Michigan village? Certainly back to his days with the Cubs. During those years, when most men of promise achieve an adult education, if only in the school of war, Ring moved in the company of a few dozen illiterates playing a boy’s game. A boy’s game, with no more possibilities in it than a boy could master, a game bounded by walls which kept out novelty or danger, change or adventure. This material, the observation of it under such circumstances, was the text of Ring’s schooling during the most formative period of the mind. A writer can spin on about his adventures after thirty, after forty, after fifty, but the criteria by which these adventures are weighed and valued are irrevocably settled at the age of twenty-five. However deeply Ring might cut into it, his cake had exactly the diameter of Frank Chance’s diamond.

Here was his artistic problem, and it promised future trouble. So long as he wrote within that enclosure the result was magnificent: within it he heard and recorded the voice of a continent. But when, inevitably, he outgrew his interest in it, what was Ring left with?

Ouch. It is one thing for a high school guidance counselor or, say, most of your family members, to tell you writing about baseball was a waste of time. It is another when the writer of The Great Gatsby says it. In your eulogy.

It was also not fair since Lardner wrote about other subjects besides baseball. He notably covered the first World War and the 1920 Democratic Convention. He was a playwright, composer, and lyricist. His baseball-related output decreased in 1919 when he left the Chicago Tribune as a sportswriter to work the any-subject-goes columnist game for the Bell News Syndicate. It is implied by some, even on his Wikipedia page, that Lardner stopped almost exclusively writing about baseball because of the 1919 Black Sox Scandal. SABR Director of Editorial Content Jacob Pomrenke wrote this connection was “demonstrably false”.

The lone reference to baseball in the final version of The Great Gatsby has to do with that infamous Reds-White Sox World Series. Jay Gatsby’s lunch companion Meyer Wolfshiem was a stand-in for Arnold Rothstein. Gatsby explained to Nick Carraway that Wolfshiem was “the man who fixed the World’s Series back in 1919.” (The Great Gatsby is set in 1922.) Our narrator, poor, naive Nick, was dumbfounded.

Lardner volunteered to proofread the novel. Apparently his only comments were geography related.

On pages 31 and 46 you spoke of the newsstand on the lower level, and the cold waiting room on the lower level of the Pennsylvania Station. There ain’t any lower level at that station and I suggested substitute terms for same. On page 82, you had the guy driving his car under the elevated at Astoria, which isn’t Astoria, but Long Island City.

On page 118 you had a tide in Lake Superior and on page 209 you had the Chicago, Milwaukee & St. Paul Station. These things are trivial, but some of the critics pick on trivial errors for lack of anything else to pick on.

It is unknown if Lardner ever knew Fitzgerald placed Nick, Jordan, Daisy, Tom, and the titular character at the Polo Grounds in an earlier draft. The characters took in a summer afternoon game between the Cubs and the Giants. It occurs before the extant blow up between Tom and Gatsby at the Plaza Hotel. The original plan was for the five crazy kids to go see a film, but on the drive over from Long Island Daisy decided it was too hot of a day for the movies. Here was Nick’s description of the contest:

I enjoyed that afternoon. It was so hot that any underwear climbed like a damp snake around my legs, so hot that when I took off my coat beads of sweat raced cold across my back — but the smell of peanuts and hot butter and cigarettes mingled agreeably in the air and someone was thrown violently from the bleachers for being drunk or sober or wrong, and a pitcher with an exquisitely eccentric delivery warmed up near us on the grass. The Chicago Cubs were the visiting team and Tom applauded with perfunctory patriotism whenever they hit safely or pulled off a good play. But when he urged Daisy to do likewise she answered that she and Gatsby were for New York — after that he took no interest in the game.

Somebody won and we swept out with the crowd into the late afternoon.

The “somebody” was the Giants. The Cubs as the visiting team might have been thrown in as a longtime Chicago scribe Lardner shutout, but in reality the defending champion New York Giants swept the Cubs at the Polo Grounds on the afternoons of September 13th, 14th, and 15th in 1922, essentially a tune-up for their World Series showdown with the Yankees.

So, which game was it? The first game, on Wednesday the 13th, was played on a day where the temperature high was 74 degrees. The following day and Friday topped out at 81 and 82 degrees respectively, per The New York Times. Those two days featured weather more likely to turn Nick’s brain to mush, thus explaining that unfortunate analogy involving a snake and his underwear. Which pitcher could have had an “exquisitely eccentric delivery”? Cubs hurler Virgil “Chief” Cheeves started the Wednesday affair and relieved on Friday. He had a “deceptive” delivery and was one of the league’s first knuckleballers, but Giants pitcher Jack Scott, who got a hold on Thursday and the save on Friday, also threw a knuckler. Scott’s teammate, Friday starter Carmen Hill, threw a screwball, and uniquely at the time wore glasses while he pitched. New York’s Claude “Big Blubber” Jonnard was blind in his right eye, which might have made his pitching distinct, but there isn’t any mention I could find of a unique delivery. Trained engineer and part-time jeweler Art Nehf of the Giants though would alternate between a standard overhand pitch with a “puzzling underhand or sidearm delivery”, making him the most likely pitcher we are searching for. Except Nehf only appeared in the Wednesday game, the one likely to be snake-free.

Obviously, Fitzgerald was good at making some stuff up, so he might not have actually attended any of these games, only reading about them in the newspaper and letting his imagination do the rest. He might have known of Nehf’s odd delivery, and read of Nehf getting himself ejected by the home plate ump in the 8th inning of the series opener for throwing his glove in the air after not getting his perfectly placed pitch called a strike. But then I would imagine Fitzgerald would have had to have mentioned the Giants’ center fielder, Casey Stengel. Young Ol’ Professor slashed .714/.833/1.143 in the series. He homered and stole a base in the Wednesday game. The New York Tribune described Stengel’s home run trot as “akin to the method used by a clothes basket in falling down a coal chute.” I guess Stengel found fame despite the snub in the Great American Novel, but wow, imagine if Casey Stengel was in The Great Gatsby? It’s an entirely different universe we are talking about. JFK survives his assassination attempt. Phil Linz never picks up the harmonica.

Thursday’s game was described by the Times as “[o]ne of the season’s weirdest games”. Why? Because a whopping nine pitchers were used by the teams in New York’s 7-6 win. And four pinch hitters! The Daily News claimed that most of the 10,000 fans at the Polo Grounds left before the game was over, refusing to sit there for two hours and 15 minutes on a hot day.

On Friday the Giants beat the Cubs again by a score of 7-6. This time the Cubs scored five in the top of the ninth before ultimately taking the L. It gave John Kieran at the Tribune license to bring up the affront to the sport from the day prior. “It was too good to be true. A Giant hurler almost lasted out a nine-inning game at the Polo Grounds yesterday…”

Gatsby and Nick and Tom and Daisy and Jordan’s day at the ballgame was erased. The presence of four future Hall of Famers wearing the home team’s uniform — Stengel, skipper John McGraw, Frankie Frisch, High Pockets Kelly — meant nothing. They were ultimately deemed superfluous in a story about the jazz age, social classes, and plot-convenient car accidents.

It is believed that the character “Owl Eyes” in Gatsby is based on Ring Lardner. He was one of the few people to show up for Gatsby’s burial. Nick did not know how he had known about the funeral in the first place.

We straggled down quickly through the rain to the cars. Owl-Eyes spoke to me by the gate.

“I couldn’t get to the house,” he remarked.

“Neither could anybody else.”

He took off his glasses and wiped them again outside and in.

You need to be logged in to comment. Login or Subscribe
callison6
The juxtaposition of the JFK assassination and Phil Linz is pure genius.
Reply to callison6
Roger Cormier
You're too kind.
Reply to Roger