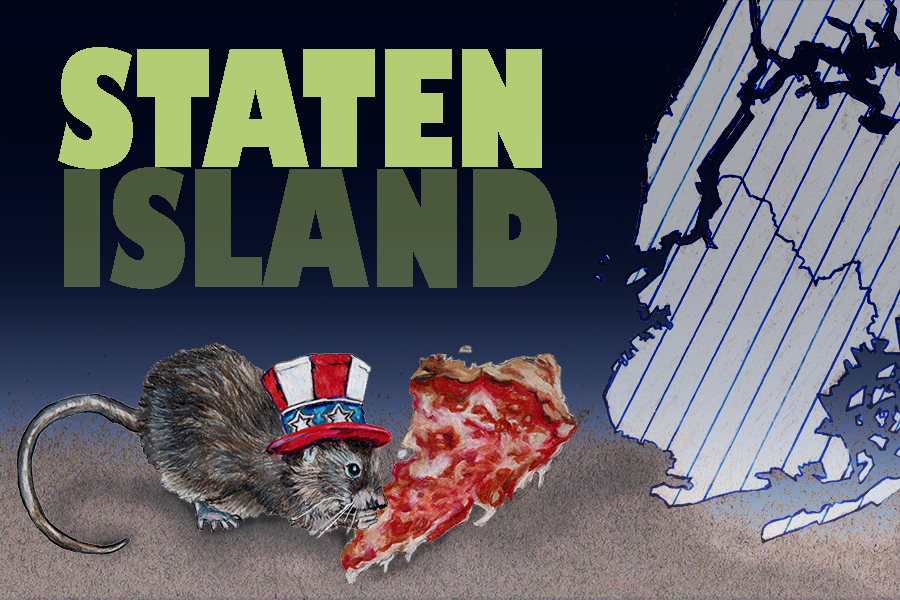 Every Tuesday and Thursday, Too Far From Town shines a light on the 42 (really 43) minor league baseball teams in danger of losing their major league baseball affiliations, effectively leaving them for dead. Today we focus on the Staten Island Yankees, a Short-Season Single-A affiliate of the New York Yankees. You could take in the previous installments here.

The internet claims Staten Island is considered “the forgotten borough”. Growing up and living today in Brooklyn, aka “the best borough”, I have to say I have never heard of that Staten Island moniker. Or maybe I forgot it. In either case, Staten Island has never felt like it should be a New York City borough at all, let alone a forgotten one. It is infused too much with rural fatalism for such an honor. Staten Island was where Eric Garner was murdered over selling loose cigarettes. We literally dumped our garbage there from 1947-2001. For some years, over 11 million tons worth. The landfill had the unforgettable name of “Fresh Kills.”

A few months ago, the final season premiere of Brockmire aired. It starred Queens native Hank Azaria as the eponymous baseball broadcaster turned MLB commissioner. In a scene set in the year 2030, Jim Brockmire explained to his daughter that New York City is not a fun place to live. “The worst part is, Staten Island is still just Staten Island,” he said. “That thing is a civic blackhole that the light of gentrification and human decency can’t penetrate.” The show made a lot of predictions over the course of their final eight-episode run; the Staten Island one seemed like the laziest, most obvious one of all.

The thing about rural fatalism is it’s, well, rural. With nature comes the undersides. Worms. Dirt. Rubbish. We know of Staten Island’s undersides all too well. But it’s not all underside, not all bad. The Wu Tang Clan formed in Staten Island. My two-year-old niece lives there. Nature gives you random animal adventures. Last year, in what I remember to be a late October afternoon, I looked out my car window waiting for a Staten Island traffic light to change when I spotted a rabbit, just one, hanging out on a strip of grass separating the sidewalk from the road. A little further back in time, in either 1886 or 1887 to be a little more specific, the Philadelphia Athletics were in Staten Island to face the New York Metropolitans in an American Association matchup in St. George. During Philly’s fielding practice, elephants and camels from the zoo paraded through the outfield. In 1908, eight-year-old John Pollackson was taking in a baseball game near Port Richmond when an American eagle planted its claws on the boy’s neck. John would be fine. Fellow spectators managed to get the eagle off of him and held its talons while John’s father ran to his house and fetched his gun, then diminished his bullet inventory by at least one.

Granted, the two viral Pizza Rats of 2015 and 2018 were both in Manhattan when they were captured on video, but wouldn’t it have been a perfect opportunity for Staten Island to finally prove they truly were an honest-to-goodness borough, one-fifth of a part of a whole, instead of a hole of a whole, if they celebrated the Pizza Rat? While simultaneously acknowledging their own baseball history? Yes and yes.

It almost happened in 2016. The Yankees announced they would change their name to either the Pizza Rats, the Bridge Trolls, the Heroes, the Killer Bees (Wu Tang), or the Rock Pigeons. Some of their own players were on board with Pizza Rats from the jump.

Then something shady went down. The team announced in December 2016 they would remain as the Yankees, because according to their press release, “it became clear that the approval and acceptance of the new name and artwork would take longer than initially anticipated.” The following June, team President Will Smith was quoted as blaming “minor league officials” for nixing the nickname change. If the stodgy New York Yankees had majority ownership of the team, it would make some sense — those old fogeys wouldn’t want any name change at all, let alone to the Pizza Rats — but they do not, and come on, you’ve seen some of the other nicknames around Minor League Baseball, is Pizza Rats a particular degree of outré zaniness MiLB simply could not live with?

Instead, in 2018 and in 2019 the Yankees played as the Pizza Rats for a couple of home games, and attendance notably increased for those specific contests (to be fair, they were mostly on Saturdays.) There was some backlash from Staten Island residents, which might explain why the name wasn’t permanently changed. An Italian-American group pulled out of attending one of the Pizza Rat affairs. One resident said it reminded him of the Ed Koch-era of New York when it was “infested” with rodents, even though, sadly, New York still has a rat problem. A man named Chris Paul, who is involved in a youth baseball organization called the “Base Rats”, said changing the nickname even for a dozen games over two years was insulting. “They’re associating rats to Staten Island. People always talk about the (former Fresh Kills) dump when you hear Staten Island and now rats?”

The sad truth is the team has had attendance issues, and Richmond County Bank Ballpark’s location, just off the Staten Island Ferry, means games are pretty much more convenient for people coming in from Manhattan after a day of work looking for a cheap fun night out then for actual Staten Island residents.

A name change away from the Yankees isn’t blasphemous; it would make sense. The Yankees are essentially enjoying sloppy thirds of professional Staten Island baseball. The Metropolitans, aka the “original ‘Mets’, God bless ’em”, played in St. George Cricket Field for two seasons, where Richmond County Bank Ballpark is located today. During the 1886 season, spectators on the first base side were able to see the finishing touches on the construction of the Statue of Liberty. The park also featured illuminated geysers! The field though staged plays when baseball wasn’t being played, including The Fall of Babylon, in what would otherwise be right field. If a batter hit the structure built for the stage play, he was awarded a single. You were better off hitting it to left, where the ground sharply sloped. The Baltimore Orioles had a hard time hitting Mets batters one afternoon to anywhere, because two Babylon warriors reflected sunlight off their shields onto their eyes.

The Metropolitans left after two seasons despite this excellent home field advantage. The New York Giants reluctantly called St. George home for their first six weeks of home games in 1889, not so patiently waiting for the second iteration of the Polo Grounds to be finished. This time the play Nero, The Fall of Rome caused the trouble, turning center field into a bald and rocky wasteland. Heavy rains emanating from the Johnstown Flood messed up the outfield even more; the team put wooden boards over some of it. “Orator Jim” O’Rourke slipped “heels over head” out in center on the Giants’ “home” Opening Day that year, ultimately making the difference in a one run loss to Cleveland. O’Rourke the next day was passed by a funeral of eight carriages, then saw a wagonload of eight empty coffins on the ferry boat he took to the game. The Giants scored seven that day. Cleveland scored…eight. The Giants routed Cleveland 16-2 the day after that, but only 2,500 fans showed up because it was the first day of horse racing season. The Giants last played in Staten Island on June 14th.

It would be 110 years and six days until professional baseball was played there again, but the Giants’ connection with Staten Island didn’t end. Beginning in 1946 they employed Bobby Thomson, aka the “Staten Island Scot.” Thomson was born in Glasgow but moved to the U.S. when he was two, and grew up in Staten Island. On October 3, 1951, after he hit the most famous home run in baseball history, he celebrated by doing what he usually did after a game at the Polo Grounds. He took the subway to Whitehall Street, hopped on the Staten Island Ferry, and went to the Hannah Street firehouse to talk to his firefighter brother.

Despite these Met and Giant connections, Staten Island remains to be a Yankee town. Two New York politicians want to keep it that way. In May, Rep. Max Rose (D) and Rep. James Oddo (R) penned a letter to New York Yankees ownership. In a spirit-enriching display of the power of bipartisanship, the two asked the Yankees to just, like, dump their Charleston, S.C. affiliate, the Riverdogs, instead. In response, Riverdogs ownership politely explained it isn’t up to the Yankees, that’s not how it works, that’s not how any of this works, ya dopes. They could have also said they, unlike another team they know, understand who they are.