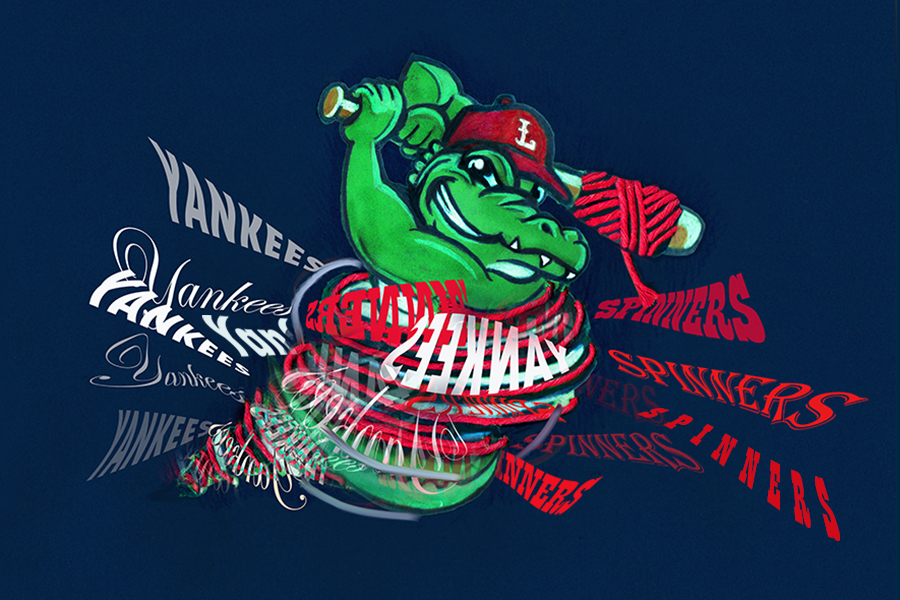 Every Tuesday and Thursday, Too Far From Town shines a light on the 42 (really 43) minor league baseball teams in danger of losing their major league baseball affiliations, effectively leaving them for dead. Today we focus on the Lowell Spinners, a Short-Season Single-A affiliate of the Boston Red Sox. You could take in the previous installments here.

The list of men who have played on baseball teams in Lowell, Mass. includes names — and it cannot be stressed enough these names are real — like Sleeper Sullivan, Charlie Householder, Les German, Charles Alston “Pussy” Tebeau, Louis Sockalexis, Leslie Fish, Carl Vandagrift, Babe Danzig, Jiggs Parson, Mellie Wolfgang, Percival Sumner “Pop” Rising, Shorty Dee, David Eckstein, Kevin Youkilis, Jed Lowrie, and Mookie Betts. (I know what you are thinking, but Phenomenal Smith managed the 1909 Lowell Tigers.) Bobbleheads of none of the aforementioned are in the Baseball Hall of Fame. A bobblehead of Lowell-born author Jack Kerouac, however, can be found nodding along in Cooperstown.

The first Jack Kerouac Bobblehead Night at LeLacheur Ballpark was held on an August evening in 2003. It was so much of a success that the Spinners had to get permission from the Kerouac Foundation to make more. I’m not sure I agree with allowing people from around the country to purchase a bobblehead of the On the Road guy without having to take a Benzedrine and giggle-smokes fueled car trip to Lowell while spewing strong opinions on jazz, but money talks, and I, one thumb up, walk along traffic. The only two people who truly deserved the bobbles was John Barrett, who drove from Manchester, N.H. to start the line in front of the stadium at 12:30 p.m., and Keith, the Lowell resident who would only give Boston.com his first name and drove every hour from midnight until he saw Barrett.

It should be noted that Kerouac was a secret baseball dork, inventing Strat-O-Matic decades before Strat-O-Matic. He created cards with baseball plays written on them, with the pitchers and hitters receiving decks appropriate to their abilities. These players and their abilities were made up by Kerouac himself. Their names included — and it cannot be stressed enough these names are not real — Wino Love, Warby Pepper, Heinie Twiett, Phegus Cody and Zagg Parker. He wrote newsletters about the games and seasons typically with the byline “Jack Lewis”. “Jack Lewis” was a player-manager in Kerouac’s league too, as well as the publisher of Jack Lewis’s Baseball Chatter. In 1957, On the Road was published, making Kerouac famous. In 1958, he wrote two fake UPI reports on his fantasy baseball league. He continued to come back to this escape until around 1967. He died in 1969 at the age of 47.

The Lowell Spinners too might have an untimely death, and they never won a league championship. The closest they came to one was last September against the Brooklyn Cyclones at MCU Park in Coney Island, when they lost the winner-take-all third game of the New York-Penn League series.

Reader, I was there.

I must admit I was not rooting for the Spinners; the Cyclones had not won a title at that point either, and I was not aware the Spinners were about to get ushered into a black hole while the Cyclones would get a major promotion to Double-A (reportedly). I still felt a little bad for Lowell at the time. MCU Park chose one of the Spinner players as the “Baby Shark Batter of the Game”, which meant his at-bat music was “Baby Shark” every single time. Since Gerardo Parra was not on the team, this was meant to be a psych out. Spinners first baseman Joe Davis was called “chubby” by a loud Cyclone fan. He also vociferously disputed Davis’ MiLB profile, specifically that he was 23 years old, not “at least 30.” With one out in the top of the 6th, score tied at two, Davis hit a towering fly ball to deep left that I thought was gone, as did a neighboring fan who yelled “It had the home run sound!”, but there’s a lot of wind shenanigans in play in Coney Island. Something about the ocean and the velocity of the Wonder Wheel. Davis’ ball reached the warning track and innocently nestled inside Antoine Duplantis’ glove. Marino Campana did homer to left in the 7th to give the Spinners a 3-2 lead, but the Cyclones got two across home plate in the bottom half. With two outs in the 8th and a runner on second, Joe Davis had one last chance, and he was insulted yet again by not getting an intentional pass with an open base. Davis pulled it again, a 5-3 putout.

The Spinners lost 4-3. The good news is it might not necessarily be the end for the Spinners. An “industry source” shared with The Boston Globe some of MLB’s “current thinking” (as of six months ago), stating the Lowell Spinners might stay a single-A affiliate after all, but not necessarily as a Boston Red Sox farm club, or even with any other MLB team, living on dangerously as one of the members of a “Dream League” featuring undrafted players. Not surprisingly, some Lowell Spinner fans, including Congresswoman Lori Trahan, really would rather not lose the Red Sox connection. The Spinners have a strong relationship with the Red Sox, most hilariously evident in their “Yankees Elimination Promotion”, a program where the Spinners donated new uniform money to any little league organization that rechristened the teams called the ‘Yankees’ as the ‘Spinners’. Over 75 teams in Massachusetts and New Hampshire made the switch in the first year of Y.E.P. Sadly, those teams’ new caps did not feature Renee Andrews’ cross-stitch. 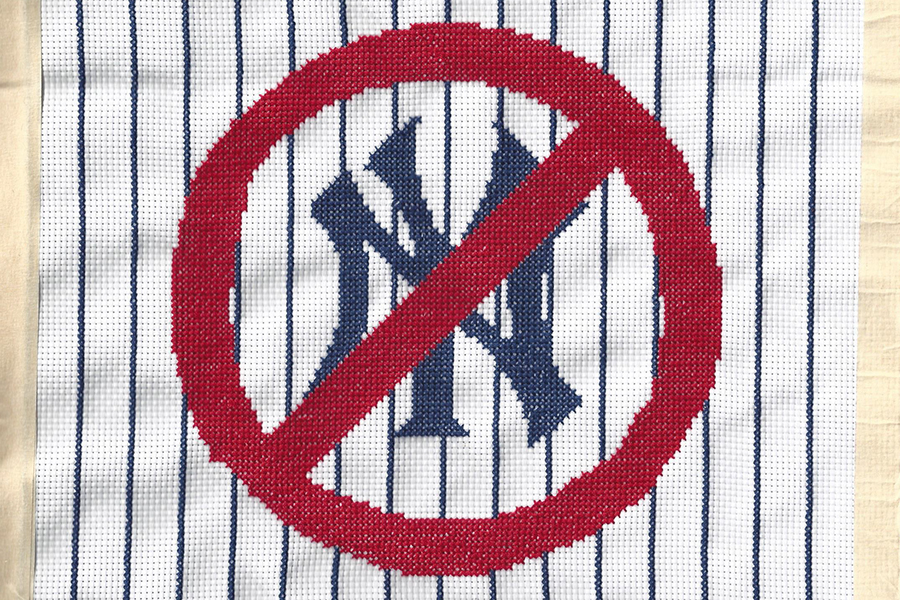 It might be time to pray for deus ex Manfred, something Jack Kerouac probably would have believed to be possible. The first book Kerouac wrote after On the Road was Doctor Sax, in which the protagonist, Jackie Duluoz, dreamed he was back in his hometown of Lowell, Mass. In his dream, The Great World Snake slept underneath a castle. Bad dudes woke the snake up so it could eat the entire world. Doctor Sax tried to feed The Great World Snake a potion to kill it. The potion did nothing, but a huge night-colored bird appeared out of nowhere to take the snake and fly up, up, and away with it, leading Doctor Sax, who at this point must have felt like Dr. Indiana Jones with the Nazis, to say, “I’ll be damned. The Universe disposes of its own evil!”