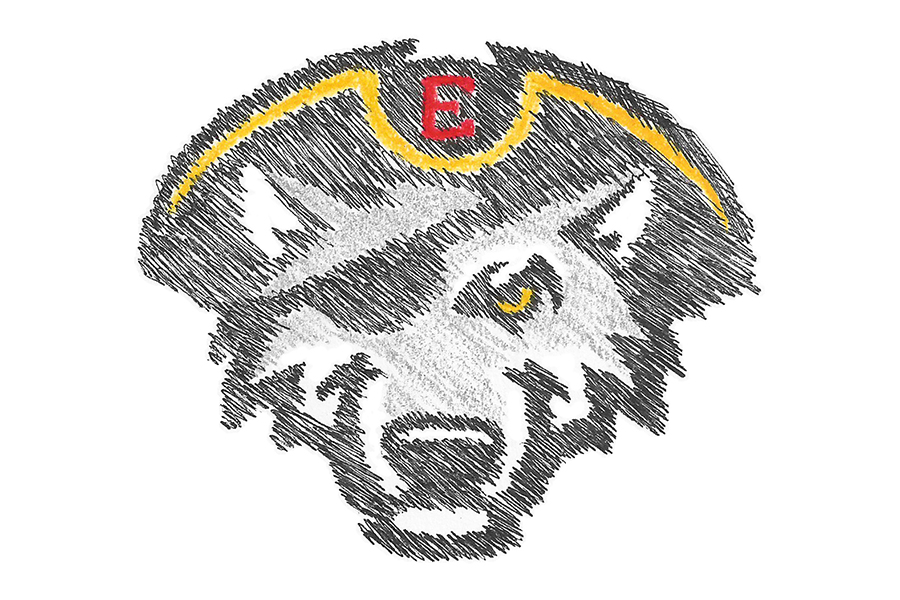 Every Tuesday and Thursday, Too Far From Town shines a light on the 42 (really 43) minor league baseball teams in danger of losing their major league baseball affiliations, effectively leaving them for dead. Today we focus on the Erie SeaWolves, a Double-A affiliate of the Detroit Tigers. You could take in the previous installments here.

Sometime in the future, Sertralpro Zopaline and Fluxolyn Busparan landed somewhere on the planet formerly known as Earth, in their never ending quest to get some exercise, alleviate boredom, and get themselves a non-lethal tan through their slick spacesuits.

After miles of less than nothingness, Sertralpro thought he hallucinated an object on the ground in the distance. 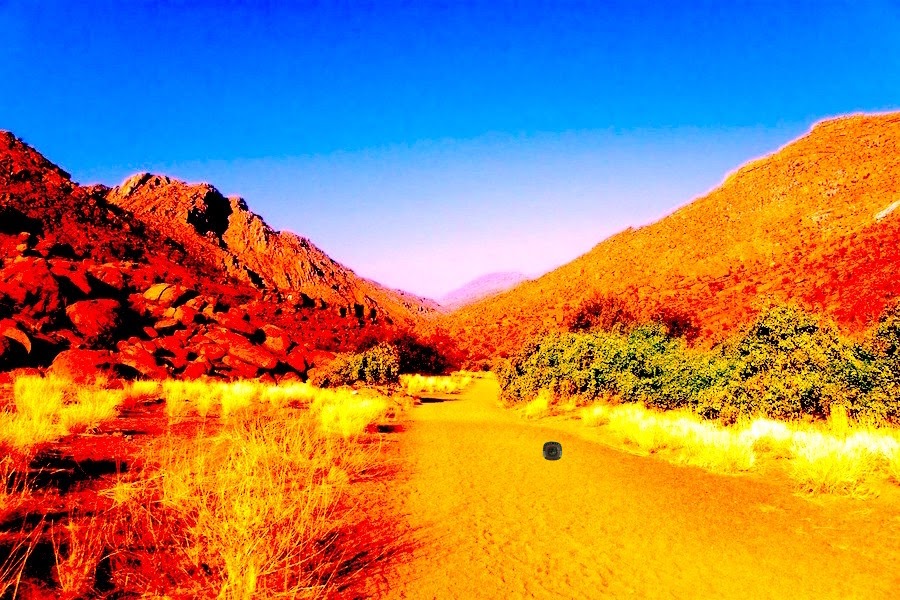 Without daring to get much of his hopes up, Sertralpro walked over to the object, a little embarrassed at himself once he realized he was at a near jog. Sertralpro was rewarded with a mystery. 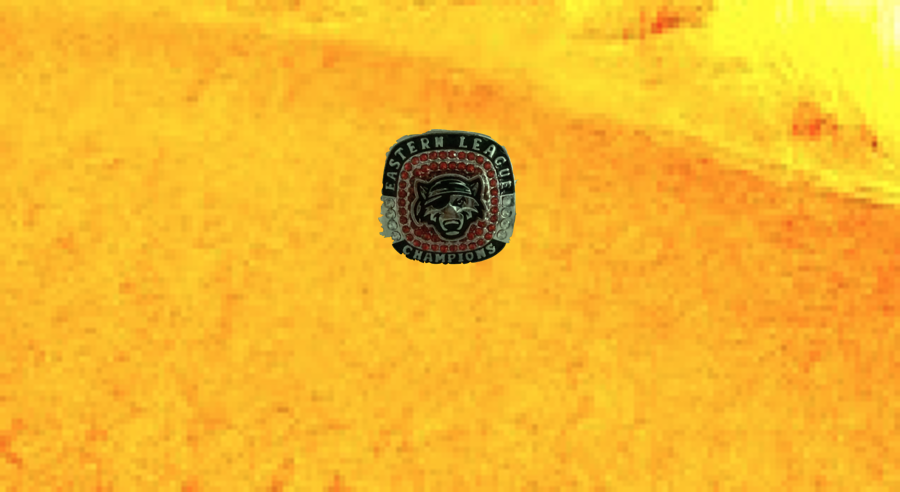 “What in this hellscape is this?”

Fluxolyn leisurely walked over to Sertralpro and his new toy. She pulled out her bulky, years out-of-date GoogleDisney Probot from her front pocket.

“Basically a fun subculture within the world of baseball that gradually died in the name of science, but really from greed.”

Sertralpro examined the ring again, this time more aware of how it felt on his gloved hand, as if the answer was engraved on its surface. 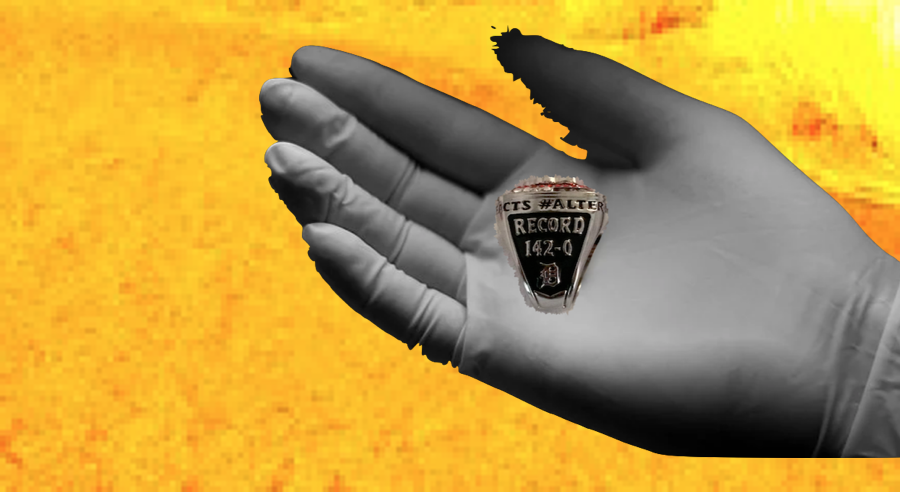 Fluxolyn scrolled, furrowing her brows. She hesitated to say the following, but she knew it was going to be hard to nutshell it.

“I found something about the Erie SeaWolves and Alternative Facts Night. From Baseball Prospectus’ ‘Too Far From Town’, apparently.” 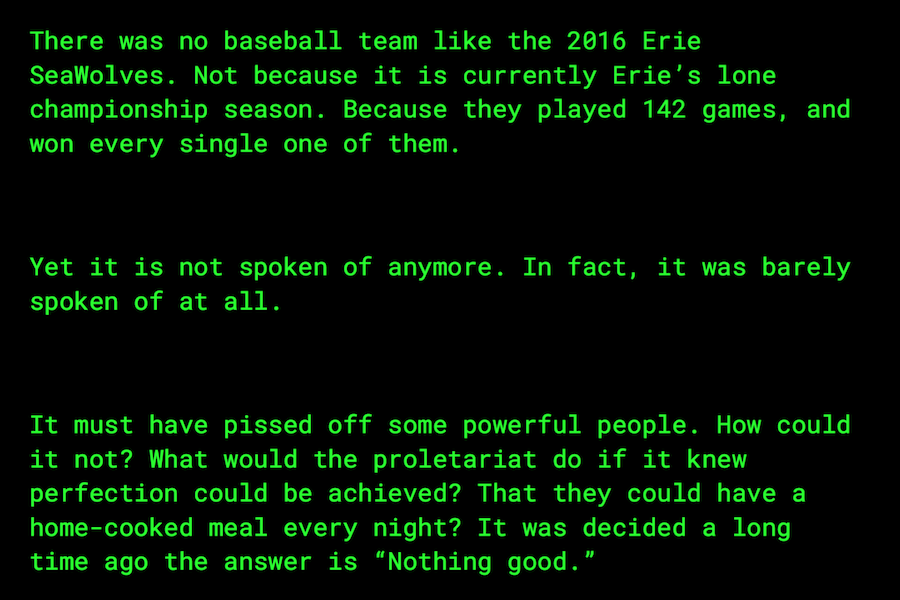 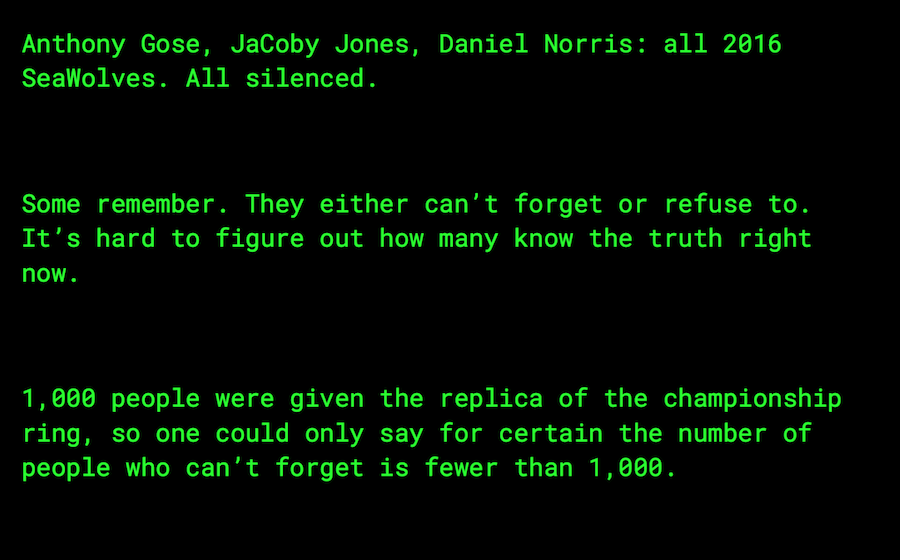 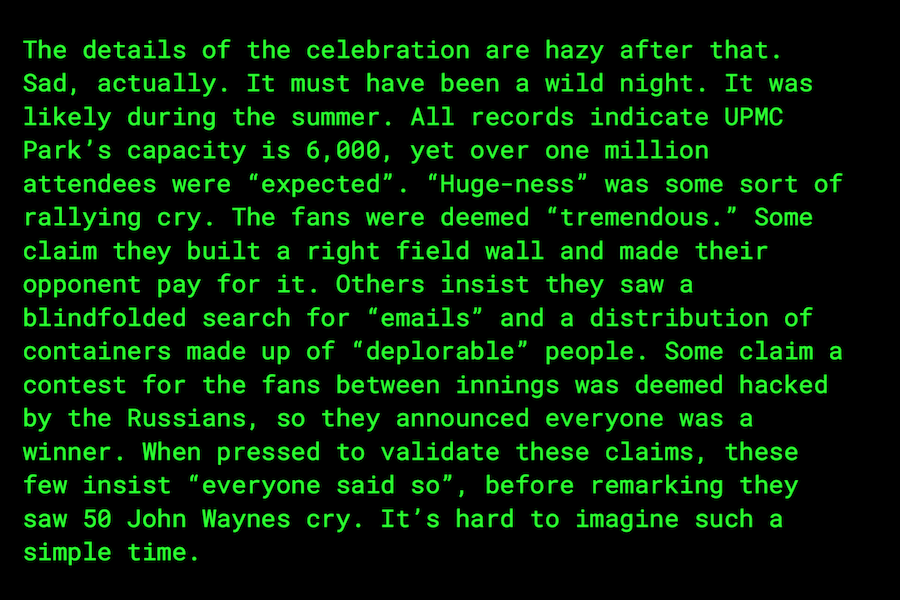 “Yeah, this seems too cute by half.”

“Who was the leader of the country of Erie at the time?”

The GDP heard the query. Fluxolyn and Sertralpro read the screen, at first rapidly, then slower, then even slower, almost like they grew more tired the more they read. Eventually, Sertralpro spoke.

“So Earth people would just make stuff up, as if it would be true just by saying it?” 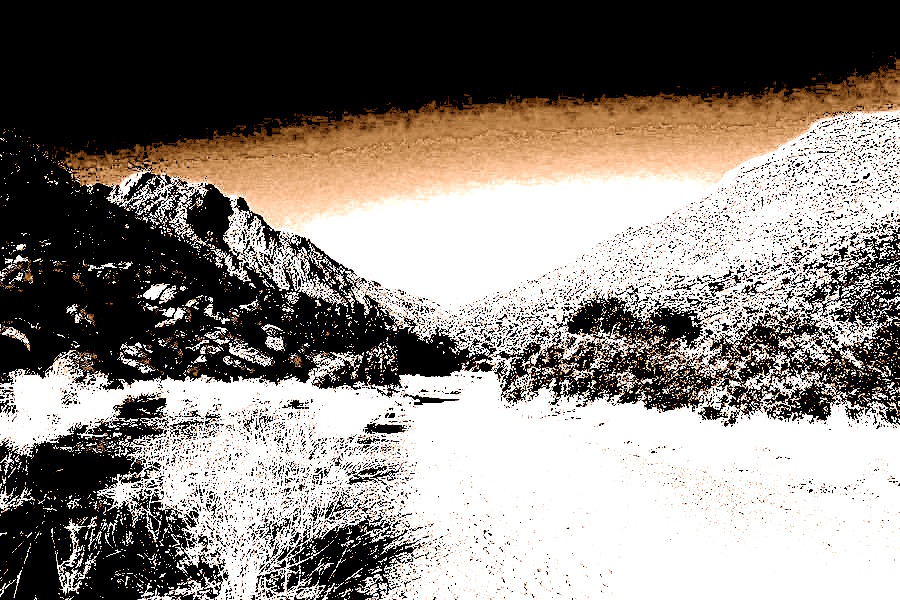 You need to be logged in to comment. Login or Subscribe
Rick Lopez
Could someone do another version of this article and actually talk about the team and its history, or are all of these this pointless and flip?
Reply to Rick
Kristoffer Ericson
Since this is "my" team, I was hoping for more too. Alas, here's the short answer: https://en.wikipedia.org/wiki/Erie_SeaWolves /// The longer answer is my life, and while this will be a giant wall of text, it's my story and I'm sticking to it. :) I was born in 1980, and probably saw my first game with my mom and grandpa at 5 or 6, when they were the Erie Cardinals (81-87). A few years later, they became the Orioles (88-89), and then the Sailors (90-94). 90 & 91 had no affiliation, and then in 92, something cool happened -- Erie became the first farm club of the Florida Marlins (I'm a Marlins fan since Day 0 so *I* think it's cool!). 93 had us with the Rangers, and that would be the last year in the NYPL because the ballpark was just about dead. /// In 94, Erie took a trip through the independent Frontier league, winning the title in the ballpark's last year. And then, the SewaWolves were born. /// We started off as Pirates affiliates -- that's where the SeaWolf nameplay comes from -- before two years with the Angels and then the Tigers since 2001. My mom was one of the first SeaWolf employees, and I eventually followed up, as did my sister, until graduating college and getting a "real" job. /// Lots of things have changed at the ballpark and in the city over the years, but it's where I became a baseball fan: keeping score with grandpa, throwing out a first pitch, chasing down autographs and foul balls, all that wonderful kid stuff. I miss it every day, and I really, really hope they don't get killed off. Independent ball might work there if it came it, but maybe not for long. /// Oh, and of course, you need to end with the theme song -- Werewolves of London -- because why not? https://www.youtube.com/watch?v=qae25976UgA
Reply to Kristoffer
Rick Lopez
:-)
http://www.bb10k.com/BB10k/BB10k3p10.html
Reply to Rick
Roger Cormier
Rick, first off, I like your use of the word 'flip' in this context. I haven't read or heard that in awhile.

I personally don't consider any of the Too Far From Town entries to be pointless. Some are more 'flip', or 'outré' perhaps, than others. This is the case for various reasons, one of which is minor league baseball is in itself proudly offbeat. Another is that life is precious, and to simply write a straightforward history 43 times would be a damn crummy waste of it. No disrespect is ever intended towards the teams and communities (unless they totally deserve it.)

Unfortunately Mr. Lopez, I don't foresee anyone here writing another version. The internet is a wonderful resource when used properly for information on anything, including the Erie SeaWolves. If your curiosity on them is genuine, you are more than free to look into their history on your own time.
Reply to Roger
Rick Lopez
Okay, sorry for getting pissy. My bad. But honestly I got really excited when I thought I was going to get some history. I guess I just didn't understand what kind of article it was.
Reply to Rick
Todd Tomasic
I have a few wonderful Seawolf memories from when they were a Pirates A team and a
quick ride from Pittsburgh. It was a really small but brand-new ballpark. Foul balls were
easy to get-I remember my then-wife running one down. She was so thrilled!
Reply to Todd
Roger Cormier
That's pretty cool. I never got a foul ball at any level. Some batting practice home runs, sure, but not a foul ball.
Reply to Roger
Roger Cormier
Thank you for sharing Kristoffer, although I'll probably still think of billiards when I think of that song.
Reply to Roger