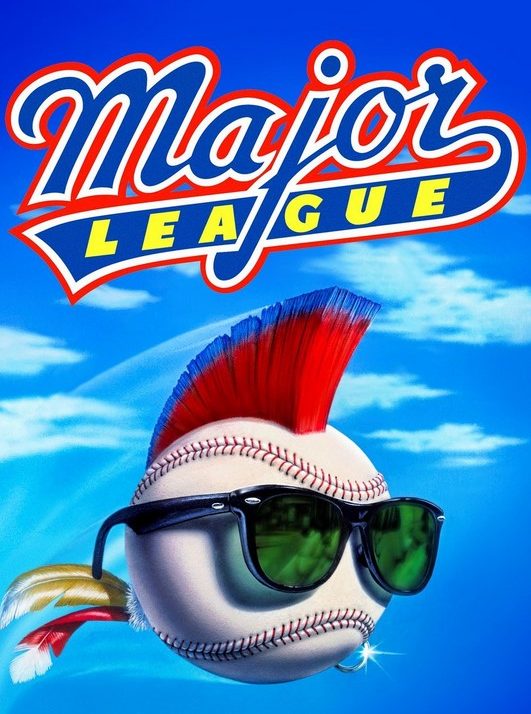 While we all await the return of baseball, whether on the sandlots or in the stadiums, there are still ways to scratch that horsehide itch: The game in other media, such as films. To assist you in your search for the highest-quality baseball films to enjoy (or perhaps the lowest-quality baseball films to laugh at), Baseball Prospectus is reviewing them all, from the popular to the obscure. After every five reviews, we’ll update our overall rankings.

Genre: Comedy
Logline: In a scheme to move the Cleveland Indians to Miami, the showgirl widow of the team’s owner tries to tank attendance by recruiting a roster of incompetent misfits.

Writer/Director: David S. Ward, who won a writing Oscar for The Sting in 1974 and would be nominated for another for Sleepless in Seattle in 1994. This was his second directorial effort after the forgotten 1982 Nick Nolte/Debra Winger adaptation of John Steinbeck’s Cannery Row.

How Realistic is the Depiction of Baseball? It’s not terrible. The Indians’ climb up the standings requires significant suspension of disbelief, but the actors look and move like players, particularly Berenger and Sheen, and the climactic game works tremendously well, capturing the suspense and tension of an actual playoff game.

Real-Life Baseball Cameos: Bob Uecker, as Indians play-by-play man Harry Doyle, is one of the best parts of the film and has many of its best lines. Pete Vuckovich, who won the 1981 American League Cy Young award for the Brewers, is the primary on-field heavy as slugging Yankees first baseman Clu Haywood. Longtime Dodgers catcher Steve Yeager, the film’s baseball consultant, is seen briefly as the Indians’ third base coach, Duke Temple, and doubled for Berenger in some of the catching scenes. Most of the action takes place in Milwaukee’s County Stadium (filling in for the Mistake on the Lake), and many of the long-shot cutaways of game action are actual major league footage. At one point, Haywood hits a homer, and we pull back to see Ken Phelps round the bases.

Typical Baseball-Movie Cliché: A ragtag team of misfits shocks everyone to make, then win the big game.

It’s remarkable to realize that two of the greatest baseball movies ever made, Bull Durham and Major League, came out in consecutive years, 1988 and ’89. Though superficially similar, they are fundamentally different. Both are works of pure fiction that use real-life team names and uniforms and contain great hilarious inside-baseball moments, both on the field and in the clubhouse, but Bull Durham is, at heart, a study of three characters briefly intersecting, as so many players, teams, and fans do throughout lives devoted, at least in part, to the game. Major League is more broadly comedic and less about any one or even handful of characters than it is about a team. It, too, celebrates a brief, passing moment of comradery, but it is only about that moment, not about the larger journey.

As a result, the romantic subplot, involving newly sober veteran catcher Jake Taylor (Berenger) and his ex-wife, Olympic swimmer-turned-librarian Lynn Wells, falls flat. It doesn’t help that Taylor engages in some light stalking in his pursuit of a reunion. Still, as Wells, the always-formidable Russo (making her motion picture debut after a long career in modeling) brings a depth to what, without her presence, would qualify as pure padding.

Russo’s elevation of what would otherwise have been a stock part is also important because the only other major female character in the film, Rachel Phelps, a former showgirl who assumes ownership of the team following the death of her husband, is the unredeemed bad guy, and the team takes that as license to objectify her in manner that hasn’t aged well. Though Phelps is presented as both bitch and whore, it’s worth noting that the original cut of the film included a scene, available on some DVD releases, in which Phelps reveals that she was actually the mastermind, playing the bad guy to inspire her team to victory, hoping they would unite around hatred of her to save the team from bankruptcy; her relocation threat was merely part of the ploy. Test audiences preferred Phelps to be a pure baddy, so the turnaround was cut. To be fair, Margaret Whitton makes a meal of the part.

Elsewhere, the wordplay on the team name employed by Harry Doyle and the press, though regrettable, isn’t atypical of what Cleveland fans would have read and heard at the time the film was made (and for decades prior), and Cuban slugger Pedro Cerrano’s Voodoo rituals aren’t as retroactively problematic as you might assume (or remember). I’m in no position to acquit the film’s racial politics. Still, the tension between Cerrano (Dennis Haysbert) and Bible-thumping veteran spitballer Eddie Harris (Chelcie Ross doing his best Gaylord Perry) centers Harris’ prejudices just as much as Cerrano’s exoticism, and it’s Harris that winds up looking foolish.

That might sound like a lot to put aside for contemporary viewers, and it’s a credit to how well the actual baseball parts of this film work that you can. Most baseball fans of my generation have seen all or parts of this film countless times, and the jokes land just as hard on each subsequent viewing. The various archetypes embodied by the core cast are real enough that one could match each up with a contemporary player from 1989, 2019, or any time in between, from the aging, aching star catcher (Berenger) to the high-salaried, prima donna third baseman (Bernsen), the fast-talking, lightning-quick/light-hitting outfielder (Snipes), the slugger who can’t hit the curve (Haysbert), the ball-doctoring veteran hurler (Ross), the gruff, old-school career minor-league manager (Gammon, one of the film’s highlights), to Sheen’s iconic Ricky “Wild Thing” Vaughn, the uncontrollable fireballer with no control, a character a then 24-year-old Mitch Williams has played in real life ever since the film was released, adopting both the nickname and the entry music (played here by Los Angeles punk legends X).

As broad and genuinely hilarious as Major League is, it’s not pure farce. The characters are lived in (albeit to different degrees), and both the relationships (even between Taylor and Wells) and the baseball are convincing. The climactic game, in particular, is genuinely stirring, even though it doesn’t correspond directly to thwarting Phelps’ plan (by that point, the team has already cleared the required attendance figure to remain in Cleveland). Rather, the team is playing to fulfill its own goal, a division title, and writer/director Ward captures both the playoff atmosphere and the between-pitch tension and suspense that makes every good playoff game, and baseball in general, great.

A testament to the film’s quality is that its 107 minutes seem to fly by, from the note-perfect opening, set to “Burn On,” Randy Newman’s tribute to the 1969 Cuyahoga River fire (one of my favorite music cues in all of film), to the final play of the big game. Major League is a must-see for all baseball fans.

This Movie’s WAR: 8.0. Endlessly rewatchable, it holds up tremendously well despite obvious flaws. It is on my personal Mount Rushmore of Baseball Movies.

You need to be logged in to comment. Login or Subscribe
Cal White
Still the only movie of any genre that, upon finishing it for the first time, I immediately rewound the tape and watched it again.
Reply to Cal
Clay Davenport
Don't celebrate in front of guys who just died.
Reply to Clay
Shaun P.
Bob Uecker's Harry Doyle is an all time classic character, and his performance is pure comedic genius. "Jussssttt a bit outside" in my best effort at imitating Uecker's perfect deadpan tone remains a go-to quote to this day. And most people recognize it!
Reply to Shaun
Mike Mundy
Absolute perfection by Uecker. And because he's the radio guy, not the TV guy, he could get away with saying things like. "How can these guys lay off pitches this close?"
Reply to Mike
bigbart
Still watch it 3-4x a year at least.
Reply to bigbart