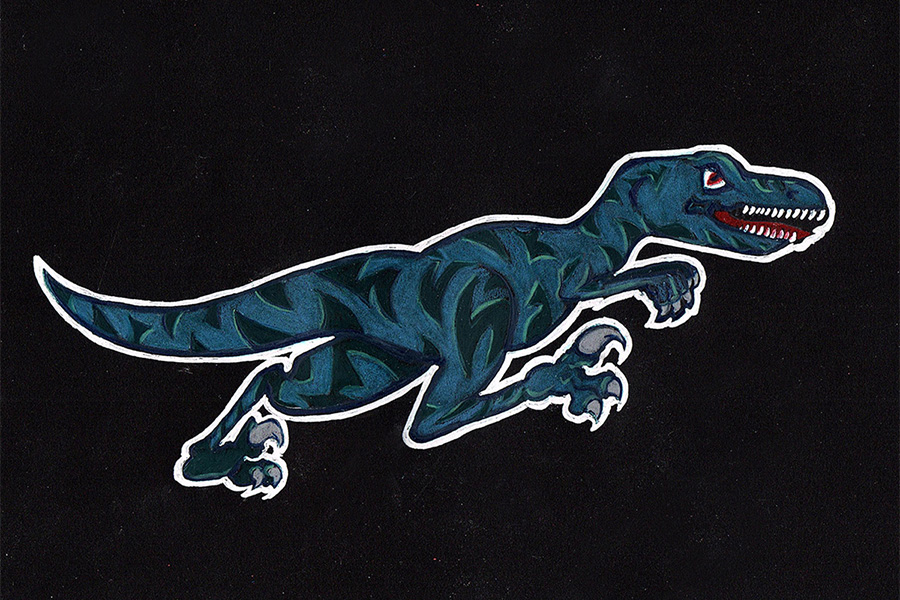 Every Tuesday and Thursday, Too Far From Town shines a light on the 42 (really 43) minor league baseball teams in danger of losing their major league baseball affiliations, effectively leaving them for dead. Today we focus on the Ogden Raptors, a Rookie Advanced affiliate of the Los Angeles Dodgers. You could take in the previous installments here.

“The saints want justice. The rest of us want mercy.” – George Shuba, The Boys of Summer

There used to be a little thing called mercy. I vaguely recall it. John Stamos pleaded for it on the Fuller House prequel. His cries went completely unanswered beginning in 1995. There is a lot of blame to go around for that. Newt Gingrich. The Gallagher brothers. Beanie Babies. It’s a miracle any of us are still standing to tell you the truth.

The Simpsons intuited this shift to a completely unforgiving cutthroat universe, as they tended to do throughout the nineties. On February 12th, 1995, “Homie the Clown” made its broadcast debut. It’s the episode where Homer, as Krusty the Clown, beats the crap out of the Krusty Burglar, believing the diminutive actor was really attempting to steal a large plastic display burger in broad daylight (Homer is dumb and a method actor.) A kid watches the carnage and through his tears pleads for Homer to stop because the Krusty Burglar is “already dead.” You’ve no doubt seen this meme plenty over the last few years. I know I have during blowouts.

The first time that meme could have been applied to a baseball game was just over six months later. On August 27th, the Pioneer League was in its final week of regular season play. The Helena Brewers were playoff bound. They walked into Ogden, Utah the winners of 15 consecutive games. I’m pretty sure it is illegal to enter the state of Utah with that much confidence. Hell, here’s a spoiler: the Helena Brewers would win the league title two weeks later. They were pretty good at baseball. Mike Kinkade had himself a .929 OPS.

The Ogden Raptors were the perfect agents of baseball balance. They were essentially in their 11th year without affiliation, after their previous incarnations as the Salt Lake Trappers and Pocatello Posse failed to entice a big league org. The Raptors were beholden to no parent major league baseball club. They lived every day on a house on the edge. Do you really think they would be intimidated by a team on a hot streak? Do you really think they would feel sorry if said team was losing big?

The Brewers opened with three runs in the top of the first that Sunday. Adorable; the Raptors scored seven in their half. Three more in the second. Seven again in the third. The Raptors must love the winning combination of Seagram’s Seven Crown and 7 Up, because they put up seven yet again in the fifth. The score was 29-7 in the bottom of the seventh when Lawrence Scheffer came to bat with the bases loaded. Maybe the humane thing for the right-handed hitting Scheffer to do was to hit from the left-handed batter’s box, or try to hit blindfolded, or try to hit while smoking a cigarette and sipping a certain mixed drink. You could almost shake off giving up 20-29 runs. That isn’t unheard of in professional baseball. But if the run total starts with a ‘3’? God, that’s embarrassing.

Scheffer, an alum of University of Detroit Mercy, ignored his schooling and smacked a grand slam.

The final score was 33-10. To this day it is the record for most runs scored by a team in a Pioneer League game.

1995 was the last time the Ogden Raptors were forced to make it on their own without the shelter of major league affiliation. The Milwaukee Brewers took them in, even though they also held onto the Helena team. A couple of synonyms for mercy come to mind here. Pity isn’t one of them.

You need to be logged in to comment. Login or Subscribe
John Collins
I've been on the losing side of my share of lopsided softball games. And sometimes the superior opponents made a show of not trying: batting from the other side, not running, etc. This never felt merciful. Rather, it feels disrespectful. I'd rather the superior opponent keep trying as hard as they can to beat us by as much as possible. I think that is the more sporting behavior. I think the idea that running up the score is unsporting is wrongheaded.
Reply to John
John Collins
(And I know that wasn't the thesis of the piece, but it seemed suggested.)
Reply to John
yayroger
I get what you're saying.
Reply to yayroger