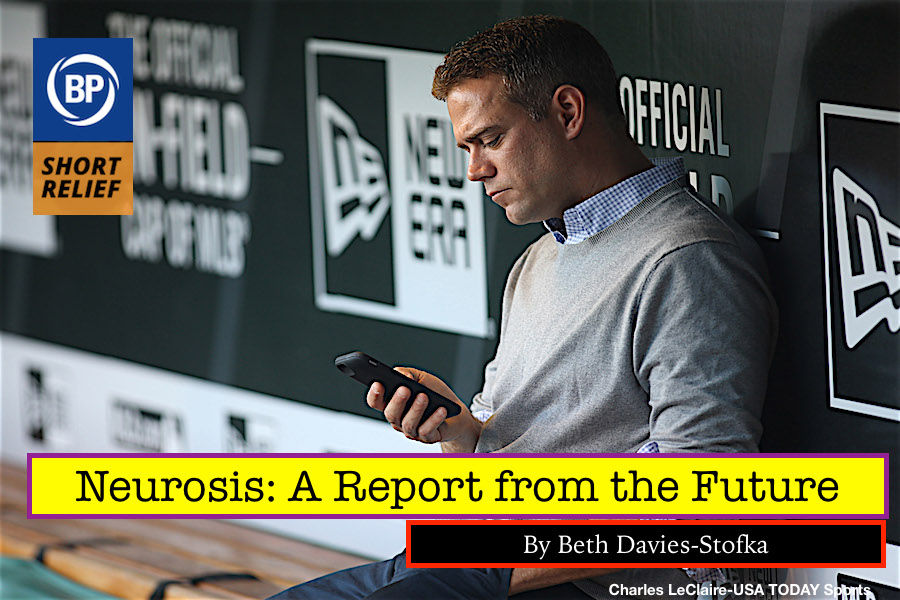 Recent research in the archives of the third millennium reveals that Major League Baseball’s general managers began to play Sortes Virgilianae; in the second decade of the 21st century. Like the Roman generals of two millennia before, baseball’s GMs drew random lines from Virgil’s Aeneid in order to divine their futures. At this time, knowledge had largely evolved along rational, algorithmic lines, often managed by data instruments such as spreadsheets. Yet the future remained impenetrable. It was hoped by all that the poet Virgil, said to have been in possession of magical powers, would provide teams with the necessary edge to ensure the glories of postseason baseball.

Unfortunately, baseball’s GMs had no better luck with Virgil than the Roman generals. It is said that, upon reading a randomly-selected line from the Aeneid, Hadrian predicted that he would succeed Trajan as emperor, and in fact he did, and went on to reign as Emperor of Rome for 21 years. However, Gordian II, also playing Sortes Virgilianae, predicted that he would have a long line of successors. But after ruling Rome as co-emperor for only 21 days, Gordian II died in battle with only one successor, a nephew.

Baseball’s GMs shared similar outcomes. The records are sketchy, but the extant evidence suggests that Red Sox GM Theo Epstein, in the midst of a career reminiscent of Hadrian’s, drafted Mookie Betts upon drawing this line from Aeneid Book 7:

Heaven’s empress with her right hand wrenched away
The lingering bars. The grating hinges jar,
As back Saturnia thrusts the iron gates of War.

On the other hand, playing Sortes Virgilianae backfired for Twins GM Thad Levine when, in 2017, he debated whether to sign Michael Pineda. Ultimately he did, after drawing this line from Book 4:

Nor thinks such passion can be frail or fleet

We were not able to find a record of Levine’s post-Pineda career and cannot speculate whether his trajectory resembled that of poor Gordian II. Perhaps that distinction belongs to Astros GM Jeff Luhnow, fired from his job in 2020. Our research team found a badly-damaged and fragmentary record which suggests that he drew this line from Book 6 in the days following his dismissal:

Through Pluto’s solitary halls they stray,
As travellers, whom the Moon’s unkindly light

While this is far from conclusive, we couldn’t find any further record of Luhnow’s fate.

Before the use of exascale computing became widespread, the future was unknowable, so games had to be played in real time in order to determine outcomes. Indeed, the evidence suggests that the whole of humanity had to live life in real time. We therefore theorize that neurotic anxiety over an unknowable future explains a broad spectrum of long-forgotten antisocial institutions, such as religion, racism, sexism, and cheating. We believe that such anxiety was once powerful enough to distort the human condition. Our research continues. 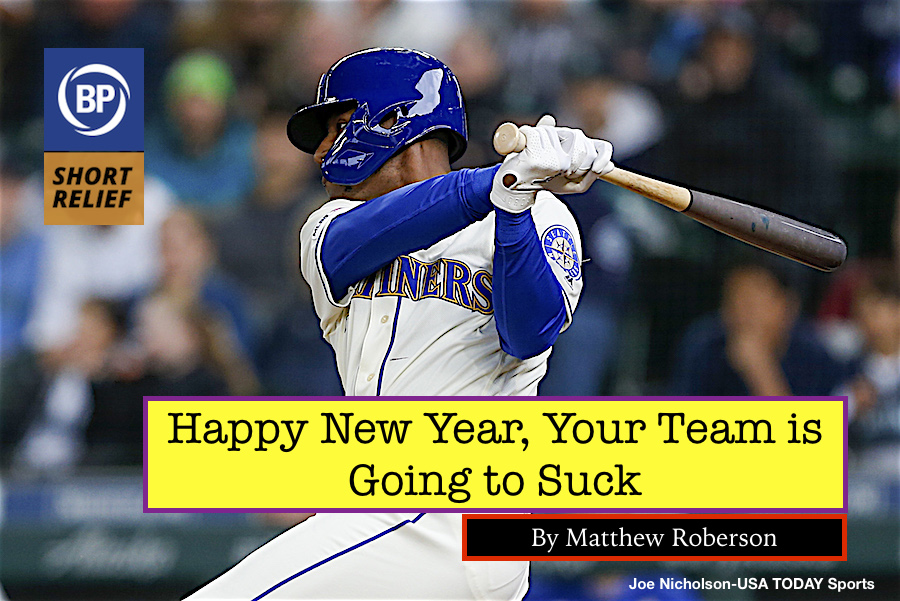 Entering a new year, we’re constantly beaten down by newness’ relentless positivity. A fresh 365 means 365 potential chances to conjure up some magic, to do the things you’ve always wanted to do but never done, to finally overcome the Dodgers and Astros in your life. 2020 is somehow here. It is a real year that all of us are alive for. But for many of us, especially those rooting for baseball’s have nots, something feels…off?

This was supposed to be the future. Flying cars have not arrived. Total optimization is more of a “big guy exploits little guy” operation than a way for everyone to live their best life. Even general competence has somewhat disappeared, leaving the door open for a real savior to move us into the humming utopia we dreamt of. Instead we’re getting Kendall Graveman, third starter, and an AL West division that exists mostly to remind Seattle of its own shortcomings. The Mariners are the yearning child—stuck in youth’s quicksand—while their older and more polished family members mostly have their shit together, or at least are good at acting like they do. (The Astros are still projected to win the division. Those draft picks meant less than nothing to them.)

Reality sings a different song for baseball’s lower class. The Orioles are barely even playing the same sport as their overpowering rivals in New York. The Tigers are in perhaps the most winnable division in the league, except they have no method of actually doing so, a third-string, 110-pound shrimp on the JV team lacking the strength to even begin punching up at their wet cardboard oppressors. At least with teams like the Pirates, there’s no pretending. They aren’t trying, never planned to try, and will get smacked around like a team that isn’t trying.

So what do we do if we’re tired of the bully winning? There’s an endless flow of prestige television just a few keystrokes away, or so I’ve been told, and that’s just one of millions of escapist options. The futuristic hellscape does have its perks, I guess. Have you seen Parasite? It’s extraordinary. My favorite part was then they didn’t play baseball a single time and make zero mention of the Marlins’ continued suffering, at least not explicitly. The movie could be a bit of a road map for the downtrodden, though, whether they’ve gotten there via wage gaps or other unfair circumstances.

When it’s time to take matters into one’s own hands, both for fans of bad teams and the bad teams themselves, you’ve got to get creative. Scam your way to the top, just don’t get caught. Eat the rich, but make sure their hubris and exceptionalism hasn’t spoiled the taste. Or, maybe just wait a few years. Those in power have an impressive habit of unraveling things all on their own. 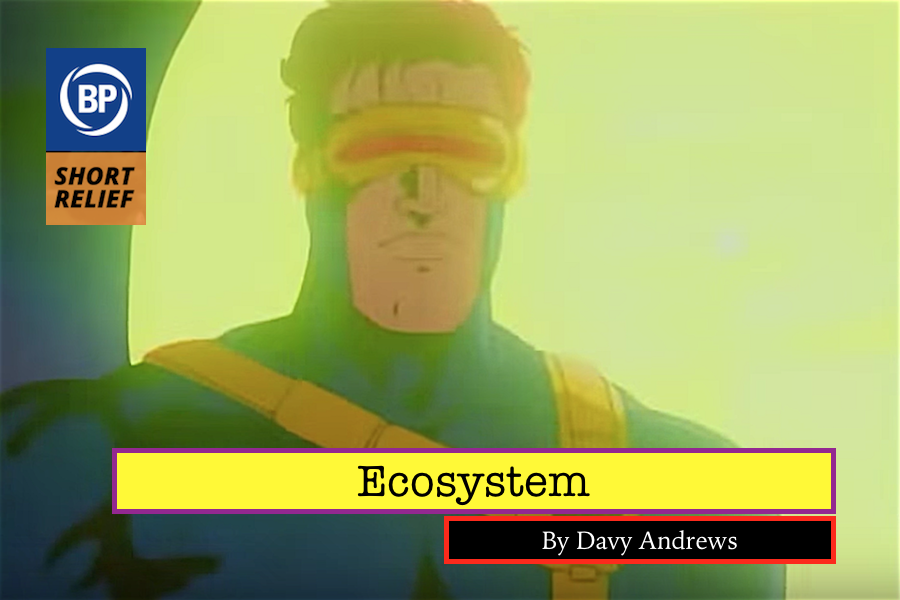 One reason to love baseball is its constancy. Throw Walter Johnson onto the mound at Nationals Park and he would know exactly what to do. He’d probably even figure out the Baby Shark thing eventually. But there’s no chance he’d be as perfectly suited for 2020’s game as he was for 1920’s.

It can be helpful to think of baseball as an ecosystem. There are only so many roster spots to go around, only so many roles to fill, and the competition for them is real. We joke about players who arrive at spring training in the best shape of their lives, or with a reworked swing, or with laser eyes — wait, sorry, with laser eye surgery — but it’s hard to blame them. They’re doing what they can to improve and adapt. We all want to become the best versions of ourselves. Wouldn’t you feel like bragging a little bit if you’d spent a whole winter flipping tractor tires, or hitting until your hands bled, or lasering out your eyeballs?

They put in all this work to find a niche, to survive and succeed. But ecosystems change. Oceans acidify, the ball becomes juicier, foul territory becomes less juicy. Every change to the game means a change to who is most fit to play the game. Mandate a three batter minimum for relief pitchers, and the environment grows hostile to the lefty specialist. Expand the roster to 26 players and there’s more room for other kinds of specialists.

The game is constantly asking new things of those who play it. Create the DH. Build a stadium a mile above sea level. Increase the player pool. Pump half the players with steroids and HGH. Realize that RBIs are silly. Outlaw laser eyes, but then reinstate them because they’re so cool. Build a skyscraper that alters wind patterns. Lift minor leaguers out of poverty. Introduce weighted ball training. Discourage electronic sign stealing with severe punishments. And so on, and so on, and so on. The rules of baseball once created a niche for a player who stood 3’7”, and just as quickly sealed it up.

We might be better served to admit that the game changes all the time, whether we want it to or not. It might even be fun to dream up new ways to shake things up.

What if picking off a runner were a force play rather than a tag play? What if you didn’t strike out on a foul bunt? What if the outfield fences had a slight lip three feet up, so outfielders could jump even higher to rob homers? What if all the walls were 20 feet higher? What if you got a bonus out for turning a double play? What if we went back to calling the batter out if the ball was caught on one hop? What if the bases moved from 90 to 110 feet apart? What if everybody had laser eyes? Seriously, Rob Manfred. Are you listening? Laser. Eyes.