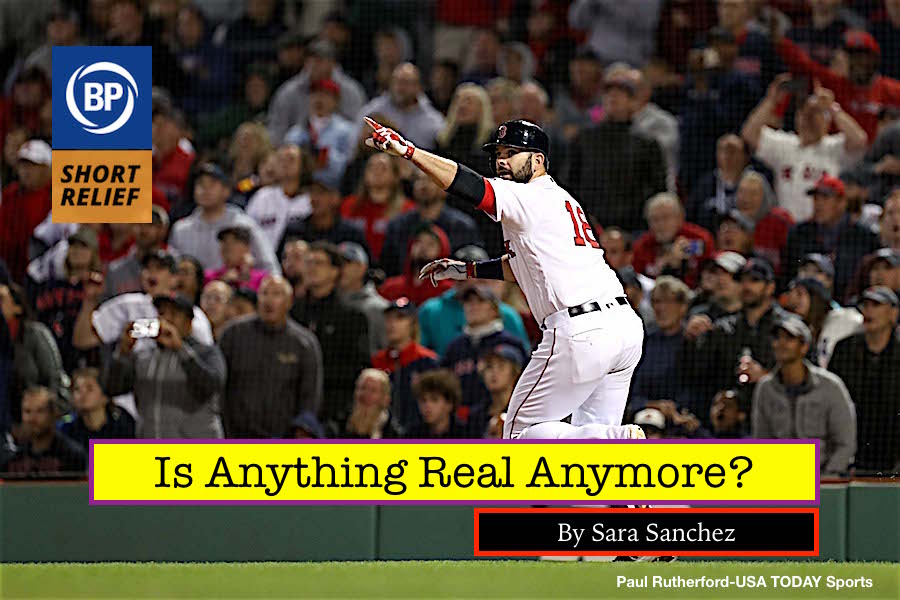 They are apparently creating fake people in Argentina. A design firm called Icons8 has developed a database of AI generated models to assist companies with enhancing their diversity, without…well…actually enhancing their diversity. After all, finding computer generated images for your online presence that portray your business as diverse is substantially easier than trying to figure out why the people you wish were in your images aren’t interested in your business in the first place. Don’t even get me started on the hard work of persuading those people that they should be interested in it. AI generated images only require computers and some clever facial recognition software. Actual customers and loyalty require time, nuance, understanding and maybe even admitting that the business model you love needs to change.

Icons8 is billing this as “worry-free, diverse models on-demand using AI” according to the Washington Post. I’m billing it as an unacceptable shortcut to something that is hard by design, because the process of doing something hard is generally what makes people, and businesses, better.

I was thinking about this a lot as the news broke that my second favorite baseball team stole signs en route to a 108-win season that culminated in a World Series Championship in 2018. According to Ken Rosenthal and Evan Drellich of The Athletic, the Astros were not the only team stealing signs in order to hoist the Commissioner’s Trophy. While the Red Sox didn’t have a trash can operation just beyond the dugout, they did utilize video replay technology to decipher pitcher’s signs in violation of MLB’s explicit instructions that video replay rooms could not be used for stealing signs.

In a statement that strained credulity the Red Sox front office contends they were “recently made aware of allegations suggesting the inappropriate use of our video replay room.” It seems highly unlikely to me that they learned about this shortcut masquerading as strategy from The Athletic, but it’s hard to know what to trust these days.

Baseball has a transparency problem.

Home run rates have surpassed the wildest dreams of the steroid era right as MLB bought Rawlings. Independent scientists like Dr. Meredith Wills and Rob Arthur keep proving the ball is changing, yet official investigations find no answers as to how those changes happened. Two of the last three World Series champions, and who knows how many other teams, are being investigated for violating league rules in the never ending quest for organizations to gain some edge.

For games to be interesting they must be transparent and fair. Meaningful sports demand that players are rewarded for their hard work and dedication. It’s not that luck can’t play a role, it obviously can, and does — but the difference between victory and defeat cannot be built on shenanigans. American society doesn’t seem to trust much these days. Home run records and championships built on illusions are a fast track to baseball obsolescence. 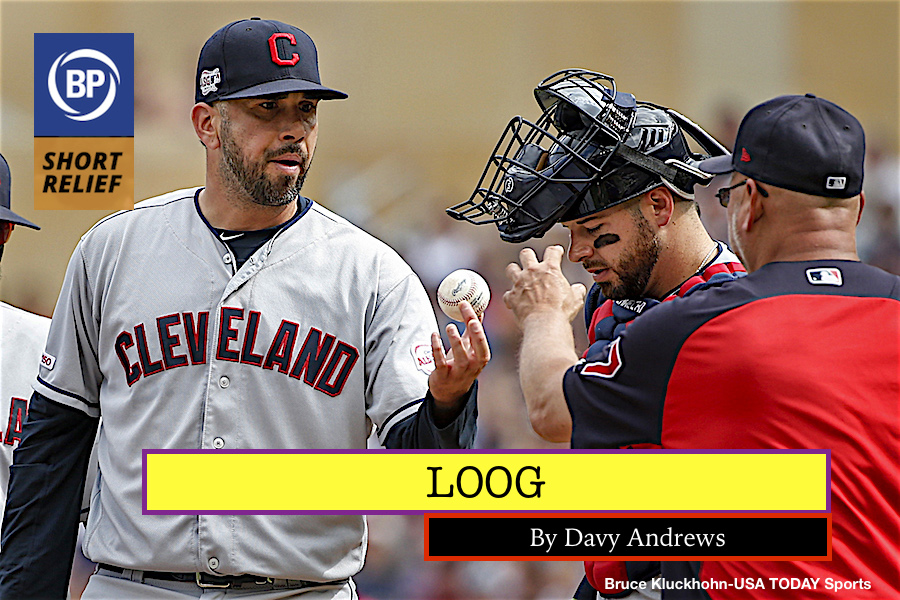 We live in the age of the specialist. Visit your general practitioner with a specific complaint, and they’ll likely send you off with nothing more than a referral. In other words, your doctor’s official medical opinion is, “Yeah, I’m not that kind of doctor.”

Major League Baseball has decided to fight this tide by outlawing the Lefty One-Out GuY. Relievers must now face a minimum of three batters or pitch until the end of the inning. No longer can you take more time jogging in from the bullpen than you take actually playing in the game. Henceforth you must pitch a little longer than you used to, so prepare to be a renaissance man.

When you make your living playing a game, the ground can shift underneath you at any moment. A tweak to the rules, a change in organizational philosophy, or simply a new understanding of value can render you unemployable. Are you a fly ball pitcher? Well somebody’s finger slipped at the factory that makes baseballs, and all your harmless flyouts have turned into home runs. Please find a new profession. Are you a base stealer? The general manager just learned how to use formulas in Microsoft Excel, and we now realize that your skills are worthless. Would you care for a tall, cool glass of You’re Fired?

Are you a lefty specialist? Have you scrambled for survival, jumping from team to team, year after year, because you possess the precious ability to retire left-handed batters at an above-average rate? Are you a marvel of tenacity and precision? Well you’re boring. Once every four games, you slow things down by two minutes. So we are changing the rules expressly to make the specialty to which you have devoted your professional life illegal.

The left-hander who excels at retiring other left-handers has always filled an odd, slightly cannibalistic niche; a heat-seeking missile that destroys only other heat-seeking missiles. Assailed on all sides by the right-handed hegemony, lefties usually stick together. They claim mysterious creative powers and commiserate over the tyrannical triumvirate: the scissor, the school desk, and the spiral bound notebook. On the field, however, they are forced to wield their sinister magic against their kin, every victory for the team a defeat for the clan.

The three batter minimum won’t cost anyone a job right away, but there are players who will be worse at this new, slightly different version of baseball than they were at the old one. Last year, and every year for the past five years, Oliver Pérez averaged less than two-thirds of an inning per appearance. He could have escaped your notice entirely if you were a Cleveland fan whose bladder had a sense of timing.

It’s fun to watch someone who so perfectly embodies an archetype; Oliver Pérez is the lefty specialist. He’s lanky, with varying arm slots and windups, deceiving his fellow lefties just often enough to secure a new place to pitch every year or two. Baseball is a new game this year, one more hostile to the lefty specialist. Oliver Pérez will likely pitch a little bit less often this year, and, facing a few more righties, he’ll likely pitch a little bit worse. Those are the rules. 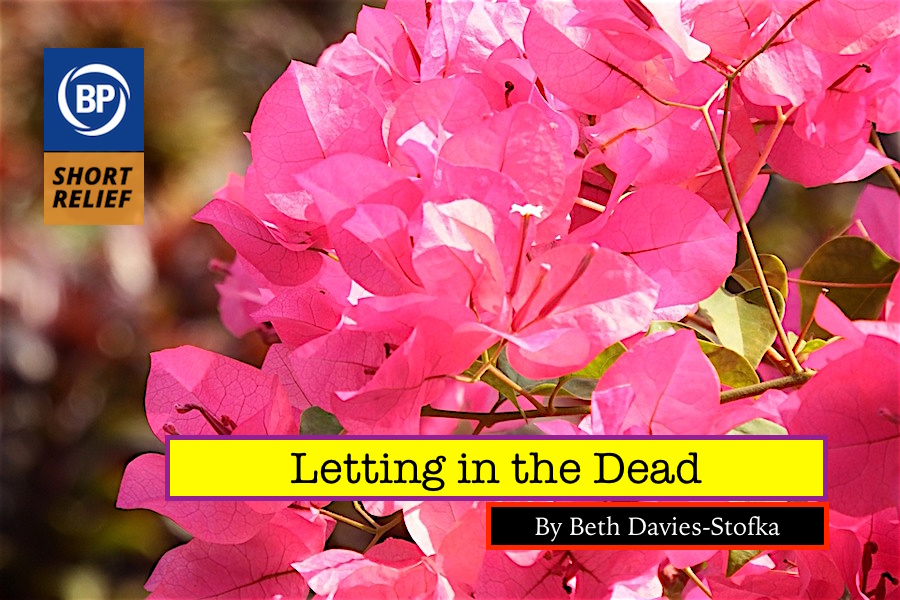 Rosa poured an extra shot into the freshly-brewed cup of coffee, stirred it with a thick stick of cinnamon, and handed it to me. “There, settle down with that and watch the game. Be sure to listen carefully.” It was a gorgeous broadcast as always, with its impossibly green grass, reddish-brown soil, and larger-than-life players. Still, my eyes lingered on the bright pink and red flowers that framed Rosa’s television screen, a cozy, domesticated jungle tickling its edges. “Year round,” Rosa said, noticing my interest in her indoor nursery. “I’m going to make lunch,” and she left the room.

I’d met Rosa at church, although reluctantly. She never missed mass, but she was a loner and had the loner’s mystique, always melting away before the coffee was served. I’d heard, I don’t know where, that she’d once been a specialist in sports injuries, so today I summoned my courage and approached her. “I want to learn about baseball,” I said. She asked me why. “I’m lonely,” I admitted. “My husband died. Somebody said baseball might make good company.” “You are very young to be a widow,” Rosa said bluntly. “That’s good advice. Was it from your husband?” I nodded. She said, “Baseball makes excellent company. Come on home with me.” “Now?” I’d asked. “Of course,” she said.

In the bottom of the first inning, she brought me a plate of eggs, scrambled with fresh vegetables. She added a side of toast and blackberry jam before disappearing again into the kitchen. At the end of the third inning, she brought more coffee and a cinnamon-yogurt cake, lightly topped with lemon zest. “Good food for good health,” she said. “Have you been listening carefully to the game?” “Yes,” I told her, “but I don’t understand what they are saying. They are talking about technical things, mostly, and I don’t know what they mean.” “Don’t worry about it,” she said. “That will come. You’re here because of your husband, aren’t you?” “He loved the game,” I said. “He loved the numbers. I thought you’d explain it to me, not just tell me to listen and give me food. Not leave me alone.” I began to cry. “I want to feel close to him again.”

Rosa sat down and put an arm around me. “He loved you. I’m leaving you alone because it lets him talk to you. You’re letting him drown out your sorrow. You’re letting him fill your emptiness. You’re going with him into the sound of the crowd. It’s your bubble of intimacy. The understanding will come, I promise, launch angle and OPS and bat speed. All that will come. What matters now is that you let him comfort you. That’s how things begin to live again.” My head on her shoulder, I looked again at the flowers framing Rosa’s television screen. For a moment, I understood.

You need to be logged in to comment. Login or Subscribe
Ed Karpowicz
Wow. Those are great stories. Beth's story will resonate with many. Thanks.
Reply to Ed