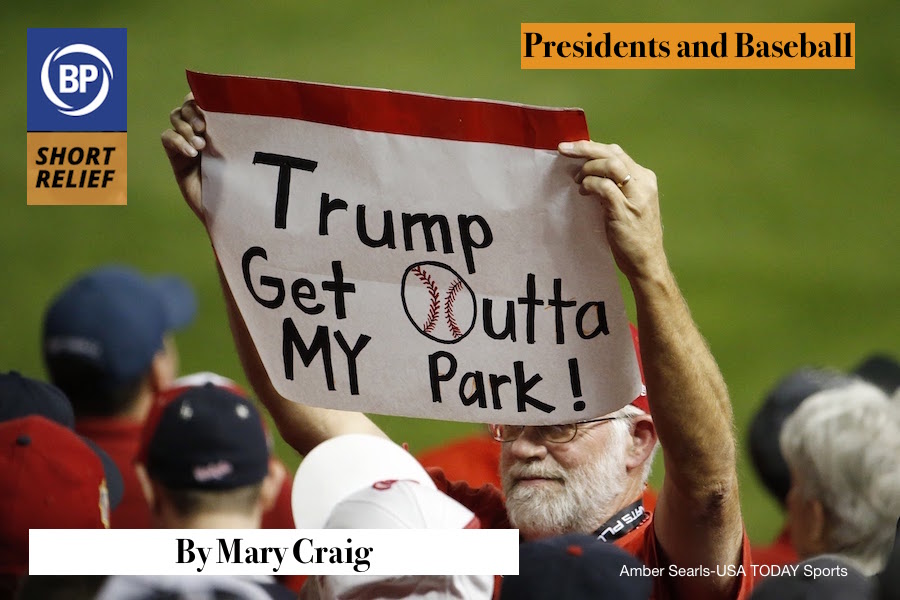 Since the beginning of the 20th century and the introduction of the traditional Opening Day first pitch, baseball and the presidency have been interconnected. Both are assumed to represent to the heart of the nation, and so presidents have often turned to the sport in order to speak to the people at large.

Presidents have often used baseball as a means of unifying the nation under specific policy goals. To garner support for America’s involvement in World War I in the spring of 1918, Woodrow Wilson attended his first MLB game in over two years. He later declared there would be no wartime work stoppage for baseball, relying on the game to both imbibe deep patriotism in Americans and act as a vehicle for the Red Cross’s collection of funds. Likewise, George W. Bush used baseball in the wake of 9/11 to signify the unity and resilience of the American people and lay the foundation for his justification of the Iraq War.

The unfurling of a giant American flag and the playing of “The Star-Spangled Banner” prior to every professional baseball game remain as proof of the perhaps indelible impact on the game left by these two presidents.

But not every president has had such a harmonious relationship with the game. In 1937, for instance, Franklin Delano Roosevelt threw out the Opening Day first pitch while a plane flew overhead, carrying a banner that read, “Play the Game, Don’t Pack the Court”. The 1951 Senators crowd booed Harry Truman on Opening Day, protesting his removal of the beloved General MacArthur as Commander of the Far East. Although the Air Force Band attempted to drown out the boos, prompting the crowd to boo even louder as the President left the stadium in the 8th inning.

For the past century, then, a president’s attendance at a baseball game has been one of the best ways to gauge the nation’s level of approval of said president. Although this system of course has its flaws — MLB continued to love Nixon far beyond his Watergate days — presidents have typically understood the importance of attempting to win over baseball crowds, believing their image as a baseball fan integral to their image as a representative of America.

Trump is not the first president to eschew baseball (FDR and LBJ largely cared little for the sport), nor is he the first president to be resoundingly booed at a game. Yet the booing an the “Lock him up” chants that overtook Nationals Park Sunday night seem significant. This resounding rejection of Trump continues the long tradition of the political actions of baseball, but it also represents a break, or at least a surface crack. It offers an instance of political action equal and in opposition to the voracity of the singing of the national anthem prior to each game.

It of course stands as just one moment in the face of hundreds of thousands of flags and anthems. But every movement needs a beginning, and this seems as good as any to be baseball’s first step. 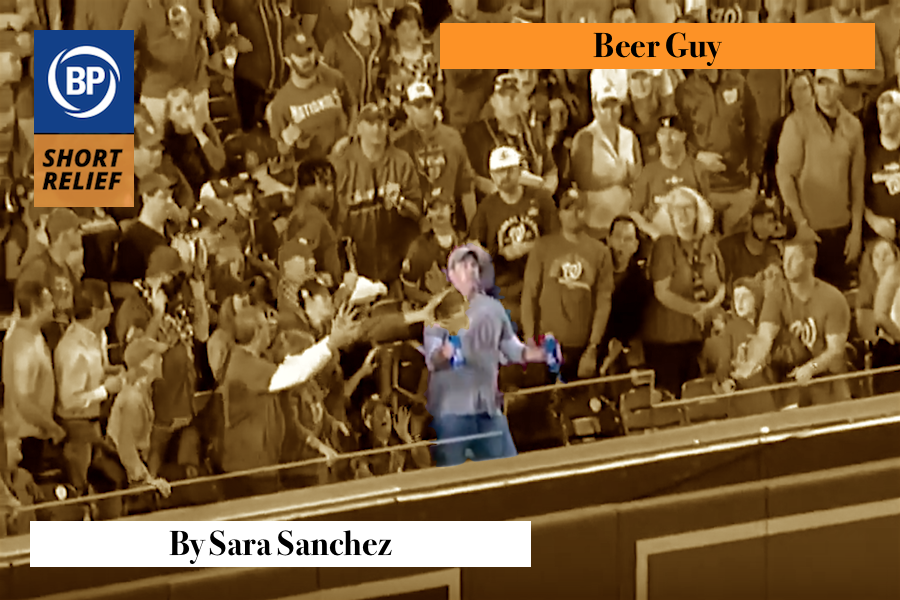 It rained all day on Saturday in Chicago and is set to rain for the next 72 hours in the city. The leaves haven’t quite hit their peak colors yet, but the weather is decidedly fall. It’s dark out too early, it’s just slightly too cold, and it feels like it will rain forever.

I miss summer already and will basically be thinking about it constantly until it returns sometime in mid-June.

There are only two places I really want to be on a warm summer day. The first is Lake Powell. A sprawling man-made wonder on the border of Utah and Arizona where water fills the Glen Canyon Recreation Area. It’s a surreal labyrinth of canyons and red rock cliffs with surprises around every corner and more coastline than Florida. It’s where I grew up spending weekends fishing with my dad and brother.

I currently live about 1,600 miles from Lake Powell, so escaping to a desert lake for the weekend is off the agenda most summers, but luckily for me my second favorite spot on a warm summer day is much closer: the left field bleachers at Wrigley Field. The bleachers are not nearly as serene as Lake Powell (okay, they are debauchery and chaos by comparison) but they are lovely in their own way.

Unfortunately for me the Cubs aren’t playing October baseball, so I haven’t been at Wrigley in a month, and I have to wait another five months or so before I can hang out in the left field bleachers again (right field sucks y’all). But for a brief moment on Sunday night a true hero at Nationals Park channeled that left field Wrigley energy like a champion. In the second inning with a runner on Yordan Álvarez broke out of his postseason slump with a two-run home run to left center. It was a brilliant hit, but the real hero of this play was Beer Guy.

Beer Guy was holding two Bud Lights that probably cost half as much as his tickets to the World Series. He also had a World Series home run ball, a gamer, heading straight for him. He had a choice to make, a choice that has faced all of us: protect the beer or catch the ball?

And then beer guy did the impossible.

He managed to save the beer by corralling the baseball with his chest. Perfectly directing the baseball to his feet. He didn’t even spill a drop until he bent down to pick up the ball. It was a moment so impressive that even Joe Buck was amused. Frankly, I’ve never liked Joe Buck more than when he zoomed in on beer guy to break down the catch the next inning.

It was a feat worthy of the left field bleachers at Wrigley, where beer guy is welcome anytime. 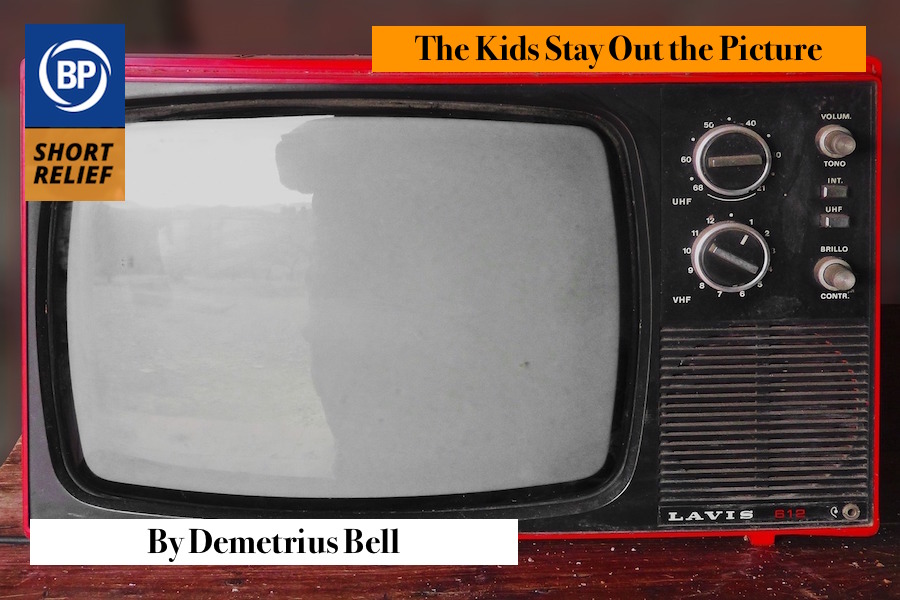 The television ratings for Game 4 of the World Series recently sent a bit of a ripple across the baseball atmosphere, and that was because they were pretty doggone low. Like, historically low. Naturally this’ll have people wondering what they need to do to get those eyeballs back, what needs to be done to jazz the game up some more and then the age old debate will get back started up. You know what I’m talking about here: The “Is Baseball Dying?” debate. It’s been everybody’s favorite debate for an entire century so it’s become one of the National Pastime’s greatest traditions.

That’s not how you and I operate. If you’re logging on to Baseball Prospectus to read stuff like this, you’re probably going to watch the World Series and find the time to watch baseball. As it turns out, we’re turning into a rare breed. For a lot of neutral fans, it’s the weekend and Halloween is looming — you’re either going to go out in your best internet meme costume and have a good time, or you’re going to do anything else other than watch the Astros turn a two-game deficit into a tied-up series. Why should you care? You’re probably more interested in who’s going to be the new manager for the Mets instead of wondering if the Nationals are actually going to lose all three World Series games in their ballpark.

Baseball as a national sport may be on the wane, but it’s never been healthier on a local level. In fact, we’re probably living in a golden age when it comes to local coverage of your favorite team. As such, this has resulted in a sort of “all-or-nothing” attitude for the fans. I don’t blame Orioles fans for wanting nothing more to do with baseball after the season they had. Why watch two teams you don’t care about when you can catch the highlights either on TV or on social media? It may sound wild to you but it’s becoming normal for the millions and millions of baseball fans out there.

You need to be logged in to comment. Login or Subscribe
Patrick
I assume it was FDR throwing out the first pitch in 1937? To my knowledge, Teddy was not packing the courts during his presidency.
Reply to Patrick
Llarry
And since Teddy died in 1919...
Reply to Llarry
yayroger
Fixed. Thanks folks.
Reply to yayroger