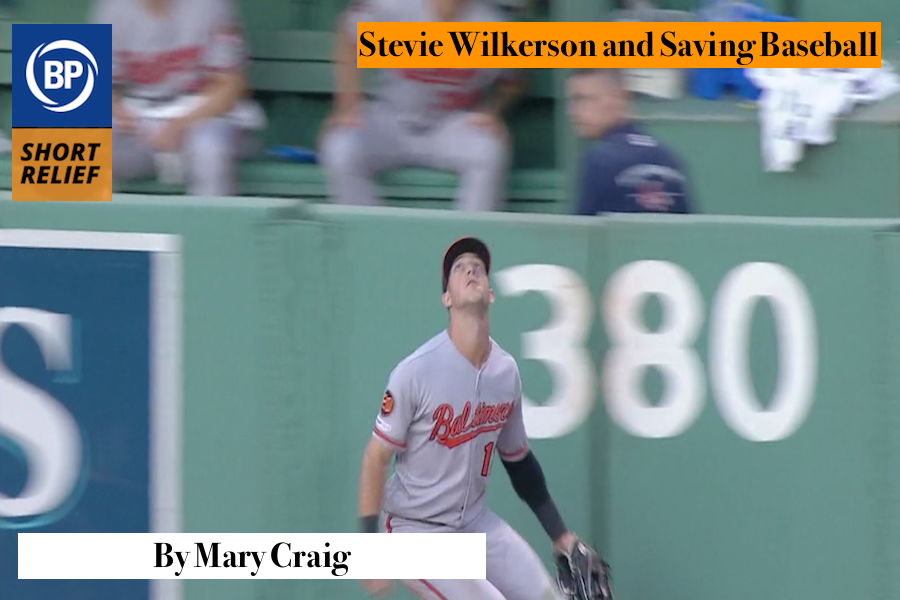 Last year, after several years of slowly distancing myself from it, I finally stopped watching football altogether. I reached a point where I could no longer justify my enjoyment of it given the degree of exploitation involved at every level of the sport. In this same timespan, I’ve found myself wondering with increasing frequency whether I should stop watching baseball, too.

Like football, Major League Baseball is built on exploitation. The league preys on the vulnerable, using the opportunity to fulfill a childhood dream to mask a multitude of sins. Instead of bemoaning the working conditions and poverty-level wages in the minor leagues, players — particularly those from Latin America — should express gratitude for being given the chance to earn a better life. Throughout its history, players and fans have been told that playing professional baseball is a privilege, one that supersedes individual rights.

Players who have fought for more, decried the reserve clause, the antitrust exemption, the pervasive racism, have been rewarded with the label of “ungrateful” or “lazy” or “greedy”. From an early age, players are taught that nobody can single-handedly steer a team to victory, but one person can cause defeat, and so the only way to avoid such an end is by adopting a team-first mentality. This mentality hinges on the notion of accountability as silence; players are accountable to one another within the confines of the clubhouse, and any externality is a betrayal of the team. Thus, players refrain from being “loud” or causing distractions in raising questions about the system. They are cautioned against questioning this power structure, resulting in almost eager defenses of teammates against a myriad of accusations, including domestic violence and sexual assault.

As a result of this twisted conception of accountability, MLB and its various ownership groups find themselves accountable to nobody. They’re free to engage in the human trafficking of Latin American players, to suppress player salaries, and to use the profits from both to lobby Congress for greater spheres of exploitation. For most owners, the sport itself falls a distant second to the opportunity ownership provides to increase their net worth and notoriety among the elite. The wills of players and fans, then, are at most minor obstacles to be removed.

It’s clear that baseball — if it were ever designed to function differently — is broken, and that being a fan requires complicity in its injustices. It leads us to talk of players as commodities, to see 14-year-olds not as children but as the key to future franchise success, to critique instead of empathize. We are trained to defend ownership positions even when they undermine our good as fans. And most of us don’t even know this has happened to us.

The question, then, is whether baseball is repairable. There are many reasons, particularly in the past couple of years, to believe the answer is ‘no’, to think that exploitation is so fundamental to its operation that rescuing it is impossible, and to conclude that the best course of action is abandonment.

I’ve traced those lines of thought almost too many times to count, but there’s always something that pulls me back in. One such occurrence happened during Sunday’s game between the Red Sox and the Orioles, two teams whose seasons were profoundly disappointing and who couldn’t have had less to play for. Most of the game was entirely unremarkable, until Stevie Wilkerson did this: 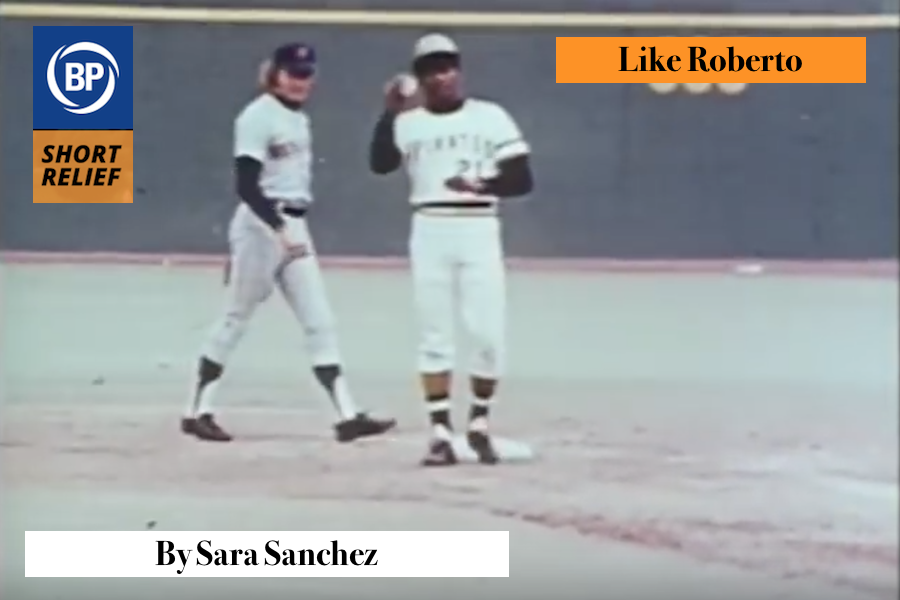 Major League Baseball has a lot of awards. There are players of the week, players of the month, All-Stars, MVPs, and batting titles. The Baseball Writers’ Association of America votes on a few of the above, and also on who gets inducted into the Hall of Fame each year. Not to be outdone, or excluded, the Internet Baseball Writers Association of America does a shadow ballot for many of the same awards.

There is one award that stands alone. The Roberto Clemente Award is “the annual recognition of a Major League player who best represents the game of baseball through extraordinary character, community involvement, philanthropy and positive contributions, both on and off the field.” Every team nominates one player, and I always love reading the incredible work my baseball heroes are doing in their neighborhoods and communities. It’s a fitting tribute to the legendary Pirates outfielder who died too soon trying to deliver hurricane relief supplies to Nicaragua on New Year’s Eve 1972.

But every year as Roberto Clemente Day is celebrated and this great man is remembered for his humanitarian work I’m drawn to one of my favorite pieces of baseball writing about Clemente: The Greatest Forgotten Home Run of All Time. You see, on July 25, 1956, Roberto Clemente was in his second season in the majors when he hit the only inside-the-park walk-off grand slam in the history of baseball. Far from celebrating the feat, Clemente’s manager remarked at the time that he was lucky to not be fined for running through a stop sign at third base.

Baseball is a game that still bristles at the type of flash and brilliance Clemente embodied. The instincts and confidence that led a 21-year old Clemente to blow through Bobby Bragan’s stop sign is on display every night by exciting young players across Major League Baseball. Despite a catchy “Let the Kids Play” ad campaign, across the league players still take heat for bat flips, celebrations, tilting their caps, or otherwise daring to play baseball with their hearts on their sleeves and their hair on fire. The phrase “playing the right way” never fails to rear its ugly head, and it seems to be deployed more often at young players of color in moments all fans should celebrate.

Clemente is rightfully in the Hall of Fame, and if you know what to search for it is possible to find an article here or there about one of the greatest home runs of all time. But as we celebrate Clemente’s humanitarianism, we should also celebrate his baseball brilliance and be wary of the reactions that would seek to diminish that. This postseason, one of the greatest gifts fans could give Clemente’s legacy is committing to be watchful for the same old racism that put baseball’s only inside-the-park walk-off grand slam in the category of an offense that barely escaped a fine. 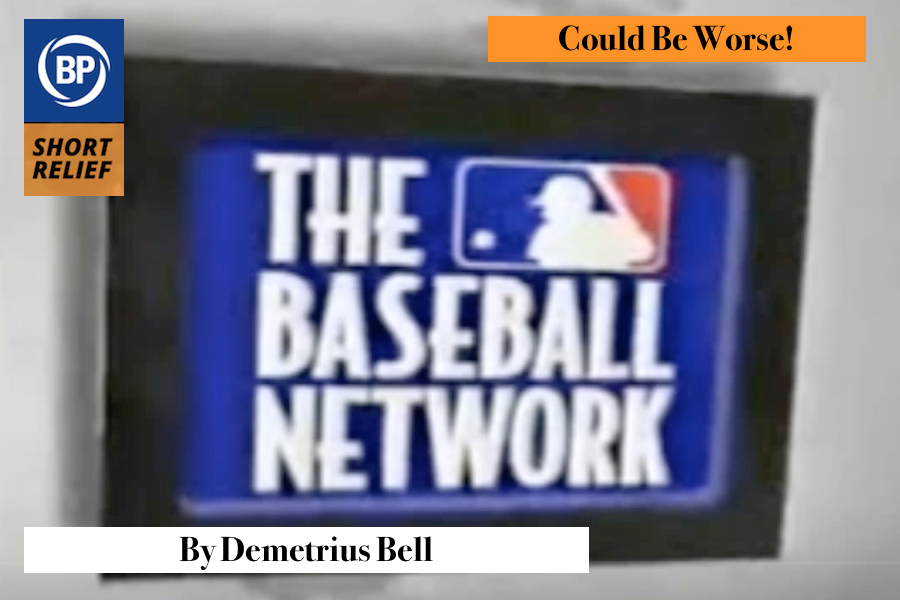 As a Braves fan, 1995 is a special year, and it’s also an interesting year for baseball in general. The sport was still in the process of recovering from the strike, this crazy and wacky concept known as the “Wild Card” was finally going to be seen in action, Cal Ripken Jr. became baseball’s Iron Man, and Michael Jordan decided that baseball wasn’t for him. It was a fascinating time for the game.

The TV deal was especially weird. 1995 was the second year where The Baseball Network was a thing. No, this wasn’t a TV channel that was solely dedicated to baseball — that’s a preposterous idea and nobody will ever go for such a thing. Instead, this was a very strange agreement between MLB, ABC and NBC where MLB would produce the telecasts of select games and then they would pay one of those TV companies to broadcast the game.

It was a very, very primitive precursor of the “preposterous idea” that would turn into the MLB Network, but it became very clear early on that this was an idea that was way before its time. It seemed like a great idea at first. Who wouldn’t get excited about some of baseball’s best commentary crews all coming together under one umbrella to call big games on broadcast TV on “Baseball Night in America?” It’s a great idea!

Well, it’s a great idea in a perfect world, and this isn’t a perfect world. ABC and NBC treated each other like WWF and WCW did around that same time period, in that both companies were loathe to actually acknowledge that the other one existed. The Network was so bad at picking and choosing which markets could watch certain games that it got to a point where if you were a Mets fan in New York and the Yankees were on the Network, you were blacked out of the Mets in New York. That’s a mess.

The weirdest decisions were made with playoff games. One of the assumed benefits of getting into the postseason is that you get to play on national television. The Baseball Network made it so that only one playoff game could be shown on each network affiliate and the games were split regionally. If you were a Ken Griffey Jr. fan who lived in New England, too bad! You didn’t get to watch the Mariners play the Yankees since you were blacked out and had to watch Boston play Cleveland. Even the Championship Series were played simultaneously!

This was clearly a boondoggle of a television agreement, so The Baseball Network died a quick death after just two seasons. If you ever find yourself in a position where you want to complain about the current state of baseball broadcasting, just remember what things were like back in 1995. It absolutely could be worse!