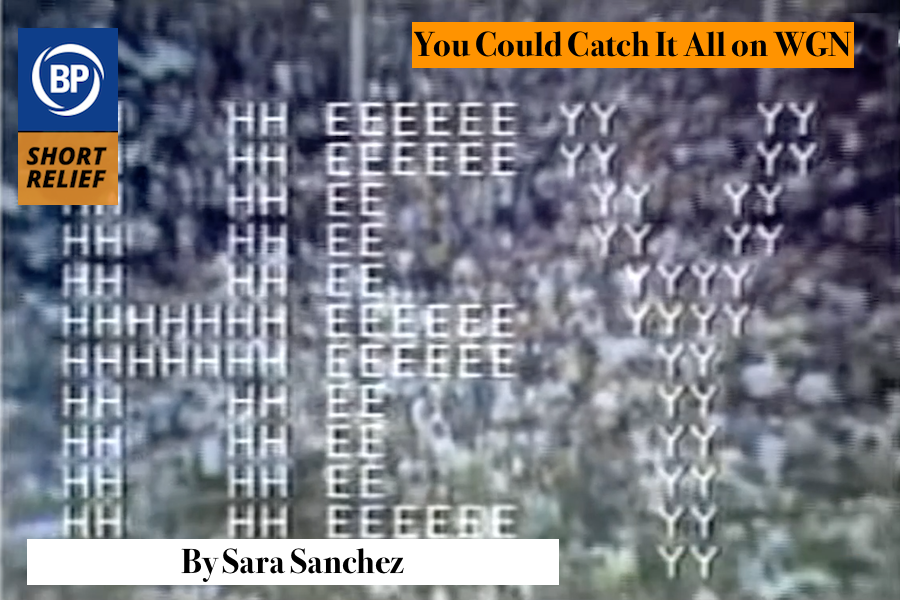 I was ten years old and I couldn’t get home fast enough. Mrs. Barnes was an outstanding teacher, but there was nothing she could say that was as interesting as what was waiting for me at home.

The Cubs were trying to make the playoffs and I had set our VHS to record the game so I didn’t miss a single second of baseball.

It’s not an accident that my little town in a dusty corner of Utah is full of Cubs fans. In a world of broken TV baseball coverage the Chicago Cubs hit the jackpot. Millions of would be fans just like me could watch the Cubs on WGN despite living hundreds of miles from a team.

The 1948 Chicago Cubs had no idea they’d make it all the way to Price, Utah. Two years earlier TV stations in Chicago had begun trying to cover baseball to varying degrees of success. Fans complained about the limited angles and miniature players. At least one game failed to broadcast at all. Yet despite being pretty terrible at fielding a baseball team (the 1948 Cubs finished 64-90), Phillip K. Wrigley knew something about marketing. PK was sure television was a good for baseball, so he signed a deal with a new TV station — WGN — to broadcast Cubs games:

We are confident that television, handled with imagination and understanding, will bring baseball closer to vast numbers of Americans. It will result eventually in bringing many more persons to ball parks to get a close-up, personal view of the dramatic scenes and colorful characters they become acquainted with on the television screens.

Many owners resisted putting their games on television because they feared it would keep fans out of the ballpark, but PK knew baseball was its own best advertisement. While I’m sure he never imagined that a few key moves in the late 1970s would lead to millions of Americans seeing his team, it’s undeniable that they fell in love with it too.

Some generations grew up on Jack Brickhouse, and others on Harry Caray. My uncle is a Cubs fan who grew up in Tucson, Ariz. — his favorite player is Ernie Banks. I grew up 600 miles away in Price, Utah idolizing Ryne Sandberg. WGN was the soundtrack to the springs, summers and every lucky so often, falls, of both of our lives.

The superstation experiment has been over since 2014. Far too many owners were jealous and otherwise concerned about all those Cubs and Braves fans to let it persist much longer. However, even after 2014, you could still watch games in the Chicagoland area on WGN each season.

Today is the last Cubs game WGN will carry. They’ve made me laugh, throw things, jump up, collapse and cry. The first regular season game broadcast by WGN was a 1-0 loss to the St. Louis Cardinals on April 23, 1948. We’ll find out tonight what the last game, also against the Cardinals, will bring for a Cubs team that has been in free fall since September 17th. But one thing is assured: there will be a lot of Cubbie blue in the stands. They may be unlucky in baseball but they are loved in every corner of the country. Thanks to WGN. 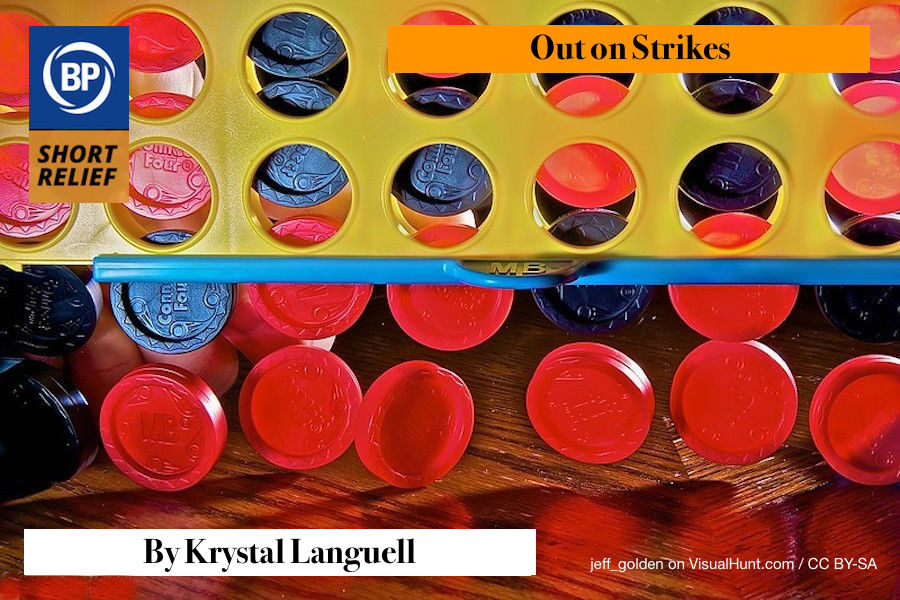 It’s not all it’s cracked up to be, staggering to the finish line
Trivia night beckoning to the couch every night on youtube
Stop talking to me about corners when you mean intersections

Of course there are other ways to put the uniform on
Jacket weather, leather sweater weather, the yule log
The wicked witches are melting, moving under the awning

All the cortisone shots in the world and false negatives
A pipe dream! His contusion more a gorilla in the room
She recalls an ancient peony with butterfly wings 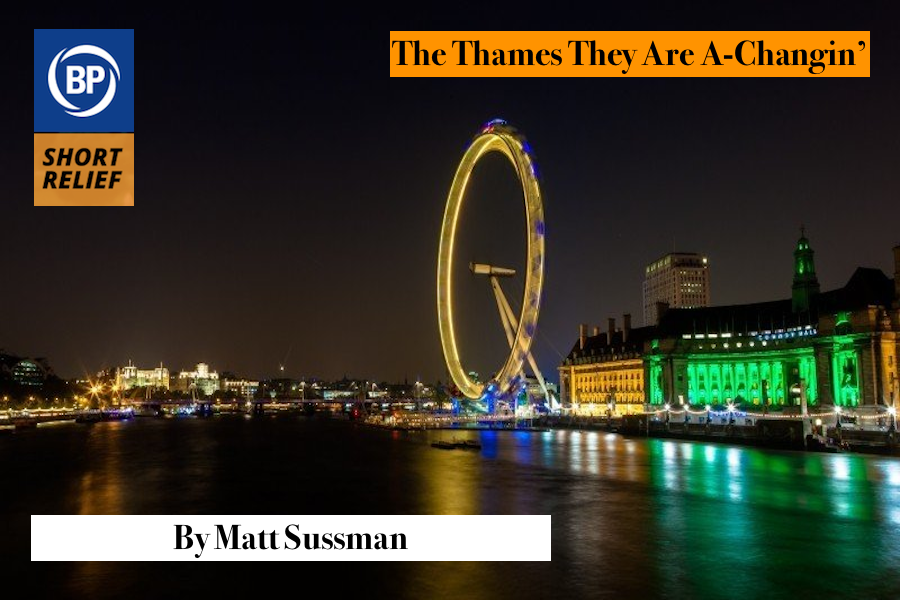 As everyone knows, the River Thames is an English river that flows through London and contains a lot of water. We’d all love for it to be pronounced thaymes, like Eric Thames. However, the locals decided to pronounce it tems, like Marcus Thames. And they both make great points. This could be the next “number of batters necessary to bat around” argument, which always seems to take nine steps before we go in circles. So with the understanding that it might not drum up strong feelings on the Internet, we have to try something. Onward with teaching the controversy.

On one hand, which in this case is the right-handed argument, it should be pronounced “tems.” Or specifically, according to the pronunciation guide, “tims.” Marcus Thames was an outfielder primarily with the Tigers and is currently the Yankees hitting coach. His coaching has primarily consisted of “just hit it to right field, you could get a stone garden gnome into the seats with a 9-iron” and it’s worked wonders for a team that’s had a bunch of injuries. He is also incredibly strong himself, averaging a home run every 17.5 plate appearances. Rod Allen always called him “country strong,” and there’s no reason the H can’t be silent. Perhaps the river was named during a brief French invasion that went unrecorded in history.

On the other hand, from the left side of the plate, Eric Thames would have you believe that the letters all point to using the th- sound and rhyming it with “games.” Thames is equally as strong, possibly more, because he has to be. Dingers were socked abundantly during his three years in Korea (124 to be precise), where he learned his power stroke, and another thing you learn overseas when unfamiliar with the language is to just say it like it sounds. It’s a good rule to live by, and we don’t follow it nearly enough, because picking apart the irregularity of English spelled words is sometimes like shooting ghoti in a barrel.

Eric and his Brewers are back in the playoffs, and so are Marcus’s Yankees. What this means is that I now must root for a Yankees-Brewers World Series, the winner of which gets to once and for all decide how to pronounce that dang river. Until then, we’ll all have to swim in denial.