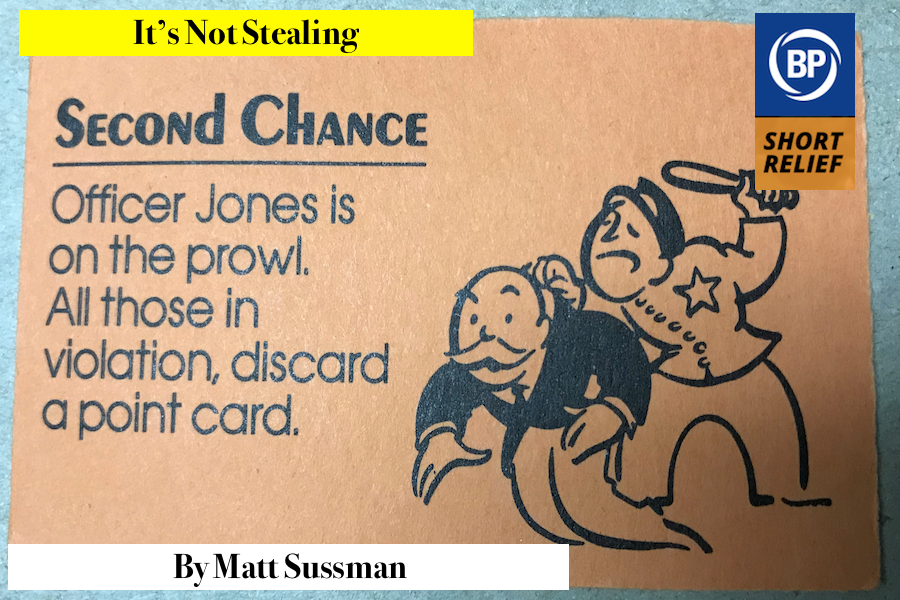 As you sit down and stare out the window on a fair mid-September evening, with the sunset approaching ever sooner, not unlike the denouement of the regular season, you gaze not only at the outside world but your own self, and how many hours were spent caring about a baseball team that has become nothing more of an ancillary footnote, and rather than confront the absurdity of the time spent, you wonder why it’s called a stolen base.

The concept of the “stolen base” was wildly different 150 years ago. Back then, it was any base advanced past the one you got for a single, and I supposed they were “stolen” because, more or less, you were entitled to the one base for the accomplishment of a single, and anything else was extra credit. Of course, there’s no such thing as being awarded a base on a ball in play — you could reach safely on a bunt or even be thrown out from left field.

So since the “steal” implies that the base shouldn’t have been yours— it’s a long month, hopefully I’m somewhere near a cogent thought by now — and all bases are attempts at being a throw and/or a tag, then the steal is simply a situation. All bases which require outrunning and eluding a defensive effort are steals.

A steal is more evocative than simply saying you took a base, or you advanced. You know exactly what you mean by a steal these days. You ran to a base while the pitcher pitched. Of course it’s not a steal if they didn’t try to throw in the last inning of a blowout, and you didn’t steal if you ran after a wild pitch, or pickoff, or performed a Baseketball-style psych out of the pitcher mid-delivery, forcing a balk. (It works, like, once a year somewhere.)

But stealing feels wrong, maybe because it is wrong. Stealing is a form of lying and there is nothing untruthful about wanting to advance a base. It’s a form of stealth, or sneakiness. Maybe that’s it. Let’s call them “sneaks.” That would also make them “snuck bases.” We don’t even need to change the SB abbreviation. We got used to “injured list” this year, we can definitely make this work. If we want to use a wrongness somewhere in the definition, we can clean up the awkward “stolen base attempts,” “caughts stealing” or “would-be attempted base stealers” by staying in the sin bin and call these attempts “coveted bases,” “sneak outs” and “Molinas” respectively. (Or “sneakers,” if you’re pro-Molina, which most of us are.)

We can change history in the next few weeks and the alternative is watching teams angle for top ten draft picks. 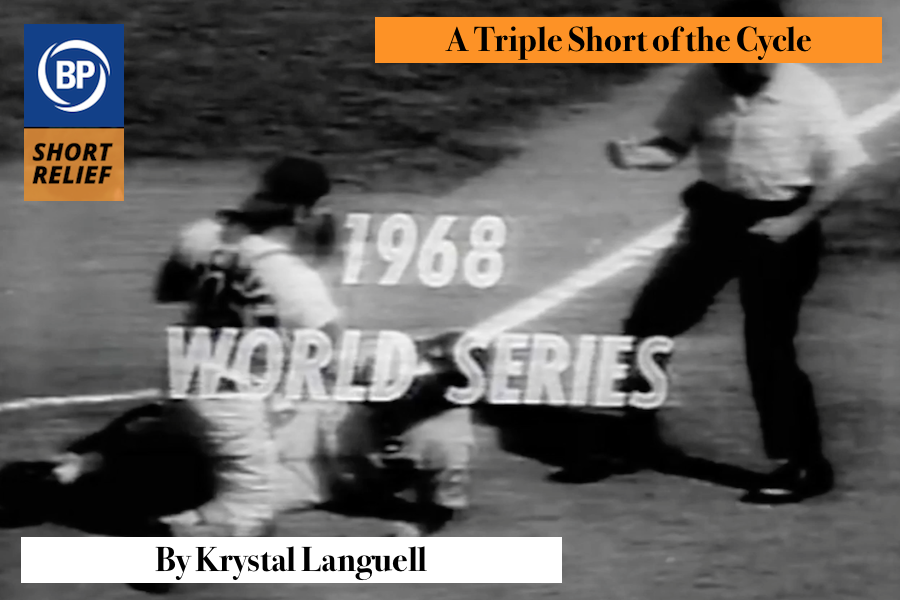 A footnote to history, a parallel universe
exists where potential is high-value currency

When you’re a triple short of the cycle
you’re having a very nice day, not failing

My friend told us about her dad sighing
when the Cardinals won the World Series.

She said: This is a great outcome!
His reply: Not if you’re a Tigers fan. 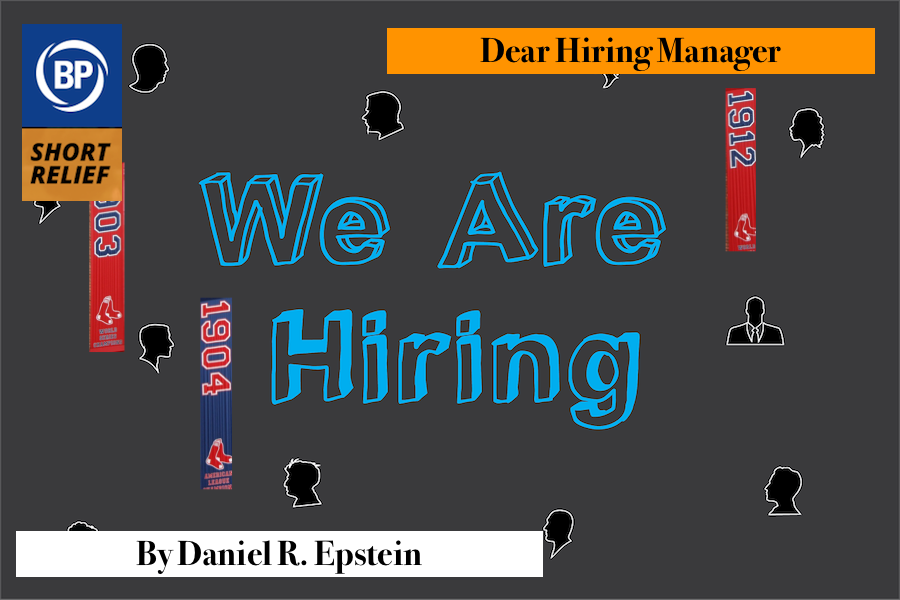 I am applying for the position of Boston Red Sox team president. Thank you for reviewing my resume and application.

While I lack any relevant work experience in the field, I am a lifelong baseball fan. As such, I feel very confident giving quick, inflexible, decisive opinions on all aspects of how an organization should run, often at high volume in crowded spaces. While I wouldn’t exactly call any of my exclamations an “organization philosophy,” “long range plan,” or “coherent sentence,” I’ve learned from sports talk radio that the loudest person wins the argument.

In the interest of full disclosure, I don’t even like the Red Sox. As a Yankees fan, you are my sworn enemy, and I doubt I can set aside allegiance. I will be inclined to discard Mookie Betts, Chris Sale, “Sweet Caroline”, and really anything not bolted down. I’ll sell off Fenway Park brick-by-brick and erect a statue of Bucky Dent in its place.

While this may be off-putting at first blush, my distaste for everything you represent is EXACTLY why you should hire me. The ideal modern team president espouses three important qualities:

In fact, I actually know of someone even more highly qualified than me: Harry Frazee. The former Red Sox owner displayed all three desirable traits by selling Babe Ruth to the Yankees to fund a Broadway play. He was ahead of his time- the perfect choice for a modern team president. Sadly he is deceased, so you are stuck with me!

Speaking of Red Sox history, I plan to incorporate a famous Ted Williams anecdote into my team-building philosophy. At the age of 40, Williams batted just .254 and requested a 30 percent pay cut. The next year he hit .316. The lesson is to stock the roster with 40-year-old players willing to accept pay cuts, and that’s just what I’ll do!

They say “flags fly forever,” and I’m sorry, but that’s basically true. No one can take away the painful reminder of how the 2018 team spent a few million more than the luxury tax limit. As team president, I would never throw away good money in pursuit of frivolities like 108 wins and a World Series title. I’m here to make sure you never spend money on extraneous on-field talent again.

I understand the previous job occupant earned more than $3 million annually. He was clearly inept though; otherwise you wouldn’t replace him! As a team president who understands that winning isn’t everything (or even anything), I will command at least $5 million per year. Also, I prefer to be paid in unrolled nickels, so I can throw them out of my office window at Bostonian passersby.

Thank you for considering my application. Given that I knocked this letter out of the park, I expect to hear from you shortly.