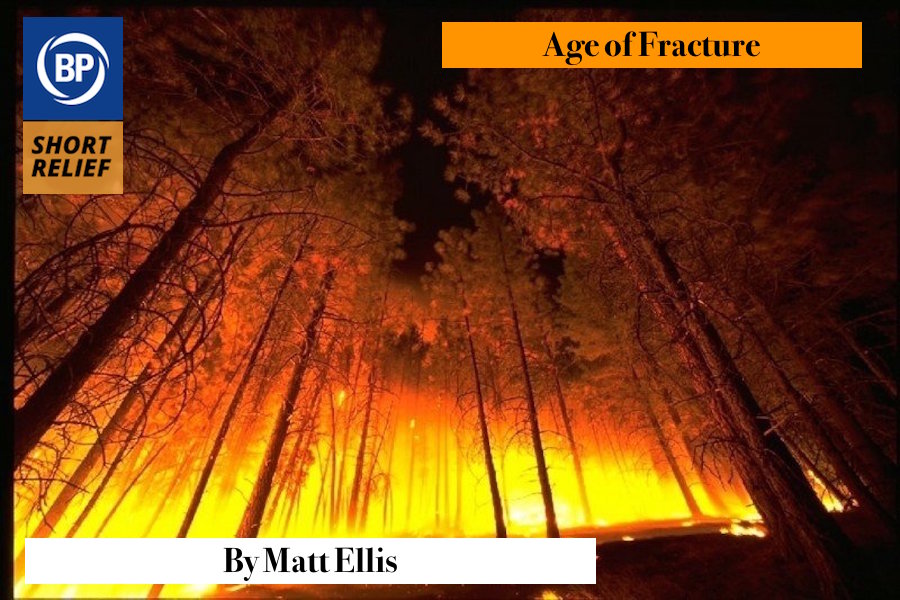 I remember Nebraska, once, or maybe it was Kentucky. There were fields and it was flat, and there were buildings with huge, boarded up windows and some trees. Those were things I had at home, too. But for some reason these ones seemed distinctly different, as if the very matter making up the grass and the brick and the wood were comprised of an unintelligible language where only the shapes of the letters felt familiar.

I remember listening to the radio through my cell phone, wishing I was somewhere else, and feeling if not comforted, then at least in stasis, assured there was indeed a baseball game being played over there, in Seattle, and that there were people there, watching it, as if to promise me the place still existed, was still peopled through the evidence of my ears alone.

One time in college, I skipped the second day of class to drive three hours to Safeco Field. I had actually driven up two days before, but I wanted to see Félix Hernández, so I decided to throw caution and my non-existent finances to the wind and let the present Be. The class itself — if I passed, if Félix won or lost that night — no idea. But I do remember going, and I remember feeling like somehow, the ritual of the whole thing was the point. I remember it felt nice to hear the sounds all blend together like one of those old nature soundscape CDs they sold at Target with the demo buttons on the display you’d press while shopping with your parents that had samples of tracks named like “Babbling Brook” or “Evening Sedona Breeze,” except here it was a guy selling caramel popcorn amidst a PA system playing deep cuts off ESPN’s Jock Jams album in between pitches.

If I said that baseball had ever provided me an escape, it would be somewhat of a lie. It’s a sentiment I hear often, and it emerges from, I would argue, two opposed tendencies in contemporary culture: on the one hand, the forces of reaction who just want to witness spectacle and athleticism free from the concerns of constitutive questions of race, class, sexuality, and anything else “invading” their favorite pastime, as if it were ever free and evacuated of said questions in the first place. The other, perhaps, would come from those who feel helpless under the weight of any number of contemporary society’s irreconcilable contradictions, looking for a narrative of hope or a promise that it all might, somehow, work out in the end.

The latter tendency, I must admit, feels more and more tenuous by the day.

I watched the final outs of Justin Verlander’s no-hitter the other day, and while I wasn’t repeatedly checking my phone for the latest update on the UK Government falling apart, Bolsonaro and the Amazon, more irregular weather in this unusual New England summer, or the path of Hurricane Dorian, I couldn’t help but feel I wasn’t fully paying attention to anything, at all, at least not with my conscious mind. The innocent presentism of that afternoon at Safeco here quickly blended into a more nefarious presentism, one in which the past of memory appeared to me as utterly out of reach alongside a future always already unfolding, a state in which tomorrow folded back into today, again and again, in a moment that suggested the coming crisis is both here and waiting up ahead, a shadow bent backwards into the day.

Soon there was a strikeout, and then a grounder to third, and Verlander was quickly celebrating his third career no hitter on the same mound he achieved his last. He was wearing a bright orange jersey, and one day he might get another, wearing gray, for his third no-no, again. Maybe I’ll still be watching, hoping for the worst and fearing for the best. 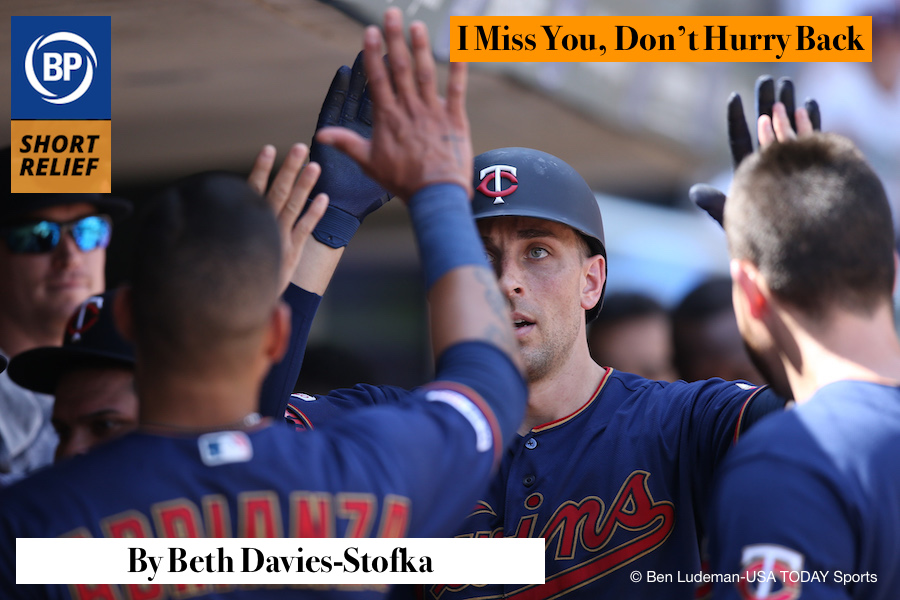 My mental and emotional work can be pretty tough, so I watch the mental and emotional labors of ballplayers very closely. During games, I study their body language, the look in their eyes, and their response to pressure. I scrutinize them because I want their strength. Sometimes, it works. The satisfaction of watching a batter overcome a slump encourages me to believe that I’ll get past mine. Seeing a pitcher overcome the odds, sometimes with nothing but guile, inspires me to keep facing my own problems. A player’s motivation to win when they are tired, or the spark just isn’t there, helps me figure out how to keep going. Their stories are like my story, and they are my heroes.

That’s why I was bored during the steroid era. Those record-breaking feats of strength and skill could never be mine, so those heroes were not mine. I kept a toe in, just to stay with the pulse, but with no one to connect to, I pretty much tuned baseball out.

You and I were reunited in 2005 by Ozzie Guillen and the Chicago White Sox. Do you remember? I was so glad to see you again. You brought baseball back within reach. When the leadoff guy hit a single that was me, spending extra time helping a student revise a thesis. When a player stole a base that was me, entering a no-stakes dance competition despite my fears. A sac bunt was me, taking someone’s class for a week so she could take her children on vacation. Pitching to contact was me, summoning courage to stand at a microphone and read a poem out loud.

Oh, small ball. My life is small and you fit into it so well. Now home runs are up – way, way up – and you don’t come around much anymore. I’m embarrassed to tell you this, but it would be okay if you stayed away for a while. Nowadays, home runs are wonderful. This isn’t like the steroid era. Now, everyone hits them and their stories are like my story. The home run of a hitter in the eighth or ninth slot is my home run. It’s my “saved someone’s job.” It’s my “shared my sandwich with a homeless person.” It’s my “donated blood.” I have a whole new world of heroes.

Small ball, I miss you. But don’t hurry back. 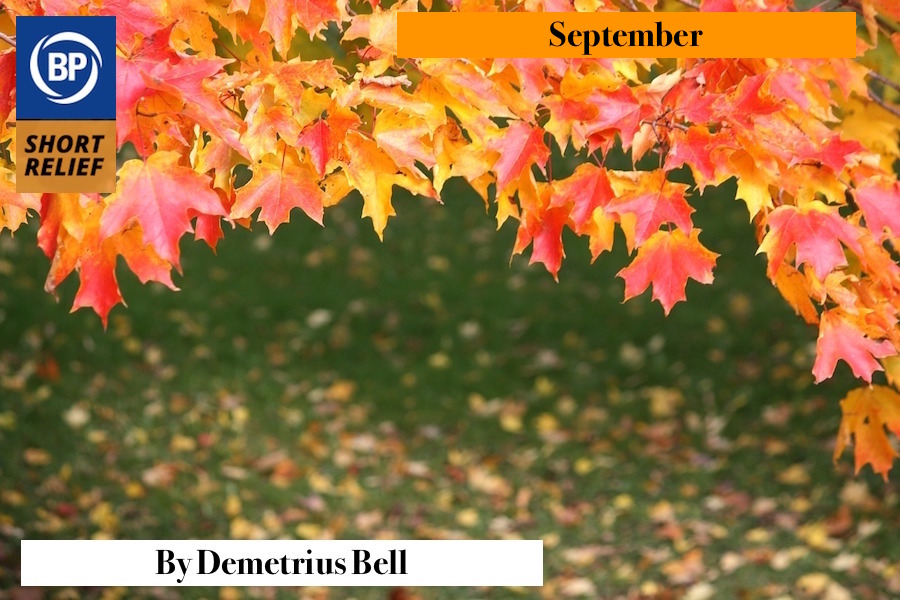 September is a weird time of year for me as a baseball fan. For the past couple of years, it’s been exciting since my favorite team is currently at the top of the division and looking to make sure that they end September with the opportunity to play in October. If your team is currently in that position, you should cherish it, since things could always change on a whim, and there’s a few fanbases who haven’t really gotten to experience the daily rush of seeing your team involved in a pennant race.

For the fans of teams who are heading nowhere and just playing out the string so that the offseason can finally begin, it’s a bittersweet time. The part that’s such a bummer is the fact that you’re on the outside looking in, and a long, arduous drag of a season is about to come to a close, and your team is nowhere near the top. It’s either been an underwhelming season where your team failed to live up to expectations, or it’s been one of those increasingly common seasons where the fans slowly accept that a lost season in the present can hopefully turn into a glorious season in the future.

Either way, the arrival of September during a failed season also means that the clock is running out on baseball in general. While casual fans of these bad teams are likely to just tune out and count the days until the next sport that they care about rolls around for another season, the hardcore fans who have stuck with the squad from sunny spring training into an awful autumn are likely going to end up missing their terrible team once the season finally comes to an end. Yeah, it’s bad baseball, but it’s your baseball, and having to go through most of the fall and the entirety of winter just to get back to seeing your favorite team in action is such a long wait. Anybody would miss it!

On the other hand, there’s a sense of optimism in the air, since now that this season is over there’s nowhere to go but up as far as next season is concerned. If you barely miss out on the playoffs, the good news is that next year will surely result in your squad getting over the hump. If your team lost 100 games, they surely won’t repeat it twice in a row (or in the case of the Orioles, three times in a row. Yikes.). The new guys who arrived for September are going to show off tiny flashes of brilliance and remind you of what the future will be like.

The best thing that comes from the end of a lost season is the tiny bit of optimism that turns into a full-blown belief that your team is going to go 162-0 next year if they win on Opening Day. That’s how they’ll always keep you coming back. Hope is this sport’s strongest currency.